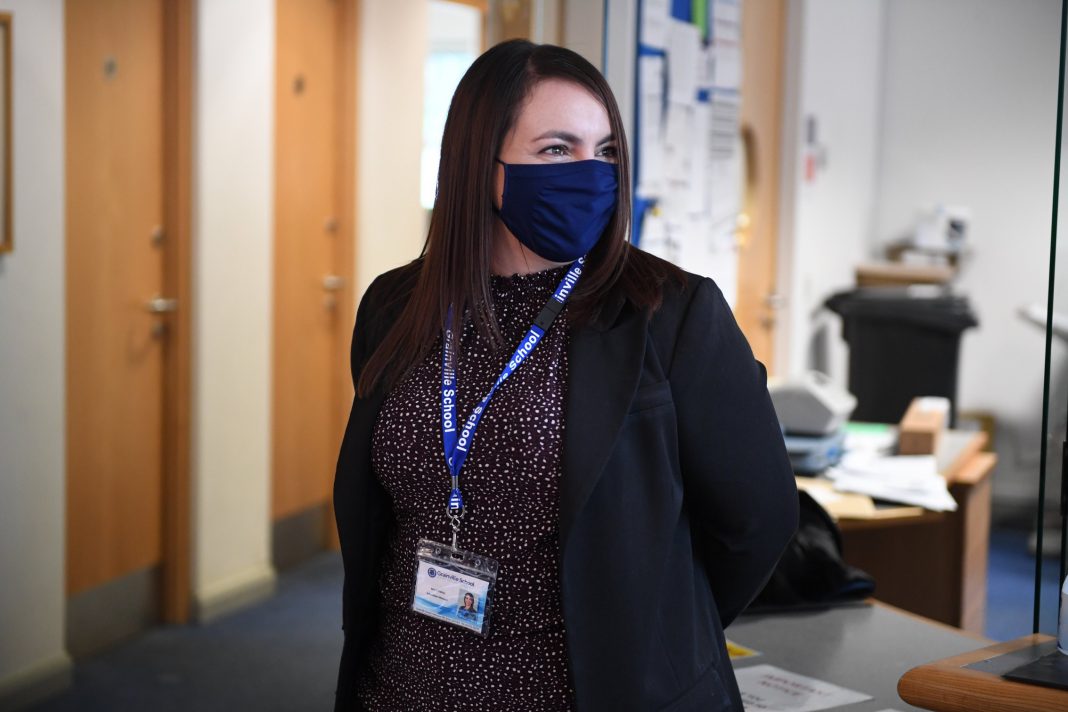 Senator Tracey Vallois said she had been in discussions with Health Minister Richard Renouf and other ministers about putting teachers in the same category for vaccinations as frontline staff.

Schools are currently on an extended Christmas holiday but are due to reopen on Monday. Senator Vallois said that the evidence she had received from deputy medical officer of health Dr Ivan Muscat and medical director Dr Patrick Armstrong was that the mental-health and educational risks to a prolonged absence from school outweighed the potential risks of catching Covid-19.

Senator Vallois said: ‘Teachers are dealing with lots of different pupils on a daily basis and with the uncertainty of this new variant which could be on the Island, teachers need to be considered as frontline workers.

‘Especially, at schools like Mont à L’Abbé where they are forced to be more hands on with pupils as it is part of their duty of care.’

Currently teachers will be vaccinated depending on which tier they fall into. This depends on their age and whether they have underlying health conditions.

The Education Minister added that she would continue to push for teachers to be grouped together and given vaccination priority as she felt it would bring a resounding feeling of comfort to pupils and staff. A petition calling for teachers to be included in the first stages of the vaccination programme had gained more than 700 signatures by yesterday afternoon.

Senator Vallois added: ‘The reassurance of teachers being vaccinated would make both staff and students feel safe and would allow them to give full concentration to teaching without having the lingering fear of catching Covid in the back of their minds.’

The minister admitted that due to the mixing of different subjects and classes there was a higher risk of transmission within secondary schools.

‘It is a more difficult task dealing with transmission rates in secondary schools but mitigations are being put in place and we are learning our lessons from last term,’ she said. ‘We want to improve our contact-tracing system and some schools in particular are asking and recommending that pupils wear masks when in a classroom environment in order to reduce that risk – which is an option we are continuing to look at.’

Which year groups may be asked to wear masks would be dependent on medical advice, the minister said.

‘I’m aware that some secondary schools are asking for them to be worn in class but I know that officers are in discussion with STAC around the health advice on mask wearing and whether it should change for other year groups as a requirement,’ she said. ‘There also has to be consideration given to those unable to wear masks like we have currently and also the potential impact it can have on our education offering.’

Schools have conducted individual risk assessments and Senator Vallois said that they all had a designated team who would communicate with contact-tracers to identify pupils who may have been in direct contact with a positive case within school.

She said: ‘Our team have really been focusing on nailing the testing procedures as we do not want any hiccups moving forward. The introduction of a designated person in each school will help the process run more smoothly.’

Students who were scheduled to sit exams this summer will now be given teacher-assessed grades after the UK Education Secretary, Gavin Williamson, announced to the House of Commons on Wednesday that A-levels and GCSEs would be cancelled in England.

Despite not being in lockdown Senator Vallois said Jersey would follow any decision made by the UK and Ofqual.

‘We have to follow suit as Ofqual provide our syllabus and we cannot simply switch syllabus as this would be detrimental to a child’s learning. Whatever decision is made in the UK will directly impact pupils in Jersey.

‘Whether it is teacher-assessed grades or exams, students need to be given the best chance to learn the syllabus they are taught and be given clarity and direction in terms of what they will be faced with this summer.’