David Miller’s murderers will no longer face the death penalty

David Miller was killed on Koh Tao island in September 2014, when he was 25 years old, alongside UK resident Hannah Witheridge (23) who was also raped.

The decree followed repeated calls from Mr Miller’s family, who said that although they were sure the pair – Zaw Lin and Wai Phyo – were guilty, ‘there had been enough death’.

In a statement, Mr and Mrs Miller said: ‘We are grateful to His Majesty the King of Thailand for showing his clemency today to the murderers of our son, David.

‘Zaw Lin and Wai Phyo finally admitted to the rape and murder of Hannah Witheridge and the murder of our son, David, on Sairee beach in September 2014. This followed a string of unsuccessful court appeals culminating in the Supreme Court of Thailand.’ 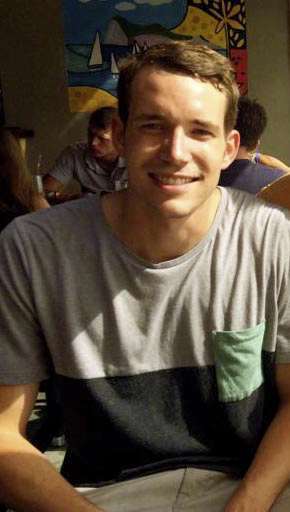 The conviction of both men was mired in controversy after their families leapt to their defence – claiming they had been framed and had initially confessed under duress.

Mr and Mrs Miller have now said they are pleased that third parties had not stopped authorities from bringing their son’s killers to justice.

‘The final admittance of their guilt has allowed this act of clemency to become possible and brings to an end a lengthy and disturbing period where activists on social media made reckless attempts to influence justice in Thailand and public opinion elsewhere. But in the end the truth has been revealed,’ the statement added.

‘Every moment we miss our son. Our thoughts are also with the Witheridge family and the tragic loss of their daughter.

‘We hope that these two murderers will now spend a very very long time in jail where they cannot harm other families and will have time to reflect on their stupidity.’