Fishing boat runs aground after man at helm nods off

Marine tracker websites show that the vessel – L’Ecume II – motored directly into a sandbank off Belcroute, with the crew making no attempt to steer away.

Boat owner Michael Michieli, and the crew member who
nodded off after being left in charge, were rescued by the emergency services. Neither was injured.

Describing the incident, Mr Michieli’s daughter Rebecca said: ‘They had been over to France and they had been working for 48 hours.

‘My dad was resting and asleep downstairs, and as they got closer to Jersey the crew member in the wheelhouse also fell asleep for a few minutes.

‘He must have been tired as he didn’t hear the beeping – in the wheelhouse there is a beeping noise to keep you awake and it keeps getting louder until you press it. He was out for the count for just a few minutes.’ 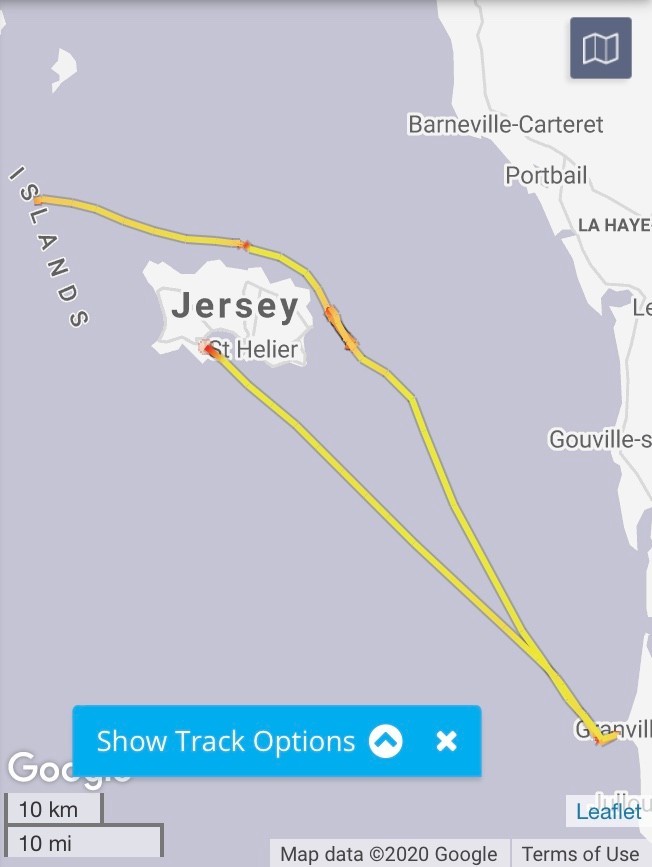 The accident happened as the boat returned from Granville for the first time in weeks. Lockdown restrictions have devastated the export market. Many local fishermen, including Mr Michieli, have since been making a living by selling their catch from ‘pop-up’ stalls.

Ms Michieli added: ‘It was purely an accident and we are very grateful to everyone who came to help. It was just one of those things – and my dad even joked that he should say they were just trying to create a pop-up fish stall.’

The RNLI St Helier and Fire and Rescue Service inshore boats were called out to the scene at about 3am yesterday.

An RNLI crew member was placed on board while the two fishermen on the L’Ecume worked to secure the boat.

They were brought back to shore on the Fire and Rescue Service vessel.

The L’Ecume was refloated during yesterday morning’s high tide, with a boom being placed around the vessel as a precaution following pollution concerns.

In a statement, Harbourmaster Bill Sadler said: ‘The L’Ecume II vessel was successfully refloated on the high tide with the assistance of Ports of Jersey’s workboat Halcyon and is now back in port. There were no signs of pollution. I would like to thank everyone involved for their assistance during this incident and confirm that a subsequent investigation will take place, carried out by the Harbour authority.’

l Islanders can buy fish directly from the L’Ecume II at the Victoria Pier. Visit the ifish4fish Facebook page for details of times.