The spiky sea scorpion who’s not for the dinner table 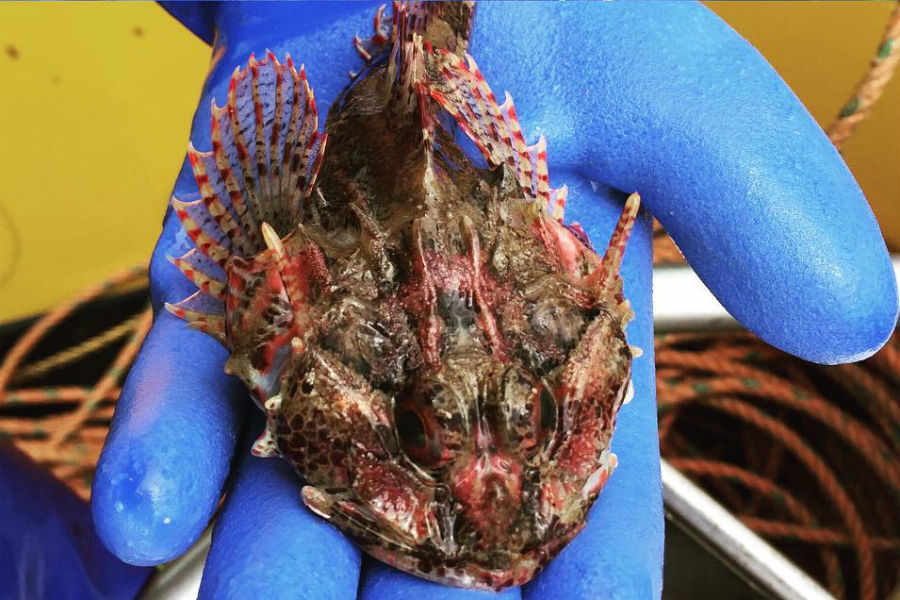 The unusual-looking fish, which has a giant head and sharp spines on its fins and gills, was caught by Josh Dearing just inside St Brelade’s Bay.

The 24-year-old said: ‘I’ve seen a few of them while diving, but they are quite rare.’

Mr Dearing, who owns The Jersey Catch, a local company which uses ethical and sustainable fishing methods, returned the colourful creature to the sea. 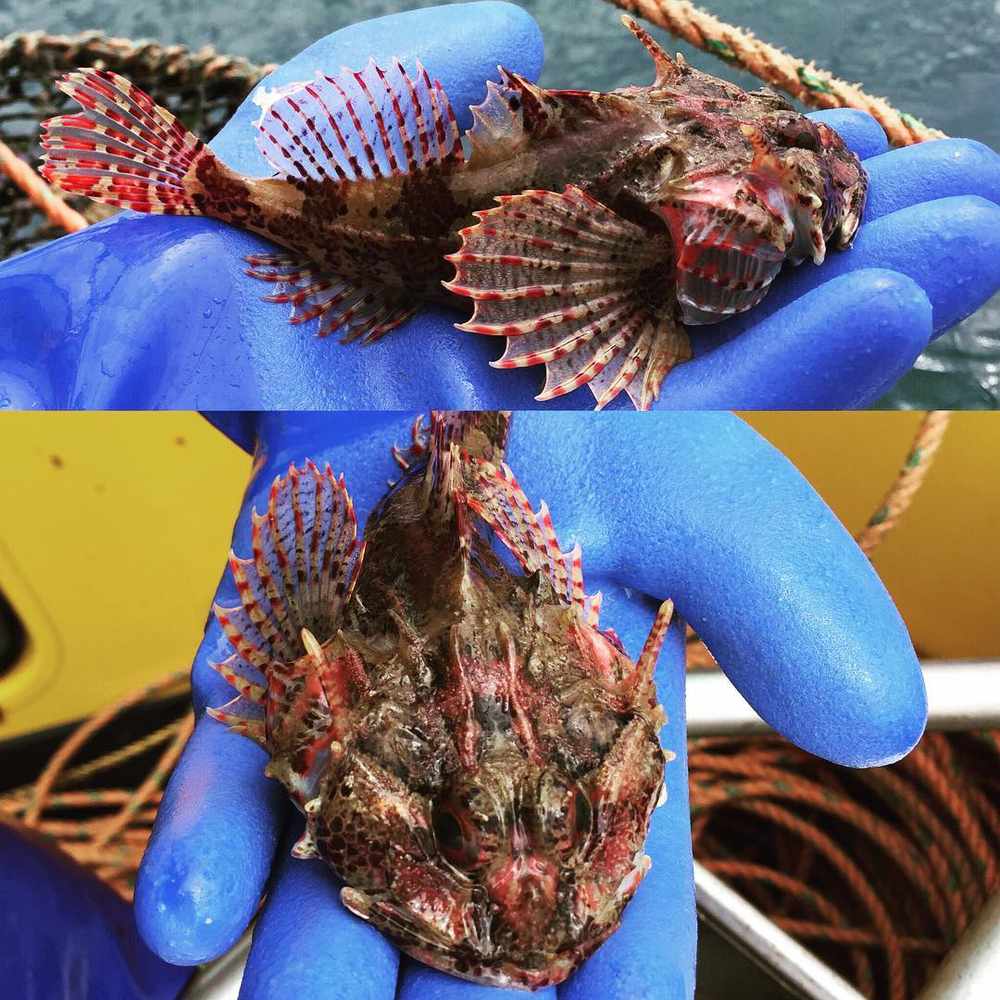 Short-spined sea scorpions are fairly common in British seas but, as they usually live in deep waters, are rarely caught.

They have a very large mouth and head compared to the size of their body and can grow up to 3lbs.

Have you ever found anything unusual at sea? Email online@jerseyeveningpost.com