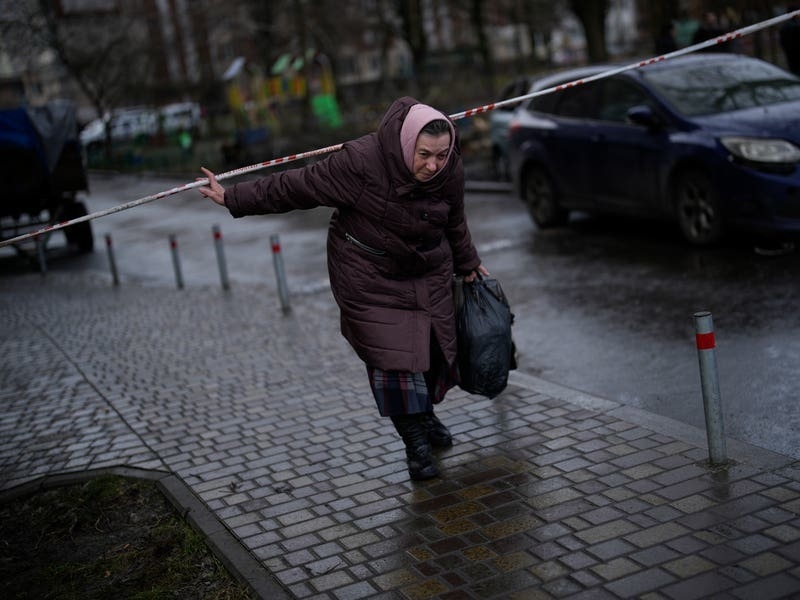 Russia claims to have captured a village in its intense, months-long push toward the eastern Ukraine city of Bakhmut.

It comes as military analysts said tanks, which could be sent by Kyiv’s western allies, would not be a magic wand in the 11-month war.

The claim could not be independently verified and Ukrainian officials made no immediate comment on the claim.

Taking Klishchiivka would only be a minor breakthrough, but the Kremlin is hungry for good news from the battlefield after months of setbacks.

Bakhmut, on the other hand, would be a bigger prize. It could allow Russia to disrupt Ukrainian supply lines in the east and threaten other Ukrainian-held cities in the surrounding region.

The war has been largely static during the winter months, according to military analysts, except for some hot spots like Bakhmut and nearby Soledar.

The Kremlin’s forces have kept up their long-distance shelling of Ukrainian targets, hitting key infrastructure and civilian areas while probing Ukrainian defences in the east.

On Friday, the Ukrainian presidential office said at least five civilians have been killed over the previous 24 hours, while six others have been hurt, as Russian forces shelled seven regions in the country’s south and east.

Ukrainian troops have repelled Russian attacks near a number of settlements in the eastern Donetsk and Luhansk regions, the Ukrainian General Staff said in a report.

John Lough, an associate fellow in the Russia and Eurasia programme at the Chatham House think tank in London, said the Ukraine battlefield situation is “inconclusive”, with a renewed Russian push expected in the spring.

The war is “quite delicately poised”, he said.

Ukrainian President Volodymyr Zelensky has pleaded with Western allies to send tanks that would help punch through Russian lines. Defence leaders from nearly 50 countries discussed that possibility at a meeting in Germany on Friday, but no decision was made, according to Poland’s defence minister.

Marina Miron, of the Defence Studies Department at King’s College London, said tanks are useful but lots of factors need to be taken into account.

Those factors include how many tanks will be sent, what condition they are in, how Ukrainian crews will be trained, when the tanks will be delivered and how the Ukrainians keep them supplied.

Sending tanks is “more of a political gesture” than something that will change the complexion of the war, Ms Miron said.

“It is becoming apparent that Ukraine’s successes in the war with Russia will depend directly on the willingness and readiness of Western countries to supply not only defensive weapons to Kyiv, but also powerful offensive weapons, including modern tanks and planes.”