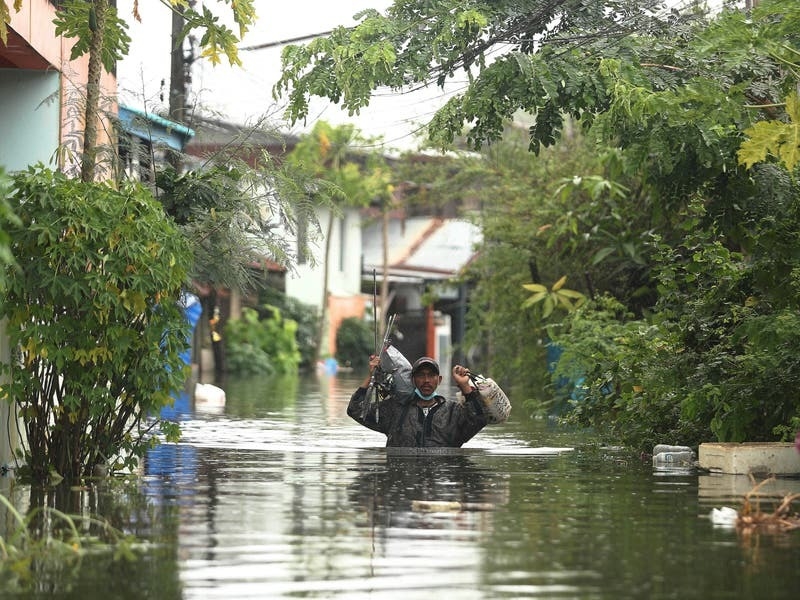 Waist-high water flooded riverfront neighbourhoods and other areas of Thailand after a tropical depression dumped heavy rains and knocked down trees.

The heaviest rainfall, about 22cm in 24 hours, was recorded in the north-eastern province of Ubon Ratchathani, where more than 5,000 people were moved to shelters on higher ground.

One person was reported killed and two injured by falling trees in the Sisaket province.

The remnants of Tropical Storm Noru advanced into Thailand overnight after hitting central Vietnam, causing blackouts and blowing off roofs and billboards. No casualties were immediately reported in Vietnam.

Rescue workers waded through water to distribute food and care packages to people trapped inside their houses.

Officials said more sandbags will be made available to help contain the floodwaters.

The Meteorological Department said Noru is weakening further but warned that seasonal monsoon rains will continue, adding to the already waterlogged situation in much of the country.

Before hitting Vietnam, Noru was a powerful typhoon that caused eight deaths in the Philippines, including five rescuers who drowned while trying to save people from rising floodwaters.