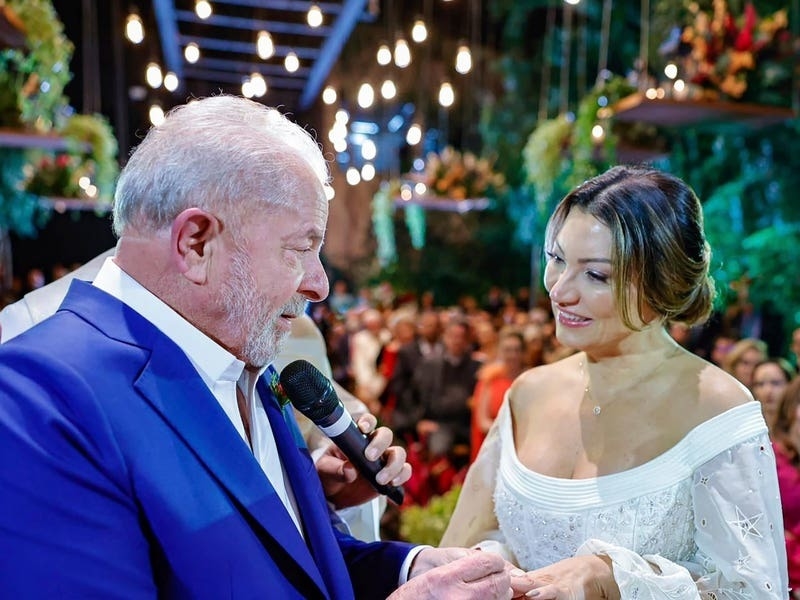 Former president Luiz Inacio Lula da Silva, the front-runner heading into Brazil’s presidential election in October, has married in a ceremony that had a political touch.

The 76-year-old leftist politician, who was president in 2003-2010 and leads incumbent far-right President Jair Bolsonaro in all opinion polls, wed sociologist Rosangela Silva, 55, before 150 guests who sang his old and new campaign songs more than once.

It was the third marriage for Lula, as he is known to Brazilians.

“I decided to get married again because I believe Brazil can be fixed,” Lula said during the Roman Catholic ceremony, according to a statement.

“A man who is 76 years old and is in love like I am, willing to get married, can only want good things for this country.”

Lula’s bio on social media channels was quickly updated to add that he is now “Janja’s husband”.

The wedding’s location in Sao Paulo was kept secret until Wednesday afternoon due to fears of protests by Bolsonaro supporters, as have other events attended by Lula.

As they left, they received souvenirs with an embroidered inscription reading O Amor Venceu (Love Has Won).

Lula has sought to characterise the presidential race as a fight between love and hatred, linking the latter in his speeches to Mr Bolsonaro’s campaign.