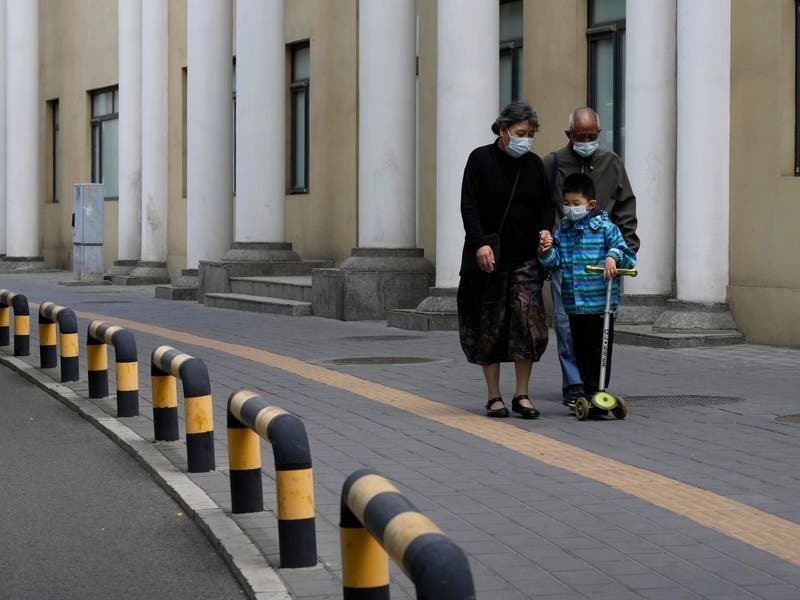 Shanghai will try to reopen within a few days as a Covid-19 outbreak in China’s largest city subsides, an official has said.

The strict lockdown of the city – now in its seventh week – is part of the ruling Communist Party’s “zero-Covid” goal that has exacted a mounting economic toll that even the World Health Organisation (WHO) says may be unsustainable.

Vice mayor Wu Qing said at a news conference that the goal in Shanghai is to achieve “elimination in society” of the coronavirus, meaning any new cases would only be in people already in isolation.

No exact date beyond the middle of the month was given, nor did Mr Wu say how the reopening would occur except that the city intends to gradually restore industrial production, education and medical services.

Shanghai officials have made similar past assurances, only to see restrictions return even as cases wane in the city of 25 million people.

Complaints about food shortages and other hardships and videos posted online showing people in Shanghai and other areas arguing with police have been deleted by censors.

Some residential communities are under lockdown and residents have been warned to avoid travelling between city districts.

Shanghai reported 2,096 new Covid-19 cases on Friday, all but 227 of them in people not showing symptoms. Beijing reported 50 cases, in line with recent daily totals.

China’s foreign ministry dismissed as “irresponsible” the WHO’s doubts expressed earlier this week about continuing the “zero-Covid” approach mandating strict lockdowns, mass testing and the compulsory removal to crowded centralised quarantine centres of anyone who tests positive or is a close contact.

Experts have questions the policy’s continued use given vaccines are widely available, and it has affected growth in the world’s second-largest economy as well as global supply chains.

Already highly limited rights to privacy, free speech and personal autonomy have been further restricted in the name of fighting the pandemic.

China’s borders have been largely closed for more than two years, and this week the government said it would tighten restrictions on outbound travel by Chinese citizens and increase scrutiny over the issuance of passports.

At a meeting last week, the party’s all-powerful Politburo Standing Committee, the leadership said it was committed to “resolutely fighting any attempts to distort, question or dismiss China’s anti-Covid policy”.

“In the face of mounting uncertainties due to Covid-19, one thing remains certain – China will stick to its dynamic zero-Covid policy that has proven pragmatic and effective,” the official Xinhua News Agency said in an editorial on Thursday.

China’s outbreaks and the ensuing restrictions have led to a number of events being cancelled or postponed, most recently the Asian Games originally scheduled for September in the city of Hangzhou, 110 miles west of Shanghai.