One dead, one missing after cargo ship collision off Sweden 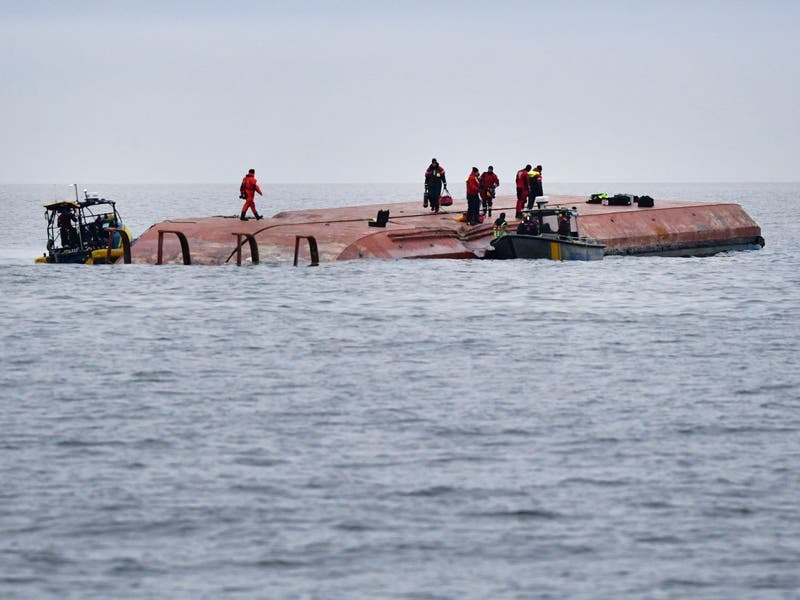 One person has died and another is missing after two cargo ships collided in the Baltic Sea off southern Sweden.

Two people, including a British citizen born in 1991, have been detained as suspects following the incident which the Swedish Maritime Administration said involved a British vessel, the Scot Carrier, and the Danish-flagged Karin Hoej.

A press spokesman for the Swedish Coast Guard Valdemar Lindekrantz told the country’s TV4 network that “we suspect that parts of the British crew have not been sober”.

The administration said it had received a pre-dawn alarm on Monday that two cargo ships had collided south of Ystad in Sweden, close to the Danish island of Bornholm.

The Danish ship, which capsized fully and was floating upside down, was being towed towards a Swedish port, authorities said.

A body was later found inside the capsized Danish ship, it added.

The capsized vessel was towed closer to land so divers from the Swedish Armed Forces and the coast guard, among others, could search it. Police also planned to take over the case and to examine the ship.

“We have no idea when the work can be completed,” the maritime agency added.

According to the website MarineTraffic, the Scot Carrier was en route from Salacgriva in Latvia to Montrose in Scotland, while the Karin Hoej had left Sodertalje in Sweden for Nykoebing Falster in Denmark.

TV4 reported that oil had started to flow into the water. But the Swedish Coast Guard said there were no ongoing spills and it was carrying out work “to prevent oil or other harmful substances from being released into the sea”.