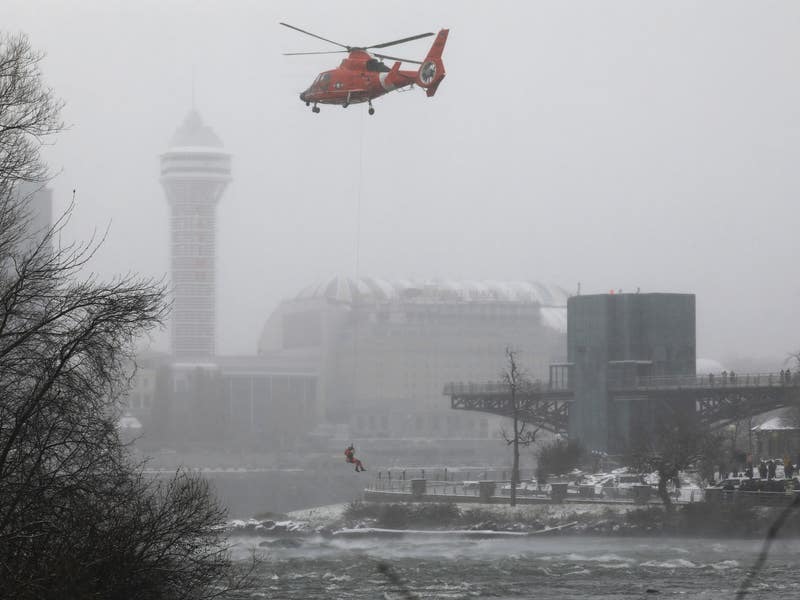 A US Coast Guard diver braved death to enter a submerged vehicle stuck in rushing rapids just yards from the brink of Niagara Falls.

The diver was lowered from a hovering helicopter, climbed into the car and pulled out the body of its lone occupant, a woman in her 60s, said Angela Berti, a spokeswoman for NYS Park Police.

The woman’s fate was not immediately disclosed by officials, and it was unclear how the car got into the Niagara River.

Authorities said the woman lived in the area. Her name was not released pending notification of relatives.

After the rescue, the vehicle remained about 50 yards from the brink of the American Falls, one of three waterfalls that make up Niagara Falls.

Onlookers watched as emergency crews prepared to try to pull the vehicle from the water.

Roads in the area were slippery as a light snow fell.