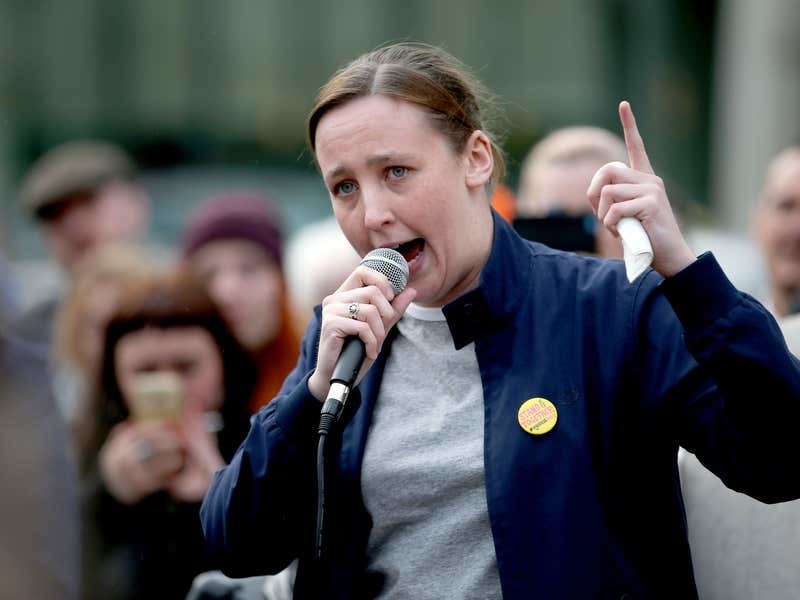 The new deputy leader of the SNP at Westminster has pushed the Prime Minister on the democratic route to an independence referendum.

The UK Supreme Court ruled last month that the Scottish Parliament did not have the necessary powers to legislate for another vote, leaving nationalist politicians questioning if the union was a voluntary one.

In a letter to Rishi Sunak, Mhairi Black said her fellow SNP MP, Philippa Whitford, had twice asked about the democratic route to a referendum, but had not received an answer.

Ms Black said in her letter that two of Mr Sunak’s ministers: Scottish Secretary Alister Jack and Levelling Up Secretary Michael Gove, have previously conceded there could be another vote if there is support in Scotland for it.

In a statement, the SNP MP said previous questions to him by Ms Whitford had gone unanswered, prompting her own entreaties.

She added: “This time, instead of helplessly hiding behind the Supreme Court, the Prime Minister could actually show leadership and outline exactly how Scotland can choose to exercise its democratic right in this so-called ‘voluntary union’.

“However, the Prime Minister must be in no doubt that for every day Scotland’s democracy is denied, the stronger our case will grow.”

Responding to Ms Whitford at Prime Minister’s Questions on Wednesday, Mr Sunak said: “We fully respect the decision of the Supreme Court and believe strongly in the United Kingdom and as I said to (Philippa Whitford) last time, we will work constructively with the Scottish Government to deliver for the people of Scotland.”

The letter comes as an Ipsos Scotland poll for STV this week showed 56% support for independence among decided voters, while 53% of people said they would vote for the SNP in the next general election if it were to be used as a de facto referendum.

A spokeswoman for the UK Government said: “People in Scotland want both their Governments to be concentrating on the issues that matter most to them – like growing our economy, getting people the help they need with their energy bills and supporting our NHS.

“As the Prime Minister has been clear, we will continue to work constructively with the Scottish Government to tackle our shared challenges.”