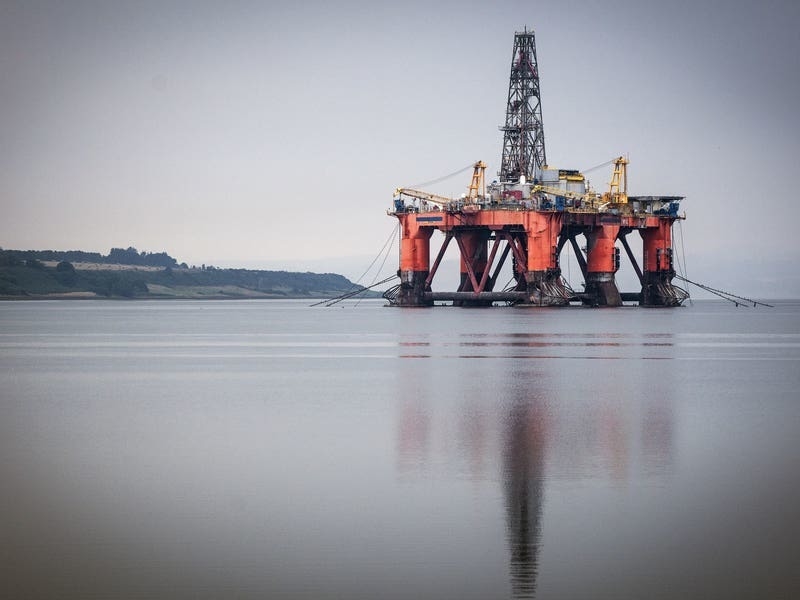 Jeremy Hunt has stressed the importance of energy security as he met with oil and gas company leaders in Edinburgh.

The Chancellor was in the Scottish capital as he unveiled a series of reforms aimed at cutting regulation in the financial sector.

He also held a roundtable meeting with oil and gas operators as part of the Treasury’s “fiscal forum”.

Energy prices have rocketed since the outbreak of the war in Ukraine and revenues from North Sea oil and gas is expected to reach £15 billion this year and £21 billion next year.

A Treasury readout of the roundtable meeting said the Chancellor “highlighted the importance of energy security in the aftermath of Russia’s war with Ukraine, and said that the Government continues to recognise the importance of the sector and the value of its investments.”

It continued: “He stressed that this was both as a key asset for supporting UK energy independence and ensuring a sustainable transition to net zero.

“He explained that is why the more investment a firm makes into the UK, the less tax they pay.”

The Chancellor said the Energy Profits Levy is expected to generate just over £40 billion between 2022 and 2028.

Following the meeting, industry body Offshore Energies UK said they had delivered a “tough but constructive” message to the Chancellor.

Deirdre Michie, chief executive of Offshore Energies UK, said: “This was a constructive meeting where the Chancellor heard concerns from industry as to why the extension of the Energy Profits Levy is a tax too far.”

She continued: “The offshore energy industry recognises these are tough times with many people feeling the impact of the energy price crisis.

“The Chancellor committed to reflect further on the proposals put forward by industry, including our call to remove the windfall tax when oil and gas prices fall back to normal levels.

“Continued discussions with Government are essential if we are to having any hope of restoring confidence to the companies we need to help protect UK energy security and boost economic growth.

“At the moment our members produce nearly 40% of the nation’s gas.

“We can only maintain that kind of output by constant investment.”