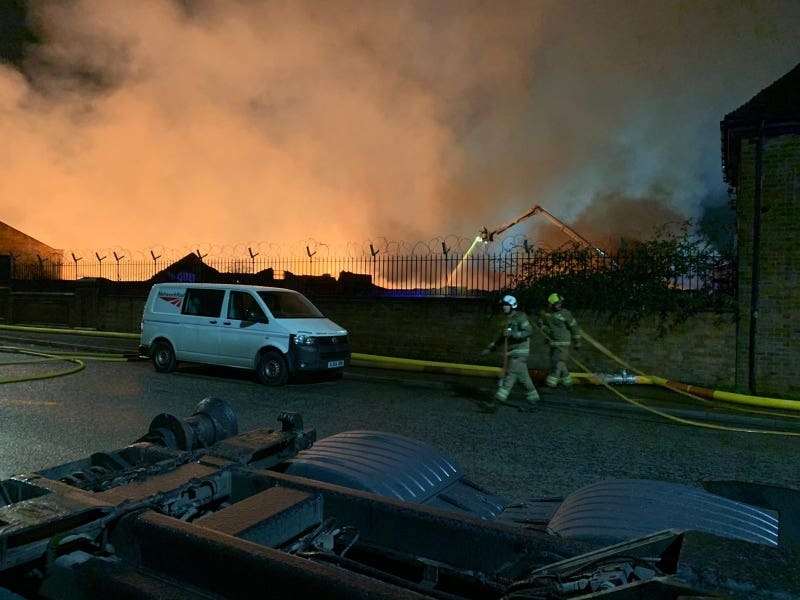 A major incident has been declared in Wolverhampton after a fire engulfed multiple factory units.

The West Midlands Fire Service said more than 100 firefighters were on the scene where a 200m-squared fire has caused all nearby trains to be stopped.

Wolverhampton Police said they were assisting at the scene and had closed roads, adding that the public should stay away from the area.

“All nearby trains have been stopped.

“Our crews are tackling the blaze from multiple angles, and we have more than 100 firefighters in attendance.

“Our High Volume Pumping Unit (HVP) is pumping water from a nearby canal.

“A thermal imaging drone has been brought into use to provide us with an aerial view of the incident, helping inform operational decisions.”