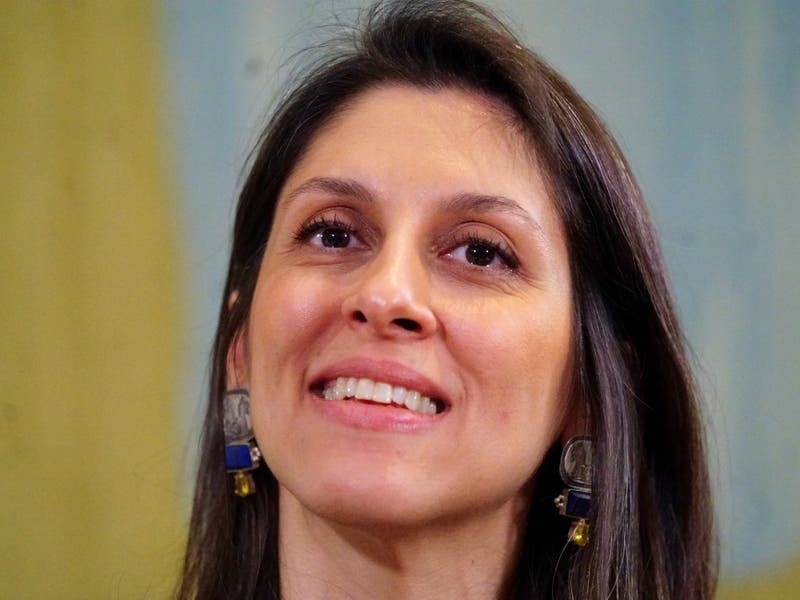 Nazanin Zaghari-Ratcliffe has called on the UK Government “not to turn a blind eye” as Iranian authorities try to suppress the ongoing unrest.

The British Iranian national, who was imprisoned in Iran for six years before her release earlier this year, said the recent events have brought back memories of her own imprisonment at the hands of the Iranian regime.

It comes as the groundswell of opposition to the regime continues in Iran, sparked by the death of 22-year-old Mahsa Amini in custody last month after being detained by Iranian morality police last month for not wearing a hijab in accordance with government standards.

Speaking to Sky News’ Beth Rigby on Friday, Mrs Zaghari-Ratcliffe said she wants to see more action from the UK government over the current human rights abuses in Iran.

“I want them to observe what is happening not to turn a blind eye,” she said.

“I want them to protect us.

“We cannot be indifferent about what is happening in Iran and if we talk about protecting rights of our citizens, we have to do something about it and I think we have to hold Iran accountable.

“The world has to make it very, very expensive for Iran to violate human rights so easily. It should be costly,” she said, adding that this should include sanctions.

Mrs Zaghari-Ratcliffe also said the events in Iran have brought back memories from her experience in prison in Iran and have exacerbated her nightmares.

She said: “It does bring memories of when I was arrested but also how helpless you are when you are in custody.”

Asked if she has felt free since she was released, she said she only will “if there is nobody in Iran put into prison for standing up for their rights and when my friends are out of prison”.

“They put you in solitary confinement or they take you somewhere unknown and break you emotionally,” she said.

“So, this is in my head every time I hear the news of being someone arrested, I think about the nights of my arrest, imagining what they are going through now.”

She added that her story “was a happy ending” since she came out of prison alive whereas so many others do not.

Mrs Zaghari-Ratcliffe went on to speak about cutting her hair as a gesture of solidarity with the women protesting in Iran.

She described it as a “symbol of women getting more power about their body” that resonates throughout the world.

“It is a way of symbolising how women would want to have the right to cover their hair or not … because for women of course it’s not just about the Middle East, it’s about an international issue that women are constantly managed,” she said.

Speaking about the women protesting in Iran, she said: “There is a new wave of school girls rising up, standing up for their rights to take off their scarf to protest and this is a new generational shift.

“I think it has reached the point that they feel they don’t have a choice,” she said, adding that it is not about the hijab anymore but “not being happy about the way they live.”

Asked what will happen in Iran now, she said: “What I do believe is… Iran will never be the same.

“Whatever happens in the future, it will never go back to where it was before September.”

A UK government spokesperson said: “The UK Government has been very clear in condemning the violence levelled against peaceful protestors over the past three weeks.

“The Foreign Office also summoned Iran’s most senior diplomat in the UK this week to call on the Iranian authorities to exercise restraint and respect the right to peaceful assembly.

“We have a tough set of sanctions in place against Iran and are looking at what further action we can take in the short term in response to human rights violations by the Iranian authorities.”