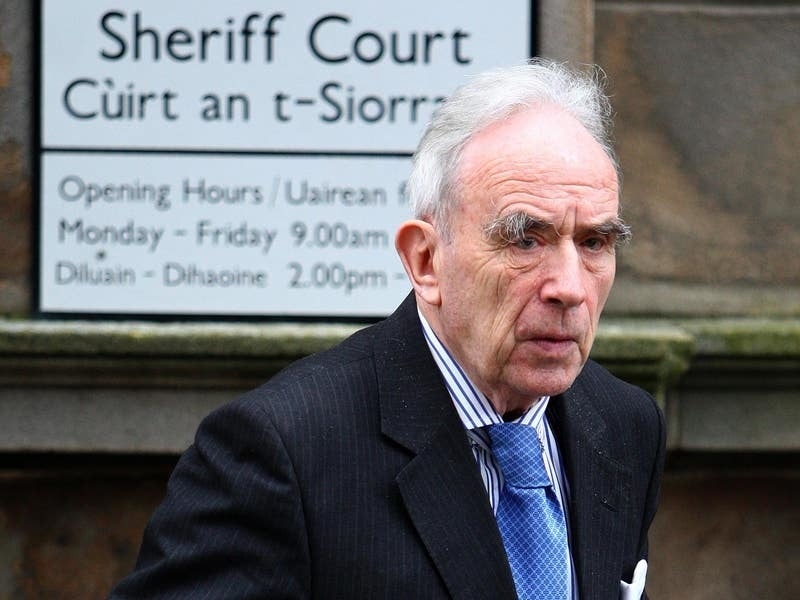 A lawyer who as a student helped to steal the Stone of Destiny from Westminster has died.

First Minister Nicola Sturgeon led tributes to Ian Hamilton KC, who had been the last surviving member of the gang of four students who took the famous stone, on which kings and queens of Scotland were traditionally crowned, from Westminster Abbey on Christmas Day 1950.

Ms Sturgeon hailed the 97-year-old as being a “lawyer of exceptional quality”, but also described him as a “legend of the independence movement”.

Writing on Twitter, the First Minister said she was “extremely sad” to learn of his death.

Of Mr Hamilton, she stated: “He will long be remembered as one of the Christmas 1950 liberators of the Stone of Destiny.

“During my time as @theSNP leader I have received occasional words of wisdom, encouragement and support from him, which I will always treasure. He is one of the many giants on whose shoulders the modern SNP stands.

“My condolences go to his loved ones.”

Mr Hamilton, who had been born in Paisley, Renfrewshire, in 1925, was a law student at Glasgow University when he took part in the daring raid.

Together with fellow students Gavin Vernon, Kay Matheson and Alan Stuart, he travelled to London to take the historic artefact – which had been seized by King Edward I of England in 1296.

Three months later, the stone – also known as the Stone of Scone – turned up 500 miles away at Arbroath Abbey.

It was returned to Westminster, but in 1996 was installed in Edinburgh Castle, where it is currently on display – although it will be taken south again for the coronation of King Charles III.

The SNP described Mr Hamilton as being an “inspiration to the independence movement”.

The party tweeted: “All of us at the SNP are deeply saddened at the death of Ian Hamilton.

“He will be forever remembered for his role in returning the Stone of Destiny to Scotland and as an inspiration to the independence movement.”

Gavin Newlands, the SNP MP for Paisley and Renfrewshire North, tweeted he was “very sorry to learn that Paisley’s very own, Ian Hamilton has died”.

Mr Newlands added: “An accomplished advocate, he will be remembered best as an independence campaigner. On Christmas Eve 1950, Ian, with 3 friends, liberated the Stone of Scone from Westminster Abbey.”