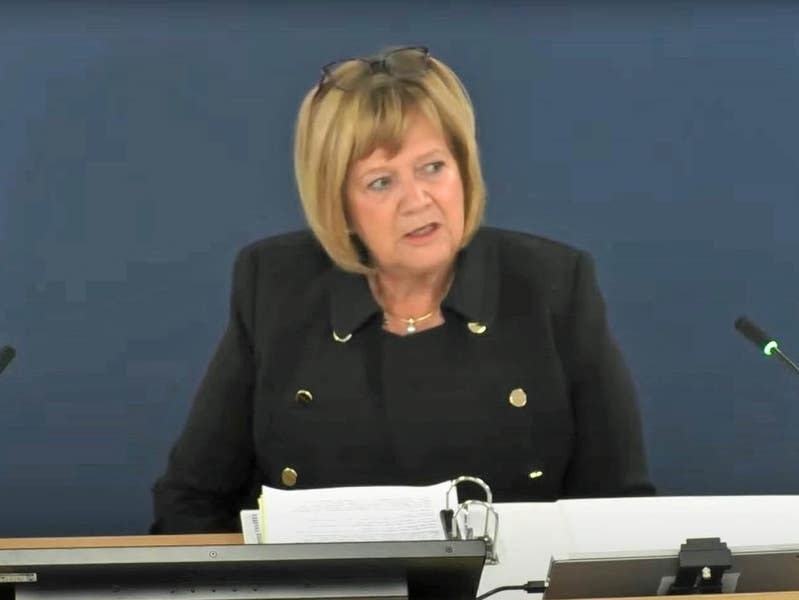 Bereaved families and those who suffered will be at the heart of the Covid-19 public inquiry, its chairwoman has said, as she promised to be “fair” and “thorough”.

Former Court of Appeal judge Baroness Heather Hallett opened the inquiry in London saying she planned to investigate the UK’s preparedness for a pandemic, the Government’s response, and its impact on patients, NHS and social care staff and the public.

A minute’s silence was held for those who lost their lives, with Lady Hallett saying: “There’s one word that sums up the pandemic for so many, and that is the word ‘loss’.

“Although there were positive aspects of the pandemic, for example, the way in which communities banded together to help each other and the vulnerable, millions of people suffered loss, including the loss of friends and family members; the loss of good health – both mental and physical; economic loss; the loss of educational opportunities and the loss of social interaction.

“Those who are bereaved lost the most.

“They lost loved ones and the ability to mourn properly.”

Dozens of lawyers, making up teams representing more than 20 core participants, stood with their heads bowed and hands clasped.

Lady Hallett said the inquiry would analyse how the Covid pandemic unfolded and would determine whether the “level of loss was inevitable or whether things could have been done better”.

She added: “My principal aim is to produce reports and recommendations before another disaster strikes the four nations of the UK and, if it is possible, to reduce the number of deaths, the suffering and the hardship.

“I have a duty to the public to conduct a thorough, fair and independent inquiry for the whole of the UK and I intend to do so.”

She added: “I promised the bereaved during the consultation process on the terms of reference that those who have suffered will be at the heart of the inquiry and I intend to keep that promise.”

But, addressing some issues raised by bereaved families, she said she would not be able to cover every issue people wanted covering or every issue in as much detail “as some may wish”.

She assured families that “no decision will be taken lightly”, as she also promised to look at the use of do-not-resuscitate orders in the NHS and the quality of care given to people.

Families have expressed fears they could be sidelined in the inquiry if they are able to share their experiences only through a Listening Project, which was established so members of the public can take part without formally giving evidence or attending a hearing.

“The fact that someone contributes to the listening exercise will not prevent them from giving evidence at the public hearings of the inquiry if they have relevant evidence to give.

“I have taken no decisions as yet on the witnesses to be called so no-one has been barred from giving evidence.”

Pete Weatherby KC, representing the UK-wide Covid-19 Bereaved Families for Justice group, said families had experienced “substantial frustration” amid delays in getting the inquiry formally started, and there are now concerns about how the inquiry team has been engaging with them.

He said: “We seek a two-way street. We seek the inquiry to come to us, as well as us coming to the inquiry to discuss important matters which either directly engage the bereaved or which the bereaved have a central position in trying to assist the inquiry, for example, the scope of the modules and what should be, and that does, with the greatest of respect, identify the problem – this idea of dialogue has to come from both sides.

“And to some degree that is what’s missing at the moment.”

Mr Weatherby said the central matter of importance to families at the moment is the listening exercise.

Concerns about the scope of the first module include how it addresses devolved issues, the disproportionate effects of the pandemic on black and brown communities, other ethnic minority communities, and care homes and places of detention, he added.

Responding to Mr Weatherby’s submission, Lady Hallett said there is “absolutely no question that the bereaved will be marginalised” and she is “determined that those who have suffered will be at the heart of this inquiry”.

She continued: “The listening exercise, far from marginalising the bereaved, is to extend the number of people who suffered and the number of bereaved who have suffered to many, many thousands more than we could do in the ordinary, classic way of a formal hearing.”

The inquiry was told that 28 individuals and organisations have been granted core participant status for the first module of the inquiry.

These include groups representing the bereaved in each of the UK nations, the NHS, the UK Health Security Agency, the Treasury, Secretary of State for Health and Social Care, Home Office, Department for Business, Energy and Industrial Strategy, Department for Environment, Food and Rural Affairs, Local Government Association and National Police Chiefs Council.

Trade unions such as the Trades Union Congress and British Medical Association are also core participants.

The inquiry is so wide-ranging that it has been split into three modules, with more to be announced.

Module 1 will examine the resilience and preparedness of the UK for a coronavirus pandemic.

Module 2 will examine decisions taken by the Prime Minister and the Cabinet, as advised by the civil service, senior political, scientific and medical advisers, and relevant committees.

Module 3 will investigate the impact of Covid on healthcare systems, including on patients, hospitals and other healthcare workers and staff.

The inquiry is expected to last at least a year, with the first evidence sessions starting in May 2023.

This time-scale was described as “completely unrealistic” by Elkan Abrahamson, a lawyer representing the Covid-19 Bereaved Families for Justice group.