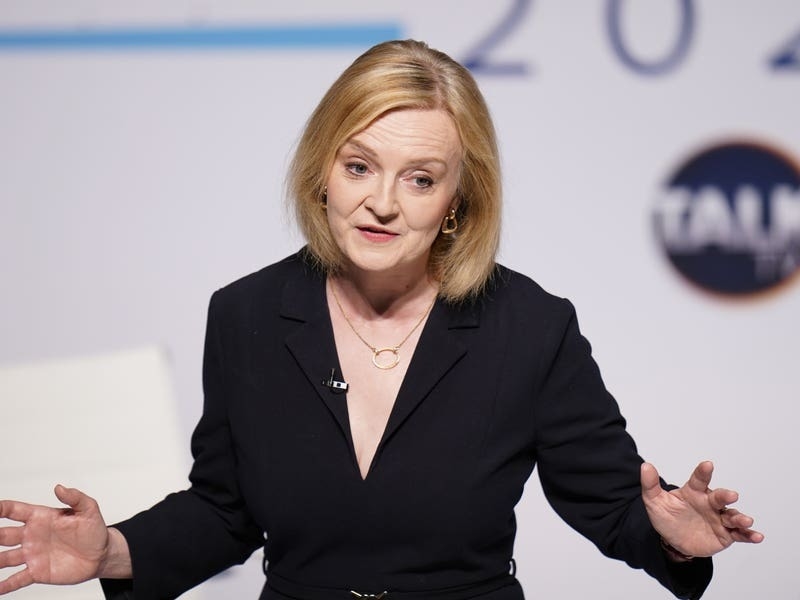 Liz Truss has said she “fundamentally” disagrees with “putting up taxes and then also giving out benefits” to help with the rising cost of living.

The Tory leadership contender lambasted cash handouts as “Gordon Brown economics” at a hustings debate in Darlington, while her opponent Rishi Sunak said he would target pensioners and the most vulnerable for support with rising fuel bills.

Asked about what she would do to deal with rising fuel prices, Ms Truss told the hustings audience: “We are facing great difficulties with energy. I understand people are struggling with their bills on fuel and food but the first thing we should do as Conservatives is help people have more of their own money.

She added: “What I fundamentally don’t agree with is putting up taxes and then also giving out benefits. I think that is the wrong approach.”

Mr Sunak meanwhile suggested he would not offer further cash payments to every household and would instead target support at the most vulnerable.

Referring to earlier support he signed off on as chancellor, he said: “I want to go further than I did previously because the situation is worse. It’s right that we target that on the people who most need our help.”

Mr Sunak added: “The only way to help them is with direct support because tax cuts alone are not much good if you’re a pensioner who is not earning any extra money.

Asked if he is planning support similar to earlier plans of providing £400 to every household regardless of their income, the former chancellor said: “No, because I think what we need to do is target our support for the most vulnerable.”

Mr Sunak also said he would be happy to get in a room with Ms Truss and Boris Johnson to talk about future cost-of-living support prior to the result of the leadership ballot.

It follows Tony Danker, director general of the Confederation of British Industry (CBI), saying on Tuesday that the Prime Minister and the two contenders to replace him should “come together to agree a common pledge to support people and help quell fears”.

Labour former prime minister Gordon Brown also made a similar call for common ground between the candidates on Monday.