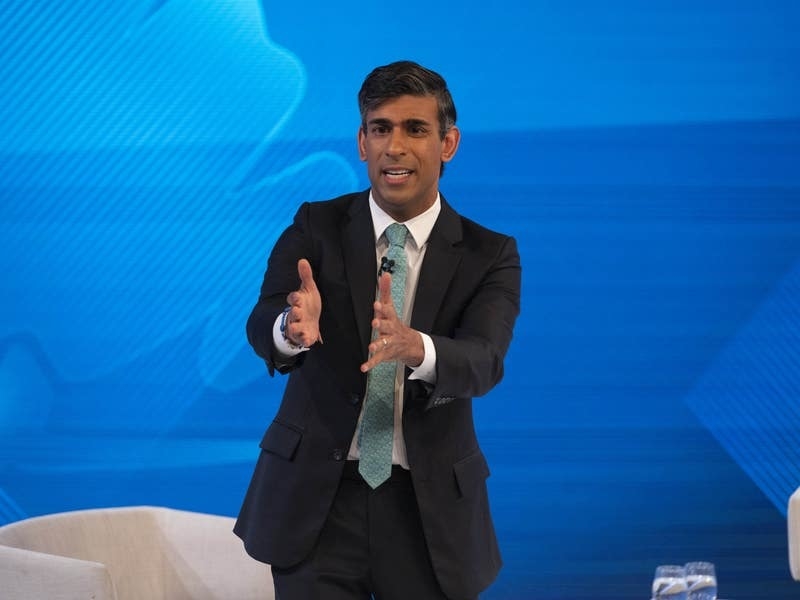 Laying out his plans for Scotland if he were to become prime minister, Mr Sunak said his government would be the most active in Scotland in decades by sending ministers to Scotland more regularly and reforming the union unit within Number 10.

The reformed unit, the former chancellor claims, will ensure “every single” government department operates UK-wide, despite key policy areas like education and health having been in the control of Holyrood since devolution in 1999.

The comments come after Mr Sunak’s opponent Liz Truss said she would “ignore” Nicola Sturgeon and she described the First Minister as an “attention seeker”.

Mr Sunak’s plan also includes bolstering the Scottish Conservatives, providing a campaign manager in every seat at Holyrood elections, as well as conducting a review of the support from the central party for Douglas Ross’s cohort.

“Arguing that we should ignore them is dangerously complacent.

“We can’t just bury our heads in the sand and pretend they aren’t there – we need to stop them in their tracks.

“That’s exactly what I would do as prime minister – holding the SNP to account for its failings and personally ensuring that the UK Government has a laser focus on delivering for every part of our United Kingdom.”

Recent polls, Mr Sunak’s team has stressed, show he is more popular than the Foreign Secretary in Scotland.

But Ms Truss, who spent time in her childhood living in Paisley, has been described by Scottish supporters as a “child of the union”.

SNP MP Mhairi Black said Mr Sunak does not have “the faintest idea” what ordinary people are dealing with.

“Rishi Sunak is the same man who has slashed Universal Credit by over £1,000 for millions, hiked National Insurance payments and has now just admitted he wants to take public money from the areas that need it most and hand it over to the wealthier towns,” she said.

“He has made it crystal clear that he stands for just one thing, making the rich richer and the poor poorer, and people across Scotland know this.

“As the richest MP in Westminster, he doesn’t have the faintest idea what ordinary people in Scotland, and elsewhere, are facing daily during this Tory-made cost-of-living crisis as bills and food prices sky-rocket.

“Scotland hasn’t voted for the Tories for more than 50 years, yet we keep getting saddled with Tory governments and Tory prime ministers who will only ever work to widen the inequalities gap and try to block Scotland’s democratic right to choose its own future.”