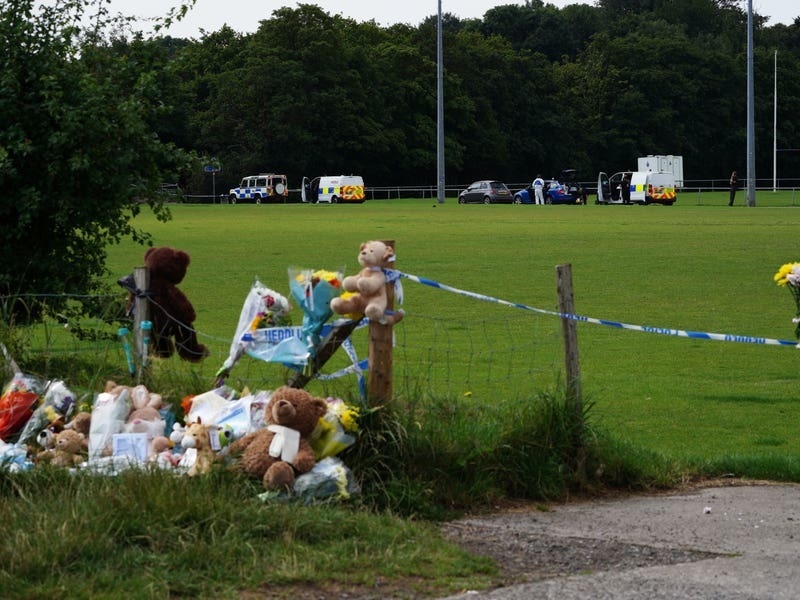 Convicted murderer Craig Mulligan has been described as a “monster” who made repeated threats to kill his five-year-old stepbrother and gleefully chanted about his love of harming young children.

He was just 13 years old when he took part in fatal assaults on defenceless Logan Mwangi and assisted John Cole, 40, in disposing of the youngster’s body in the River Ogmore, Bridgend.

He had moved into the family home in Lower Llansantffraid, Sarn, only five days before – a fact prosecutors said was “no coincidence”.

The stepson of Cole, who had brought him up from nine months old, Mulligan was said to have “idolised” him and seen him as a “God-like” figure.

Cole had been in a relationship with Mulligan’s mother, later becoming her carer.

The three moved to Wales for a “new start” after repeated attempts by Mulligan’s mother to take her own life.

Mulligan was removed from his mother’s care after she violently assaulted him and he was taken into the care of Bridgend County Borough Council for six months.

He was placed with foster families, one of which described how he made their lives a “living hell” for the several weeks he lived with them, and they became “terrified” of him.

They said he made repeated threats to kill them, injured their daughter and the foster mother and their dog.

Concerns were further raised after he asked two young girls if they wanted to play a “murder game” and said they would have to get inside black bin bags.

Although he spoke fondly of his stepfather, stepmother and youngest sibling, the family said they noticed he would only refer to Logan as “the five-year-old”, and spoke of wanting to “kill the five-year-old”.

They said he had a “desire for violence”, and called him a “monster” in submissions to the court.

The family said they made Mulligan’s social worker Debbie Williams aware of their concerns, however Ms Williams denies this.

Cole and Williamson petitioned the family courts to have custody of Mulligan and on July 26 2021 they won and he came to live with them.

It is said Mulligan loved the youngest of his stepsiblings but was jealous of and disliked Logan.

Mulligan was large for his age and had an interest in mixed martial arts, specifically Muay Thai, as well as video games – his username being “King hulk”.

During one alleged incident in the home, Mulligan is said to have “sweeped” Logan’s legs from under him while at the same time using his hand to slam his head into the ground.

He had done so, according to Williamson, on the orders of Cole, who had just punched Logan, causing him to fall backwards on to the ground.

Just before 3am on Saturday July 31 Mulligan was captured on CCTV cameras following Cole out of the flat and down to the river where they dumped Logan’s body.

Mulligan was arrested at around 6.30pm on August 1 2021 along with Williamson inside Cole’s property.

In interview, he maintained he did not know what had happened to Logan but later admitted he had awoken to hear Williamson saying “Logan is dead”.

After being told by detectives about Williamson’s allegations that he and Cole had attacked Logan, Mulligan said: “You can tell my mum to f*** off for me. She’s blaming me and my dad for everything.”

After Logan was killed and Mulligan was once again in the care of the local authority, a care worker heard him repeatedly singing: “I love kids. I f***ing love kids. I love to punch kids in the head. It’s orgasmic.”

He told another: “I did some bad stuff but I’m not allowed to talk about it.”

During the trial an anonymity order was placed on Mulligan preventing the reporting of any detail that might identify him.

His counsel said Mulligan had been diagnosed with multiple neurodevelopmental disorders.

Following his conviction and imprisonment for murder and perverting the course of justice, the press successfully applied to have the restriction removed on grounds of public interest and open justice.