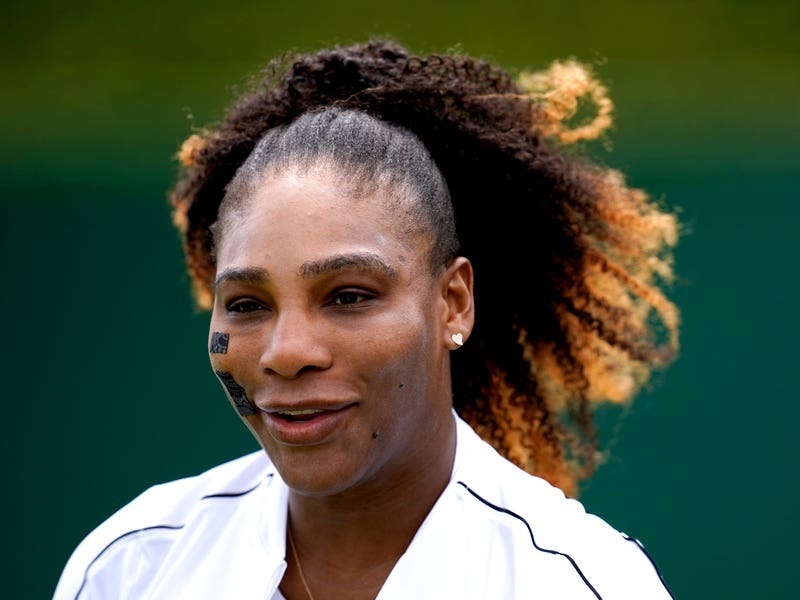 Tennis titans Serena Williams and Rafael Nadal will be among those in action at Wimbledon’s grass courts on Tuesday.

The US athlete will face France’s Harmony Tan, who at age 24 is 16 years her junior.

Meanwhile, American Coco Gauff, 18, will be facing Romanian Elena-Gabriela Ruse, as she stands on the verge of a top-10 breakthrough having reached her first grand slam final at the French Open earlier this month.

Nadal is vying to win his third successive grand slam title and 23rd overall despite suffering a severe foot injury after the French Open less than a month ago.

Both men’s and women’s number ones for Britain secured impressive victories on day one, with Cameron Norrie securing a rain-interrupted triumph before Emma Raducanu won her Centre Court debut match.

This comes after the first day saw team GB’s Jodie Burrage revive a fainting ball boy with Percy Pig sweets, while play was paused on other courts due to rain showers.

After the washout start to Wimbledon, sunshine is scheduled for Tuesday.

The Met Office has forecast “rather breezy” weather for south-east London with patchy sunshine and maximum temperatures of 23C (73.4F).