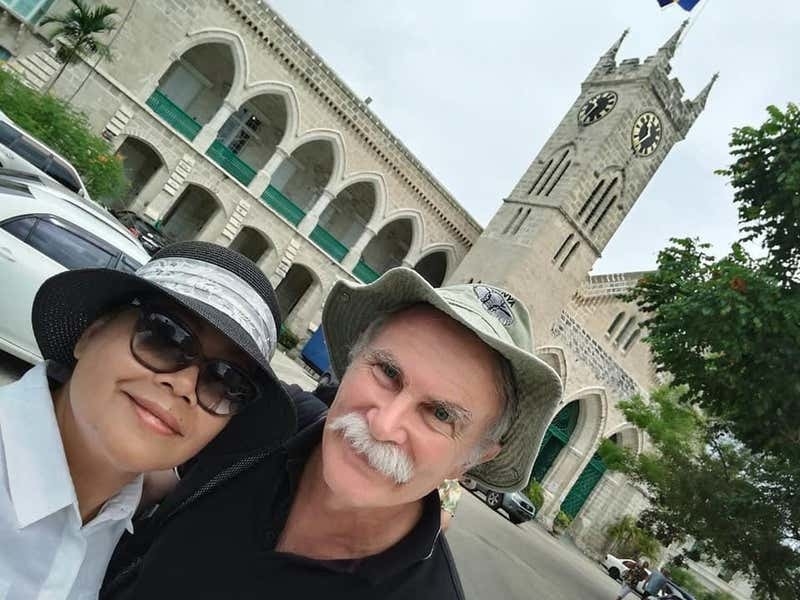 A retired British geologist charged with attempted artefact smuggling faces a further two weeks in a cell after his trial was postponed by an Iraqi court.

The family of Jim Fitton, 66, had hoped judges would come to a decision during a second court hearing on Sunday.

They will now have to wait until June 6 after Baghdad’s felony court postponed the case following a request by the defence team for co-accused German tourist Volker Waldmann.

It was reported Waldmann’s defence lawyer, Furat Kubba, argued more information was needed about the historical significance of the 12 items found in their possession, which Iraqi officials have said could be considered as archaeological pieces as they date back more than 200 years.

“But we remain hopeful that the judge will see Jim’s innocence when the hearing resumes.”

Father-of-two Fitton collected 12 stones and shards of broken pottery as souvenirs while visiting a site in Eridu, an ancient Mesopotamian city in southern Iraq, as part of an organised geology and archaeology tour.

Both he and Waldmann were arrested after the items were found in their possession as their group prepared to fly out of Baghdad airport on March 20.

Waldmann said the two items found in his possession were not his and instead had been given to him by Fitton to carry.

Both defendants could face the death penalty, according to Iraqi law, but it has been suggested such an outcome is unlikely.

Fitton insisted he had not acted with criminal intent and had no idea he was breaking Iraqi laws during his first court appearance earlier this month.

Wera Hobhouse, Liberal Democrat MP for Bath, said: “This is a frustrating outcome for Jim and his family. Another two weeks of waiting.

“I am thinking of Jim again today and his family who have been through so much. Another two weeks in a holding cell is a cruel ordeal that should have been avoided.

“Jim and his family have shown incredible resolve and strength over this whole ordeal, and I hope that they receive the support they need over the next two weeks.

“The focus is now on the new date on June 6. In the meantime, I will keep exploring avenues and reaching out to the Foreign Office in the hope of finding some answers.”

The Foreign Office has said it cannot interfere with the judicial process of another country and has made clear its opposition to the death penalty.