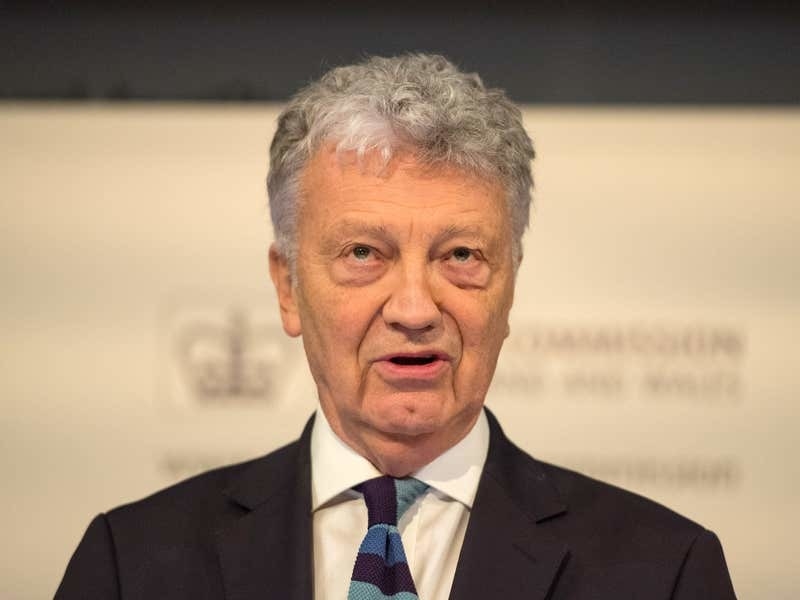 Draft extracts of the long-delayed review into the Government’s anti-terror scheme have reportedly revealed the programme has come under fire for having “double standards” when it comes to right-wing and Islamist extremism.

According to extracts leaked to The Guardian, an initial review of the Prevent programme has seen the policy criticised for focusing too much on far-right extremism.

The independent review by Sir William Shawcross, a former chairman of the Charity Commission, was delivered to the Home Office in late April but is still undergoing fact and legal checks.

Sir William’s draft review into counter-terrorism in the UK is understood to have called for a renewed focus on Islamist extremism and mental health support for all individuals referred to Prevent – even if there is no evidence of extremism.

Reacting to the leaked review, the Guardian reported that it would likely be “deeply controversial” as it came just days after a mass shooting in the US which authorities described as a “racially motivated hate crime” after a self-confessed white supremacist killed 10 people.

The former police lead for Prevent, Sir Peter Fahy, said the review extracts suggested Sir William’s findings were an unwarranted attempt to “politicise counter-terrorism policing” and it was “quite dangerous to play off one ideology against another”.

He added: “There is a danger of policing thought as opposed to the risk of violence. It is not about ideology but about the risk someone will cross into violence.

According to the newspaper, Sir William argues in the draft review that the purpose of Prevent must be refocused. Its first objective needed to be tackling the causes of radicalisation and responding to the ideological challenge of terrorism. Right now that “is not being sufficiently met”, he claims.

His draft goes on to say that the programme views the concept of right-wing terror too broadly, and scrutinises “mildly controversial or provocative forms of mainstream, right-wing-leaning commentary” while “ignoring Islamist narratives”.

Earlier this year Sir William’s appointment to the chair of the government’s review into its anti-radicalisation programme drew the ire of Amnesty International and other human rights groups.

In 2012, while director of the neoconservative thinktank the Henry Jackson Society, Sir William said: “Europe and Islam is one of the greatest, most terrifying problems of our future. I think all European countries have vastly, very quickly growing Islamic populations.”

Amnesty’s letter further stated the appointment showed “the UK government has no interest in conducting an objective and impartial review of the strategy, nor in engaging meaningfully with communities affected by it”.

The Prevent policy came under renewed scrutiny after it was revealed the homegrown terrorist who murdered Sir David Amess had been referred to the programme but continued to plot his attack in secret.

A Home Office spokesperson told the Guardian: “Prevent remains a vital tool for early intervention and safeguarding. We will not allow extremists or terrorists to spread hate or sow division, and Prevent remains an important driver to help divert people away from harm.

“The independent review of Prevent, led by William Shawcross, will ensure we continue to improve our response and better protect people from being drawn into poisonous and dangerous ideologies. The report is currently being finalised and once formally received and after full consideration, the report and the government’s response to it will be published.”