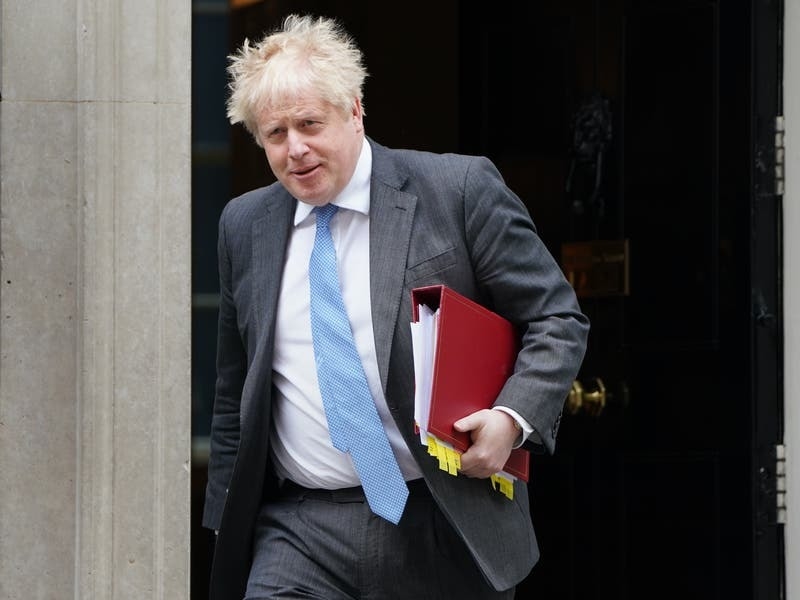 Boris Johnson has said the UK will have a “necessity to act” if the EU is unwilling to reach a compromise in the deepening crisis over the Northern Ireland Protocol.

The Prime Minister – who travels to Belfast on Monday for emergency talks with the Northern Ireland parties – said the Government remained open to “genuine dialogue” with Brussels.

But amid fears of a looming trade war, he said that if there was no movement on the EU side, the Government will set out its “next steps” in a statement to Parliament “in the coming days”.

His warning comes amid reports ministers could table emergency legislation as early as this week to override the protocol which requires customs checks on goods moving from Great Britain to Northern Ireland.

In the meantime the power-sharing institutions in Northern Ireland remain suspended with the DUP refusing to join Sinn Fein in a new Executive or to allow the election of a speaker to the Assembly unless there is fundamental change to the protocol.

Writing in the Belfast Telegraph, Mr Johnson said there was still a “sensible landing spot” where the interests of all sides are protected – including the integrity of the EU single market, which the protocol is designed to maintain.

However he said that would require movement on the part of the EU.

“We have been told by the EU that it is impossible to make the changes to the protocol text to actually solve these problems in negotiations – because there is no mandate to do so,” he said .

“I hope the EU’s position changes. If it does not, there will be a necessity to act.

“The Government has a responsibility to provide assurance that the consumers, citizens and businesses of Northern Ireland are protected in the long-term.

“We will set out a more detailed assessment and next steps to Parliament in the coming days”.

Although the Government signed up to the protocol, ministers have argued change is needed as the way it is operating is hurting businesses and fuelling sectarian tensions, with Unionists feeling their position in the United Kingdom is being undermined.

He said such a move would be “deeply harmful” to UK-Ireland relations and could “fundamentally undermine” the functioning of the institutions of the peace process in Northern Ireland.

“The last thing the EU wants, the last thing that Ireland wants, is tension with the UK, particularly at the moment given what’s happening in Ukraine, Russian aggression, and the need to work together on an international stage,” he told Sky News’s Sophy Ridge on Sunday programme.

But in a round of broadcast interviews with the BBC and Sky News, Business Secretary Kwasi Kwarteng hit out at “irresponsible” threats of a trade war, saying it would take “a very long time” for the EU to implement new tariffs.

“It is up to the EU. We think it would be completely self-defeating if they went into a trade war, but that is up to them,” he said.

“Any tariff situation would have to go to arbitrators. It is not something they can do willy-nilly, arbitrarily.”

Downing Street said Mr Johnson will use a series of private meetings in Belfast on Monday to deliver a “tough message” that any “fix” to the protocol must involve the parties coming together to form an Executive and Assembly.

He is expected to say that while the UK Government will “play its part to ensure political stability”, politicians must “get back to work” so they can deliver on “bread-and-butter issues” for the voters.

Ahead of his visit, however, Sinn Fein – which is now the biggest party in the Assembly following the elections – accused the Prime Minister of being “in cahoots” with the DUP and supporting its “blocking tactics”.