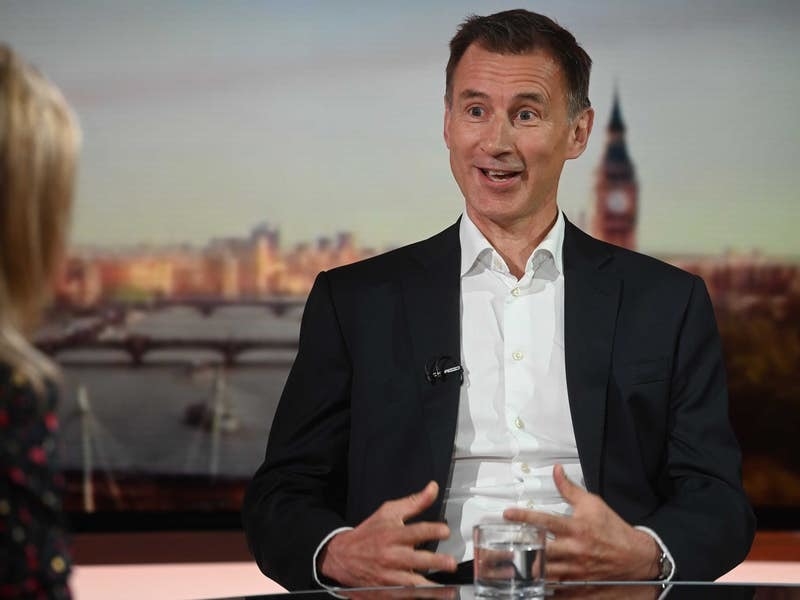 Jeremy Hunt has admitted that his own failings as health secretary have contributed to people waiting hours for an ambulance or in A&E departments.

The ex-Cabinet minister has also described sitting at the top of a “rogue system” during his stint as health secretary from 2012 to 2018, and criticised a “blame culture” in the NHS.

He told Sunday Morning on BBC One that in his new book, he “tried to be honest about the things I succeeded in doing and the things I wasn’t successful in”.

Referring to reports of heart attack or stroke victims having to wait an hour for an ambulance, Mr Hunt said: “One of the root causes of that was something I didn’t manage to do, which was to get a long-term plan or long-term funding for the social care system.

Mr Hunt, the current chair of the Health and Social Care Committee, denied the NHS is on the brink of collapse, but said the situation is “very, very serious” with doctors and nurses “run ragged by the intensity of work”.

He said tackling the “chronic failure of workforce planning” is the most important task in relieving pressure on NHS frontline services.

Mr Hunt denied Brexit has made it harder to recruit staff, saying: “We have an NHS visa which means that it’s very easy for any doctors who want to come here to do so.”

He pointed to a “blame culture” in the health service that makes it “incredibly difficult for doctors, nurses and midwives to speak openly when things go wrong”.

In an excerpt from his new book published in The Sunday Times, Mr Hunt said a fear of transparency and honesty in the NHS when it comes to avoidable deaths and mistakes is a “major structural problem” that must be addressed.

In the book, Zero: Eliminating Unnecessary Deaths In A Post-Pandemic NHS, Mr Hunt said the “corrosive consequences of such thinking” were cover-ups that the Department of Health and NHS “were complicit” in.

“Too often managers who had failed were recycled to jobs in a different part of the country, where they continued to make the same mistakes,” he wrote. “And because of the secrecy, the wheels of change ground slowly.

“It was not about rogue staff or a rogue hospital. It was about a rogue system. A rogue system that I, as health secretary, sat at the top of.”

Mr Hunt said he was “shocked to his core” by failures in care, including avoidable deaths.

He also warned that when it comes to changes in the health service, “the foundation of any reforms must be to improve the quality as well as the quantity of care delivered”.

Mr Hunt, who was the strongest opponent against Boris Johnson for the top job in the Tory party in 2019, again refused to rule himself out of a future leadership contest, though he said now is not the right time.