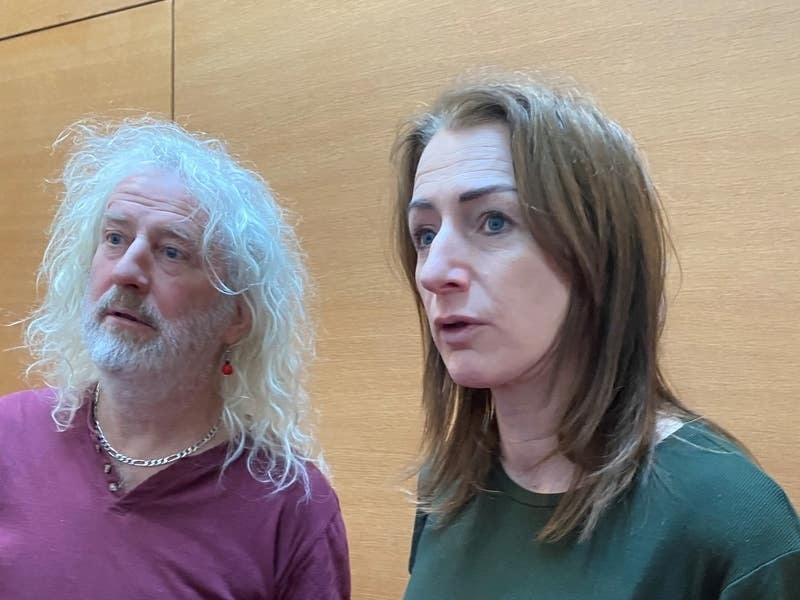 The parliament offices of two Irish MEPs who voted against a motion condemning Russian aggression have been targeted by “sinister” vandals.

Officials at the European Parliament in Strasbourg are carrying out an investigation after Nazi stickers were placed on the offices of Clare Daly and Mick Wallace.

The Independents 4 Change members were among 13 MEPs to vote against the European Parliament resolution, which also argued in favour of the speeding up of Ukraine’s candidacy for EU membership.

Ms Daly said they have been subjected to “brute intimidation” since they voted down the motion last week.

She reiterated their position in condemning Russia’s war of aggression against Ukraine, and urged further diplomatic efforts to end the war.

Speaking to reporters in Strasbourg, Ms Daly said her office was targeted on Tuesday.

She added: “The European Union has spent 25 billion on military hardware over the past period and we’re in a situation where there’s a major war on Europe’s continent.

“What does that tell you? Increase militarism doesn’t work. But there’s a massive military industrial complex here who’ve been lobbying in that direction.

“Our offices in the parliament and the offices of the 13 people who voted against it, were covered in Nazi stickers, and anti-Russian sorts of things on their doors. It’s been investigated, but these people had to go in to the parliament.

“They had to go out of their way to find the 13 offices.”

Mr Wallace said: “To find out where the 13 actually lived in the building was a challenge in itself.

“We actually struggle getting around the place. They went to great effort.”

Both MEPs have been heavily criticised for voting against the motion, including by the EU’s rapporteur on Ukraine Michael Gahler.

However, Mr Wallace said they refused to vote in favour of a resolution that called to accelerate provision of military equipment to Ukraine.

“Read what is in it. Some of the stuff in it was horrific. So you couldn’t vote for it. There were 46 votes and we voted for the stuff that was condemning Russia,” Mr Wallace told PA news agency.

“There was five serious ones on Russia and we voted in favour of condemning them on all of them.”

Ms Daly added: “The whole narrative is that if you express an opinion which is different to the official narrative, well then you’re a Putin puppet, you’re a Russian agent, you’re a Chinese hack or whatever.

“But if you do want that is in favour of America or whatever, you’re just you’re one of us, and that is frightening and that’s the direction we’re going.”