Irish fishermen given ‘guarantee’ of no disruption during Russian navy exercises 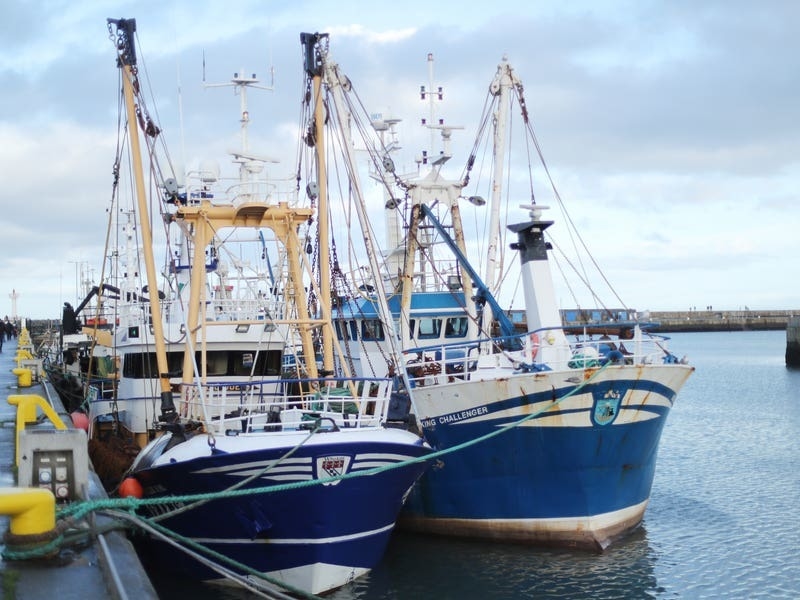 Irish fishermen have been a given a guarantee by Russia’s ambassador to Ireland that their fishing grounds will not be affected by navy exercises.

Representatives of the Irish fishing industry met with the Russian ambassador amid an ongoing row over planned military exercises off the Irish coast.

It comes as the Oireachtas Foreign Affairs Committee has issued an invitation to the Russian Embassy for the ambassador to appear before it to face questions on the navy exercises.

Speaking after talks with Yury Filatov at the embassy in Dublin, Brendan Byrne, chief executive of the Irish Fish Processors and Exporters Association, said it was a very beneficial meeting.

The Russian artillery drills at the start of February will take place in international waters but within Irish-controlled airspace and the country’s exclusive economic zone.

Mr Byrne said he was “very surprised” by the wealth of knowledge of the ambassador about Irish fishing matters.

He said an agreement was reached that there will be a “buffer zone” between Russian vessels and fishing trawlers when military exercises are under way.

“We have now come to an accommodation where there is a pathway for coexistence for the naval exercises and for our fishing fleet,” Mr Byrne added.

“The operation has to go back to Moscow.

“There was a great undertaking of the pressures the Irish fishing industry is under. There is an appreciation of the value of this fishing ground to the overall fishing industry.

“There was in-depth discussion in relation to the scale of the military exercises, and we have given an undertaking that we wouldn’t discuss those further.

“It has been a very good day for the Irish fishing industry.

“We explored our options – there was a map at the meeting. The options are clear and they are going back to Moscow.

“There is an acknowledgement that there is a valuable fishing ground there. It’s open on February 1 and there is a tradition that Irish fishing industry would fish those grounds.

“I was very impressed by the wealth of knowledge of the ambassador and the complexity of the situation. When you compare that to the lack of engagement of our own Government, a lot of questions needed to be asked.

“(Mr Filatov) was very frank as the regard of the scale of activity.”

Patrick Murphy, chief executive of the Irish South and West Fish Producers Organisation, said fishing trawlers will make the decision on whether they fish in the area next week.

“We gave an understanding that the information is sensitive and we are not going to escalate or undermine the good work that was done.

“We’ll be communicating with our vessels and I’m very happy we had this meeting and grateful the ambassador has given us details that allays our fears.

“He has given us a very guaranteed assurance that he will take this back to Moscow and explain in clear detail the importance of this area to our fishermen.

“He has given us assurances that common sense will prevail and that some of the rhetoric is not correct.

“We are not here to challenge the Russian nation, all we are here to do is ensure our boats get to fish in their traditional fishing ground and do so in a safe and fair manner.”

Mr Byrne added: “There’ll be a clear understanding of who’s going to be where, so that both parties know there’s going to be a buffer zone.

“This is the significant part. There’s an absolute guarantee that our traditional fishing grounds will not will not be impacted by the Russian naval exercises.”

However, a Russian embassy spokesperson appeared to dispute some of the claims made by the fishermen.

A spokesperson told RTE that the meeting was “productive”, but added “there was no discussion of guarantees of any kind”.

On Thursday evening, the chair of the Oireachtas Foreign Affairs and Defence Committee confirmed that Mr Filatov had been invited to appear before TDs and senators to face questions about the naval exercises.

Charlie Flanagan, a former foreign affairs minister, told RTE radio he hoped that the ambassador would accept the invitation.

“I hope he does accept our invitation. And without pre-empting what he might or might not do, he has been in before,” he said.

“I expect he will engage positively.”

Starmer vows Labour would bring change in Scotland without indyref2