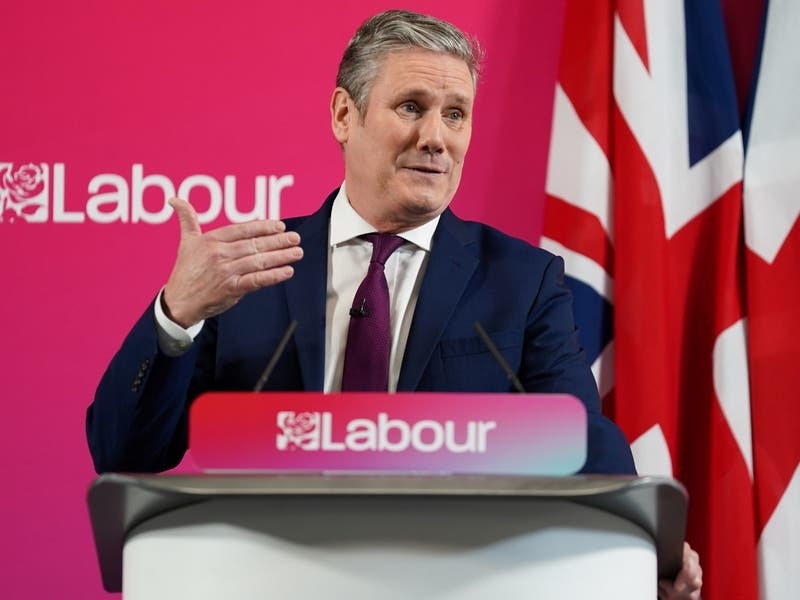 The allegations of rule-breaking surrounding the Prime Minister and Downing Street have left Boris Johnson “unable to lead”, Labour’s leader is due to say.

Sir Keir Starmer, in a speech at the Fabian Society conference, is preparing to accuse the Conservatives of running down the health service and the Prime Minister of being “too preoccupied defending his rule breaking” to turn it around.

On Saturday, Sir Keir is due to set out his “personal crusade” for NHS reform, accusing subsequent Tory-led administrations of allowing the health service to fall into a “critical condition”.

Sir Keir is set to say: “Rather than concentrating on getting through the pandemic and bringing down waiting lists, this self-indulgent Tory party is instead having a fight about a leader who they should have known from the start is not fit for office.

“We are witnessing the broken spectacle of a Prime Minister mired in deceit and deception, unable to lead.

“When we left office 12 years ago, the Conservatives inherited a strong NHS.

“Waiting times were the shortest on record. Today, NHS waiting lists are the highest since records began.

“And it is not good enough to blame all this on Covid – this mess has been much longer in the making.

“This Government has to bear the responsibility. Why have we got to this point, where the NHS itself is in a critical condition?”

Those changes will include ensuring “a health system that is a bit less about the system and a lot more about the patient”, with health care moving towards prevention to reflect Britain’s “older society”, according to party officials.

He is expected to add: “It is obvious that the NHS needs more money. But that is not all it needs.

“When we were in government, we started to reform the NHS – so that it was pointed more towards the patient, so that it answered the needs of the time.

“That reform process has stalled because this Government doesn’t care if the NHS falls behind.

“Boris Johnson is too preoccupied defending his rule breaking.”