What the papers say – July 2 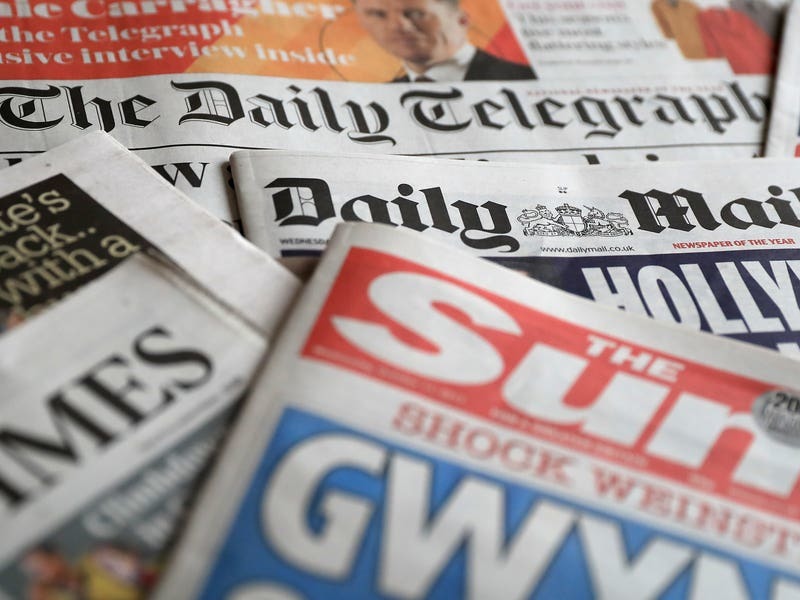 More worrying angles on Covid-19 and the coming together of the dukes of Cambridge and Sussex lead most of the papers.

The Daily Express says Britons may still have to live under restrictions after July 19 after Boris Johnson’s warnings about how the country must negotiate the “final furlong” of the pandemic.

The i runs with the same story as a “freedom day warning” but adds an upbeat angle on the overseas holiday hopes of those who have had two vaccine shots.

But Mr Johnson has asked for patience in the face of a growing “crisis” regarding schools and isolation under the bubble system, The Daily Telegraph reports.

In perhaps the day’s biggest story, The Sun leads on William and Harry pausing their “bitter feud” to unveil the statue of their mother, as Metro runs a headline of “Reunited for Diana”.

But the Daily Mail laments on the state of the brothers’ relationship with its headline of “Together, but still so far apart”.

And the Daily Mirror leads on the unveiling with a headline of “We miss mum every day”.

Elsewhere, The Guardian leads on fresh warnings from experts that time is running out for the world to take action against the climate crisis as the North American heatwave shows “nowhere is safe”.

The Times also leads on the environment, saying ministers have hatched radical plans to reduce carbon emissions which will drive up the price of gas bills and the cost of running a car.

The Independent splashes on an exclusive about a hospital facing possible criminal charges after allegedly failing to provide safe care to mothers and babies.

And the Daily Star says there have been aerial dogfights between French air force jets and UFOs.