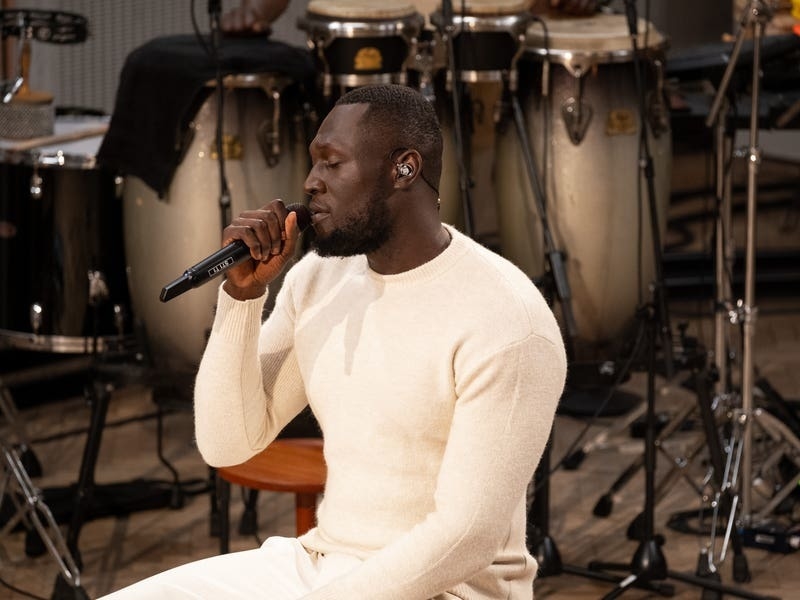 Rapper Stormzy will perform at the 2023 Brit Awards, organisers have confirmed.

The 29-year-old is the latest act to join the bill alongside global superstar Harry Styles as well French DJ David Guetta, US pop star Lizzo, and British singer-songwriters Ella Henderson and Becky Hill.

His latest offering, This Is What I Mean, marked his third UK number one album following the success of Heavy Is The Head in 2019 and 2017’s Gang Signs & Prayer.

The grime artist and rapper also performed a headline set at Glastonbury in 2019, becoming the first black solo British headliner in the festival’s history.

Stormzy is joined by The 1975, newcomer Cat Burns and dance music DJ Fred Again, who all scored three Brit nominations this year.

Ryder, who came second at the Eurovision Song Contest this year before climbing to number one with his debut album, was among the nominees for best new artist.

In the international artist of the year category, three of America’s biggest female acts – Beyonce, Taylor Swift and Lizzo – will battle it out for the prize.

This year, four genre categories will be decided by the public via a vote on TikTok – alternative rock act, hip hop rap grime act, dance act and pop R&B act.

R&B girl group Flo were previously announced as the winners of the 2023 Rising Star award.

The Brits Awards 2023 will take place on February 11, hosted by Mo Gilligan, and will broadcast live on ITV1 and ITVX from London’s The O2 arena.