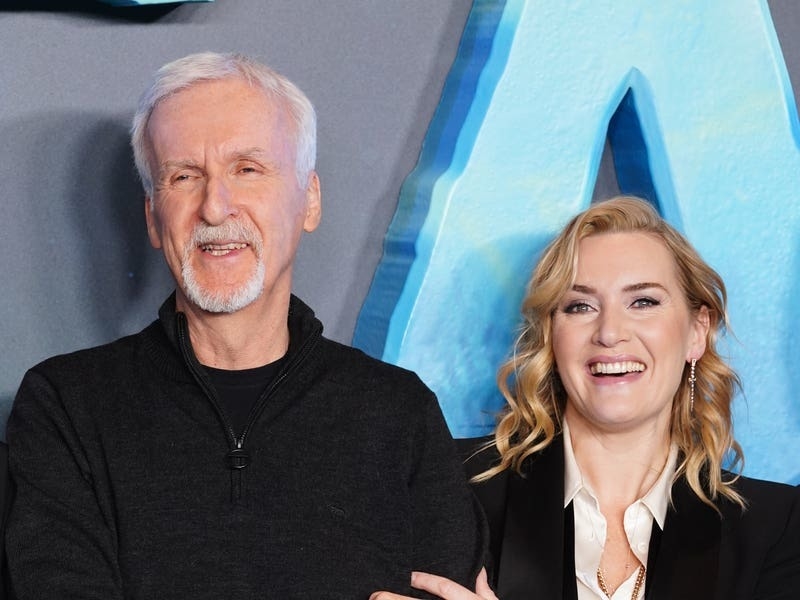 Kate Winslet has addressed previously suggesting she wouldn’t work with director James Cameron again after Titanic, claiming she was “very young” and things got “twisted”.

The sci-fi epic sequel reunited Winslet and Cameron on set for the first time since the 1997 blockbuster Titanic, which won a host of Oscars including best picture and best director for Cameron.

She said: “It’s nearly 27 years since Titanic and I was very young. Looking back so much gets twisted.

“Jim is an amazing man and all the good things I ever said about him were left out so it’s nice to be able to say how extraordinary he is and know people are going to listen this time.

“How he creates these stories is just mesmerising and he establishes a working environment that is so much fun, really collaborative and super experimental.

The original 2009 Avatar film became the highest-grossing film of all time and went on to win three Oscars for its stunning visual effects, cinematography and art direction.

It was set in 2154 and followed paraplegic marine Jake Sully, sent to the moon Pandora on a unique mission which becomes challenged when he falls for Zoe Saldana’s other-worldly blue princess Neytiri.

The sequel is set more than a decade after the events of the first film and sees Jake settle down with Neytiri and their three children in the Na’vis’ rainforest home.

“I am so proud that I was brave enough to learn something new in my 40s. As a woman I felt so great about it and it made me feel really powerful.”

Winslet, who won the outstanding lead actress in a limited anthology series or movie category for Mare Of Easttown last year, said a new series hadn’t been ruled out.

She added: “I have heard the rumours but no decision has been made. It hasn’t been ruled out and there’s been no discussions at the moment.

“I also think, ‘How would you would top that?’”

The Graham Norton Show will air on Saturday at 10.55pm on BBC One.