Assuming andouillette was a region, in a bistro in Saumur in 2008 I made an order that would change my life 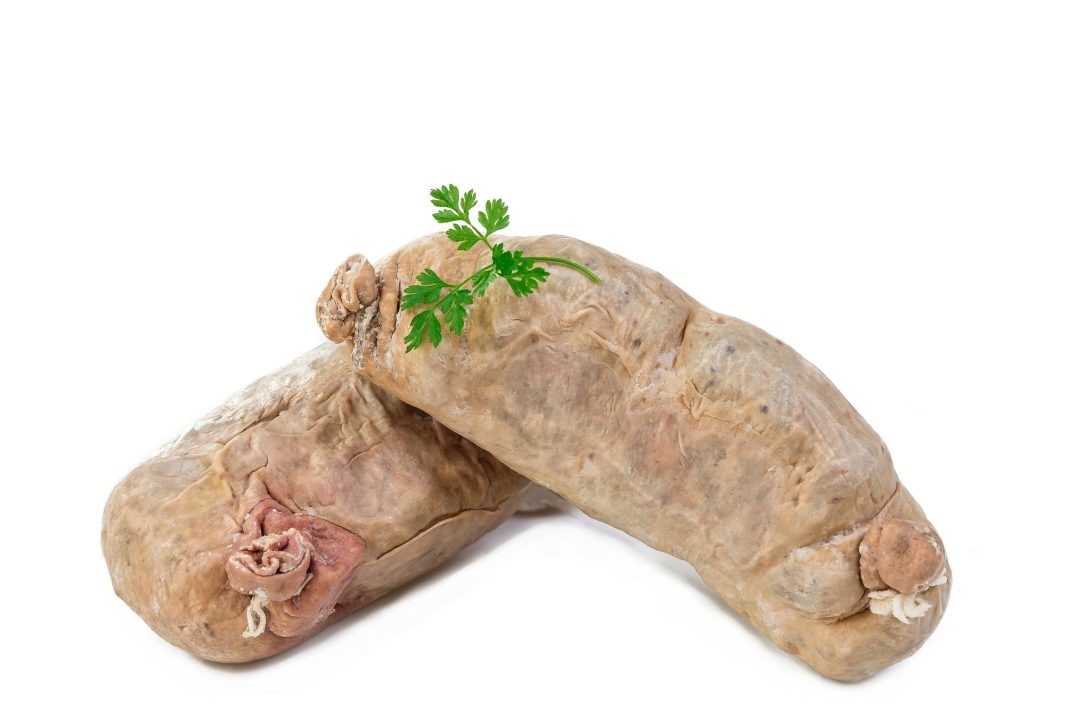 A HOLIDAY to France – the first for four reasonably-priced-wine-and-cheese-free years – could have been memorable for so many reasons.

The endless sunshine. The lovely gîte. The private pool heated to a very pleasant 26°C. The glorious châteaux. The adrenalin rush sparked by the tantalising sight of a giant Super U sign appearing like a beacon on the horizon. (French supermarkets are tourist attractions as far as I am concerned).

Or the heart-stopping thrill you get when you first set eyes on its bigger, better and quite frankly sexier older sibling – the Hyper U.

The two wonderful weeks spent in Souzay-Champigny in the Loire Valley in July 2022 will forever be remembered as the holiday in which I made my peace with the andouillette sausage.

The Loire holds a special place in my heart. After leaving the UK to move to Jersey in 2008 my then-girlfriend and I spent a week cruising around its little towns, marvelling at its chateaux and drinking its reasonably priced wine in a way that only two 20-odd-year-olds without any children can.

The region now represents a demarcation line between my previous life (a journalist working in a busy newsroom in a pretty rough and crime-ridden patch in the north of England) and my current one in the green, pleasant, safe, soft-news land of Jersey.

One of my last jobs before leaving the UK behind was to edit a story about a drug dealer who had been stabbed with such force that part of his intestines were left dangling outside his body.

And then suddenly I was tootling around a posh bit of France, with a new life in a sunny Channel Island to look forward to.

I was also sampling its native food. And that is how, in a bistro in the riverside town of Saumur in April 2008, it happened.

Looking at the menu and assuming that andouillette was a region I made an order that would change my life.

Fifteen minutes later five things happened in unison: Waiter brings food. I cast eye over to wife’s pasta dish. I see wife staring back towards my plate like she’s just witnessed a homicide. I look down. My wife says: ‘But it looks like a…’

She didn’t finish her sentence. Perhaps she couldn’t bring herself to say it. But she didn’t need to. Whatever the hell was inside this pale grey and disconcertingly greasy appendage-like truncheon-shaped object part dangling over the side of my plate was, at this point, the least of my problems.

Just bringing myself to cut into it was going to cause immense psychological trauma. Thank god this wasn’t a first date.

‘But it looks like a…’ my then-girlfriend now, remarkably, wife, said again.

So I closed my eyes and looked away – like you do when a nurse is sticking a needle in your arm – and performed what felt like a rudimentary circumcision.

Then two things happened in unison: I was hit with what I now know is the andouillette’s infamous smell – a smell that reminded me of a norovirus outbreak at our secondary school in 1995. And I watched, gawping with a mixture of horror and amazement as what appeared to be intestines spilled out onto my plate.

And suddenly, in a honking blur of guts and god knows what else, I was mentally transported back to that newsroom in the north of England contemplating that this was exactly what that drug dealer must have gone through.

But he didn’t have to pay for it, so was very much winning in life compared to me.

And because I paid for it, I ate it all. Every last inch of intestine – and the skin it was all wrapped in, which was probably the lining of a pig’s stomach.

From memory it took me eight hours to finish it off and the restaurant had to delay closing while I chewed and chewed and chewed and knocked back an enormous amount of reasonably priced wine to mask the taste as my wife looked on ashen-faced while periodically saying ‘Rich, you don’t have to do this’ and ‘But it looks like a…’

But here’s the thing: you know those mountaineers who fall 1,000ft and break every bone in their body but somehow survive – and then get back on that mountain three years later and reach the summit to great fanfare and a five-minute slot on The One Show?

Well that was (sort of) me, this year, in the meat aisle of Saumur’s Super U – staring down my nemesis and putting him onto my trolley.

Suddenly I had the upper hand. Confidence. Determination. Borderline arrogance, in fact, as I laid out my mission to the family.

‘Boys, daddy is about to eat a sausage filled with an animal’s intestines. And Giulia, yes I do know what it looks like. It looks like a penis.’

In the end, three andouillette were placed on the barbecue. Two exploded, sending bits of guts into the nearby pampas grass. One survived. And I ate it all – and enjoyed it.

Based on previous experience, I expect to stop tasting it sometime in the back end of 2029.

France is a wonderful place with wonderful food: cheese so smelly it taints everything else in your fridge, tins of duck encased in bucketfuls of fat, supermarket cereal aisles stuffed with so many sugary products they look like something from the 80s, all manner of meats churned up into patés and saucisson.

It has quiet roads, a brilliantly safe cycle network, beautiful towns, fantastic beaches, some of Europe’s finest mountains and a great attitude towards life.

Having thought long and hard about this, France’s only negative is its public toilets – those grotesquely dirty and hideously smelly conveniences you force yourself to use only when absolutely desperate – and only with a peg on your nose.

But when you’ve knocked back an andouillette, they really don’t seem that bad.