Know someone who would make a good politician? Plant the seed and watch them grow 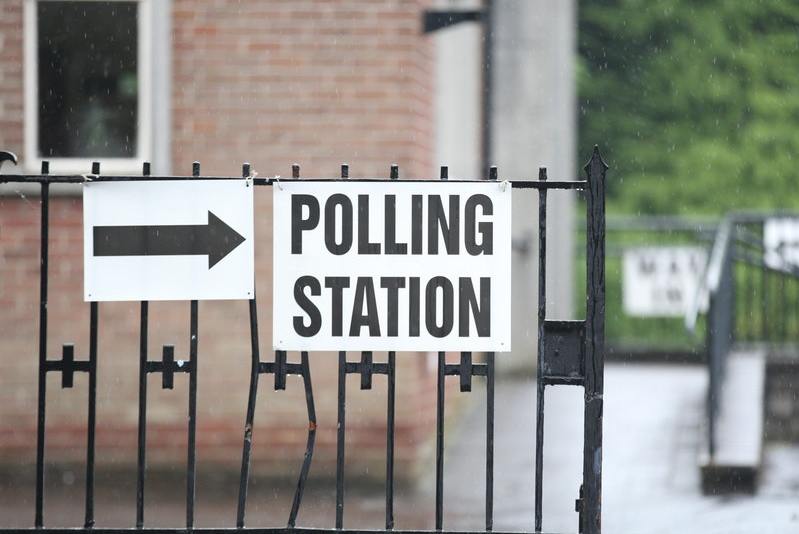 THERE’S 45 days until Christmas. Which means there’s 52 days until we welcome in a new year, and all that it has in store. It may still sound like a while, but now Halloween and Bonfire Night are out of the way those days will go by in a flash and we will be pulling crackers and prepping turkeys before you know it.

Which means it will be 2022 before we know it too. Now, I don’t want to wish away the next few months but it really does mean that Jersey’s next General Election is just around the corner. Which is why efforts have started to ramp up to get Islanders to sign up to the electoral register (you may have had a form through your letterbox recently) and to get people to think about putting themselves forward as candidates.

This week the Greffier of the States, Mark Egan, and his deputy Lisa Hart held a live Q&A online for those considering standing for election who wanted to know more about what to expect or whether the role of a States Member is right for them. The aim of the event was to ‘demystify’ Jersey politics and encourage a diversity of candidates to stand in the 2022 election, which is due to take place in June. Our emerging political parties will also be ramping up their efforts to sign up candidates.

But if you don’t fancy standing for election yourself and you’ve made sure you are on the electoral register you may think your job is done for a few months yet, until it’s time to make some decisions and actually vote, right? Wrong. The general public have an opportunity from day one to shape how this next election goes, and it’s an opportunity that as a community we often under-appreciate the value of.

Because getting diverse and good quality candidates to stand for election is everyone’s responsibility, not just the States Greffe or Reform, Progress, Alliance or the Jersey Liberal Conservatives or organisations such as the Institute of Directors. And individual members of the public can have a powerful part to play in the process of someone deciding – and being confident enough – to stand for election.

According to 50:50 Parliament, which works in the UK to achieve an inclusive gender-balanced parliament, studies have shown that women are half as likely than men to consider themselves potential candidates for elected office and that they need to be asked three times before they will consider standing. And it can’t just be women who this applies to – some men may feel the same, and those from other under-represented groups such as ethnic minorities are likely to be in the same boat. One of the projects started by that UK organisation in an effort to break down those barriers is the Ask Her to Stand campaign, running since 2016, which asks people to give women they think would make great politicians a nudge to stand for election. 50:50 then sends them a message to encourage them, and if the woman is interested she can sign up to stand and will be supported through the process by the team.

Here in Jersey the IOD has its own campaign running using the hashtags #standforjsy #voteforjsy and is aiming to encourage a range of ‘diverse, experienced and high-calibre candidates to stand in the next election’.

All of these campaigns and movements are great, and important. But let’s not forget the part we can play as individuals in this process. Let’s start tapping people on the shoulder who we’d like to see in the States – friends, relatives, next door neighbours, that vocal person on Facebook you’ve never met but agree with all the time, even complete strangers you’ve just read about in the paper. Do not underestimate the power of an encouraging ‘I think you’d be really good at this’.

Sure, it takes some bravery to make that first move, and, as 50:50 recognises, you may have to say it more than once or encourage other people to say it too. But just think of the diversity of candidates we could have if we all went out of our way to identify one or two people who we’d really like to see in the States. Imagine how nice it would be to turn up on election day to a polling station and have a choice of names in front of you that you can actually identify with. And, in turn, wouldn’t it be refreshing to see people voted into office who actually reflect the Island they represent? We all have a part to play from day one in making this happen.

So why not set yourself the challenge of identifying one person who you think would make a good States Member and tell them so? Send them a message, a Tweet, an email or pick up the phone or say it to them in person. If you’re too shy to say it yourself, ask someone else to do it for you. Plant that seed – three times if you have to – and recognise that it’s no good getting to election day and complaining that there’s no good candidates (or, worse still, not going to vote at all because we don’t like the options) if we didn’t make an effort to begin with.