A day free of toxic debates, perfect holiday snaps and trolls? I would pay £117 million for that 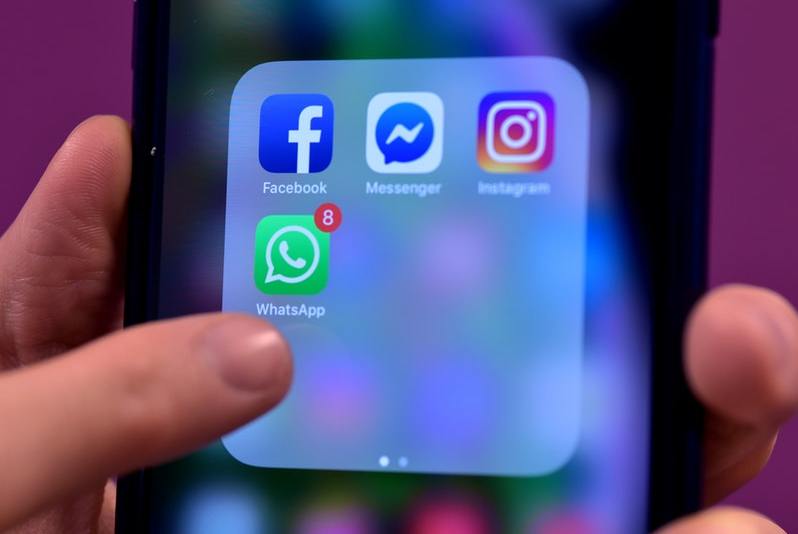 I REFRESHED, reloaded, relaunched, I even turned it off and on again. But by the time the kids were in bed on Monday evening it was obvious that there was more to the Facebook issues than just my router playing up.

Described as a ‘catastrophic outage’ believed to have been caused by a server update gone wrong, from late afternoon that day Facebook, Instagram, WhatsApp and Facebook Messenger went down for people around the world for a number of hours. One news website took to updating its headline accordingly – ‘Facebook, Instagram and WhatsApp go down worldwide for two hours and counting’, ‘…for three hours and counting’, ‘…for four hours and counting’, and so on. I like to imagine it was one person’s job in the newsroom to set a timer and hit update every hour. Others called it the day the internet broke – ironically that one was a web story.

It was estimated during the outage that it had cost the global economy around £117 million, and the Facebook share price plummeted. Staff at the company’s US headquarters in California were also reportedly unable to access parts of the building as their key cards had stopped working.

At one stage one expert was quoted in the UK media as saying that Facebook had effectively been ‘erased from the internet’. I take it that meant they’d forgotten to renew their domain licence or something.

It was interesting to watch it play out – on Twitter mainly due to the lack of other available options.

But most importantly, how were we all to communicate with our mates? See what Stuart down the road had had for dinner or what Susan was getting up to on her holidays or how #blessed Simone was that day? And think of all those poor kids going to school without their PE kit or science project or library book because their parents missed the WhatsApp reminder from the class rep. It’s amazing when you realise that half your life is organised via an online messaging system which, we now know, could go down at any point.

The outage even prevented me from writing the column I had originally planned because I couldn’t look up a post on Facebook which was central to the discussion.

So what do you do when the world of social media goes down? What any other self-respecting Millennial would do in this situation – surf the internet to follow the story, keep checking the apps just in case it’s all been fixed and revert to Twitter for all the goss and goings on. Ah, thank goodness for Twitter.

Muscle memory, however, meant I still found myself picking up my phone and attempting to scroll through Facebook or Instagram multiple times throughout the evening.

But instead of shiny smiling faces and plates of avocado on toast, I was greeted with a plain background and messages such as ‘sorry, something went wrong, try again later’.

Frustratingly, the Facebook icon on my phone’s home screen kept telling me I had three notifications. Unlike the 232 unread – mostly spam – emails littering my inbox, leaving a Facebook notification unread makes me twitch.

All of that said, it was beautifully quiet – digitally speaking anyway. Unlike self-enforced ‘social-media holidays’ or phone-free nights or however else people try to have a digital switch-off, Monday night was more therapeutic because you knew everyone was turned off. There were no worries about missed messages, no Facebook debates about fireworks and dogs or the legitimacy of stories about a woman stuck at the Harbour to miss out on, no chance of missing any amazing deals on the selling sites or, even better, e-cycle ones, and, for those running small businesses via social media, there were no orders to process.

With just one feed to check it was less noisy, calmer and, once you’d got used to it, actually quite a nice experience.

But by around 10.30pm it was all over and normal service was being resumed, luckily in time for the night feeds with the baby when some mindless social-media scrolling is desperately needed to help keep my eyes open. Consider it the modern-day equivalent of matches propping up your eyelids.

I try not to post, comment or even like during the twilight hours. I’m unlikely to be thinking straight at 3.43am anyway. Amazon, however, is another story and it’s always fun to check your emails the morning after to see what late-night purchases you’ve made in your sleep-deprived stupor, or, better still, wait for them to arrive through the post for a real surprise.

Social media came into its own during lockdown and provided vital links between people not just for information but for maintaining social contact and helping businesses reach customers in new ways during desperate times.

But we all know social media has a bad side too – the seemingly perfect pictures, the toxic debates, the trolls and bullies and relentless nature of it all.

With that in mind, Monday night showed us it might not be a bad idea to switch off social media for a few hours every now and again.

As one commentator suggested, perhaps such a move could be used to mark World Mental Health Day.

We could all pack the kids’ PE kits in advance, see what our mates are eating by actually going for a meal with them and count our own blessings without fixating on other people’s. It would be £117 million well spent.