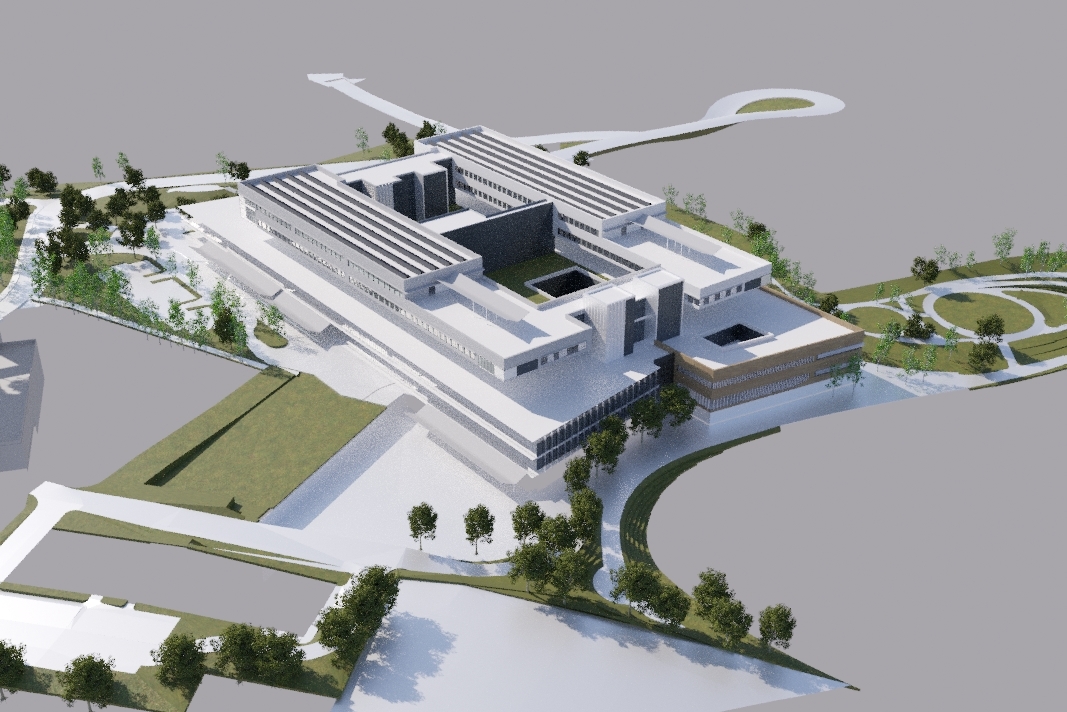 WHEN I read the letter from the 40 hospital doctors and consultants imploring States Members to support the financial bill of £800 million to build the new hospital at Overdale, I was reminded of an event of 1963 when a young and attractive lady called Mandy Rice Davies – described by the press as an ‘actress and good-time girl’ – was accusing a prominent Cabinet minister of having sex with her for money.

His lawyer attacked her evidence telling her that the minister was totally and utterly ‘cross-my-heart-and-hope-to-die’ denying that he had ever met her, let alone had sex with her.

The Daily Mail reported that she giggled and said: ‘Well, he would say that, wouldn’t he?’

And so it is with these 40 doctors, consultants and clinicians. I understand why they are so keen to see the Overdale hospital project through.

If you were working in an outdated place where the care of sick and hurt people was your number-one priority, wouldn’t you want a big, brand-spanking new, shiny place with oodles of car parking, landscaped gardens, lots of trees, great views of St Aubin’s Bay and the best equipment that money can buy to make your job more satisfying?

In making their case to the public of Jersey the concerned 40 point out with some vigour that we do need a new hospital as the old one is outdated and in poor condition. They are pushing against an open door – I don’t believe that anyone opposed to a new hospital being sited at Overdale doesn’t accept that we need a new building. That is not and never has been an issue The issues that concern people about the Overdale position are:

1. The location – when the Overdale site was chosen no one realised that it would mean destroying the historic bowling club affecting the recreational and sporting lives of over 200 men and women. Would they have made that recommendation if they had known that would be the result?

2. No one was told that it would mean a complete redesign of Westmount Road, turning it into a ‘super highway’ to the shock of all those who own property on the way up that road, including those who bought their flats recently believing that they would be living on a quiet and little-used thoroughfare overlooking a park – their values have already depreciated.

3. The St Helier Roads Committee, which is responsible for keeping traffic flowing into, through and out of town, is deeply concerned about how putting the hospital at Overdale can only create gridlock to the traffic flow as east and west traffic en route to the hospital can only end up at Cheapside. No solution has been put forward that will stop this happening.

4. The Crematorium will have to be demolished and a new one built elsewhere.

5. Pets Paradise, a firm that has been there for many years, will be put out of business as their parking area will be taken over.

6. A number of houses have had to be purchased using compulsory purchasing legislation, surely one of the most heartless things a government can do to a family.

7. The eye-watering cost of £800 million will require borrowing on a scale never before seen in Jersey, even when the Island was recovering from the five years of German occupation and the need for facilities of all types from social housing to hospitals, schools, roads, airports, was essential. The Hospital Review Panel, chaired by Senator Kristina Moore, who are carrying out a detailed review of the proposed costs, are deeply concerned about the escalating costs, plus the Public Accounts Committee and the Auditor General are not satisfied with the answers they have been given about why the costs of this project are so high.

Neither are local builders, who are highly experienced in cost analysis of projects like this, who say that these costs are 30% higher than building similar-size hospitals in the UK and in Europe.

The 40 doctors, consultants and clinicians who signed that letter want States Members to ignore all these important factors and approve voting for the money so that we ‘can get on with the job’. They also argue that ‘States Members should come together, to see the bigger picture and for the sake of the healthcare needs of this generation and of future generations please make the right decision’ because we need a new hospital. That need has never been in doubt or questioned.

The group have also become involved in emotional blackmail by claiming that parts of the hospital are not ‘fit for purpose’ by arguing that these parts are in such a poor state of repair that it is impossible for them to care properly for patients.

If that is truly the case, the current Health Minister is guilty of incompetence and neglect for failing to secure funding to repair or refurbish those problem areas, as they have done recently with the maternity ward.

It has been obvious for some years that we need a new hospital building. But what we do not need is a new hospital that is going to cost too much to build and saddle future Islanders with a huge debt and which will be built on an unsuitable site on top of a hill and to achieve it will mean demolishing a number of quality homes, an important and historic bowling club and which will create adverse problems on the traffic flow in St Helier, as well as damaging the character of the area by creating a ‘super highway’ and require a crematorium to be relocated and a new one to be built again in a place no one knows where.

I would hope that States Members would look at their arguments, dismiss them and say: ‘Well, they would say that, wouldn’t they?’