Did you take drugs? – Jersey’s ministers respond to drug survey

We also asked them if they thought taking an illegal drug for recreational purposes – even if it was a long time ago – should disqualify a person from taking up political office in Jersey.

The answers that came back covered the full spectrum, from flat denial to frank confession. And then there were also the silences – those who, for one reason or another, failed to respond to the questions.

Of the States of Jersey’s 20 ministers and assistant Ministers, four did not submit an answer in time.

1. Have you ever taken a class A drug (such as cocaine, LSD or ecstasy)?

2. Have you ever taken a class B drug (such as cannabis)?

3. Do you think that taking an illegal drug for recreational purposes (even if it was a long time ago, in one’s youth) should prohibit a person from taking up political office in Jersey? 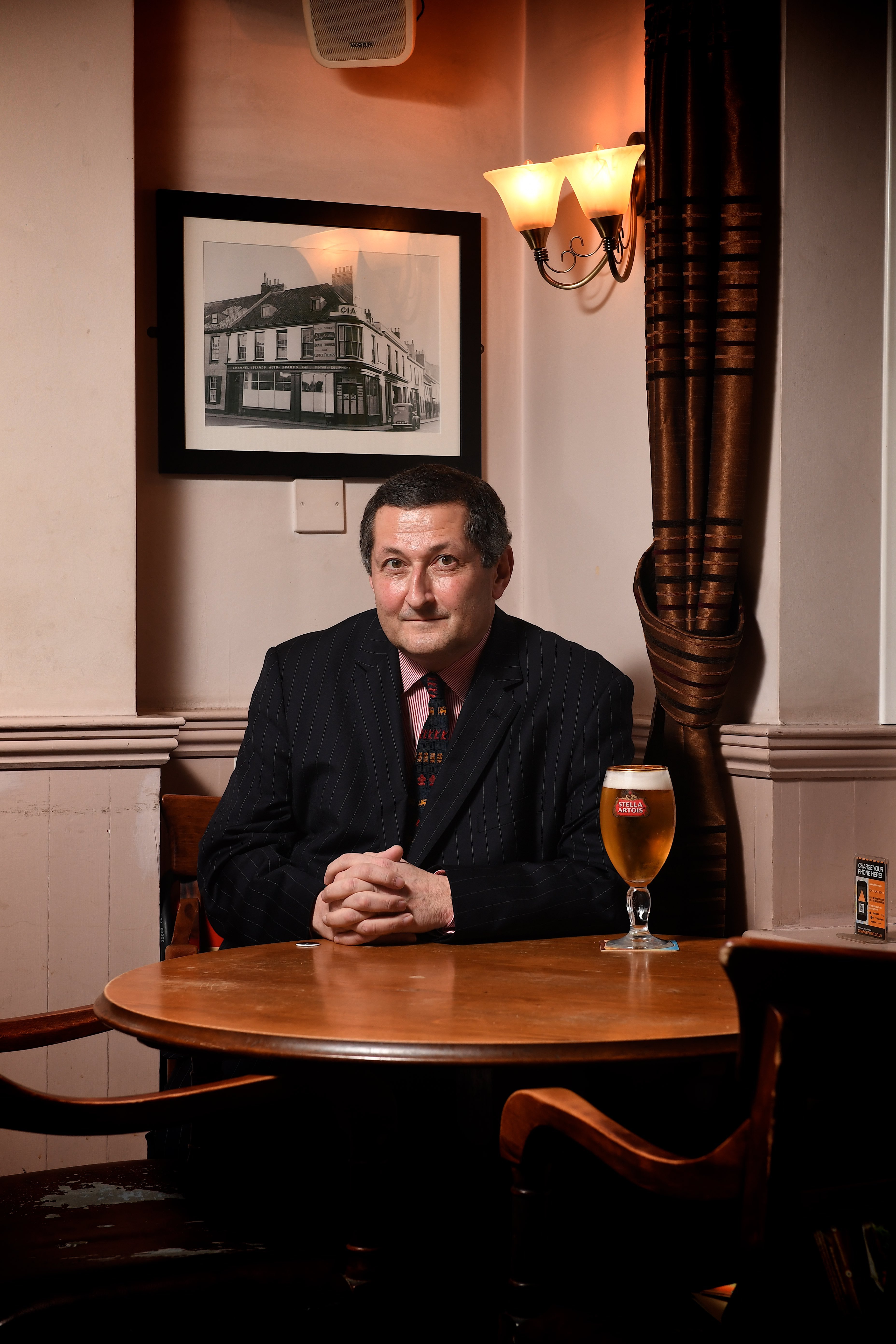 Topping the poll for sheer honesty and entertainment value was Assistant Treasury Minister Lindsay Ash, who admitted to some drunken joint-smoking in his youth.

‘Only once, in the early Eighties,’ he said. ‘Someone gave me cannabis, which I smoked. I then asked, “What’s this supposed to do?” – “Make you feel relaxed” was the reply. I said, “I’ve had eight pints of Stella, I already feel pretty relaxed!”

Unsurprisingly, perhaps, Deputy Ash (who campaigned for political office with the slogan ‘Get on the Lash’) said that he did not believe that past transgressions with illegal drugs should stop a person from seeking political office.

The Education Minister, Tracey Vallois, took a similar stance, admitting that she too had ‘tried cannabis a long time ago’, but adding that a breadth of life experience can help politicians in the development of policy. ‘No [to the question of whether it should stop a person from entering politics], as long as it is not while they are planning on going into office,’ she said. ‘And the reason for saying this is that there are important life lessons and experiences they can bring to the development of policy and add value to practical solutions for supporting people. 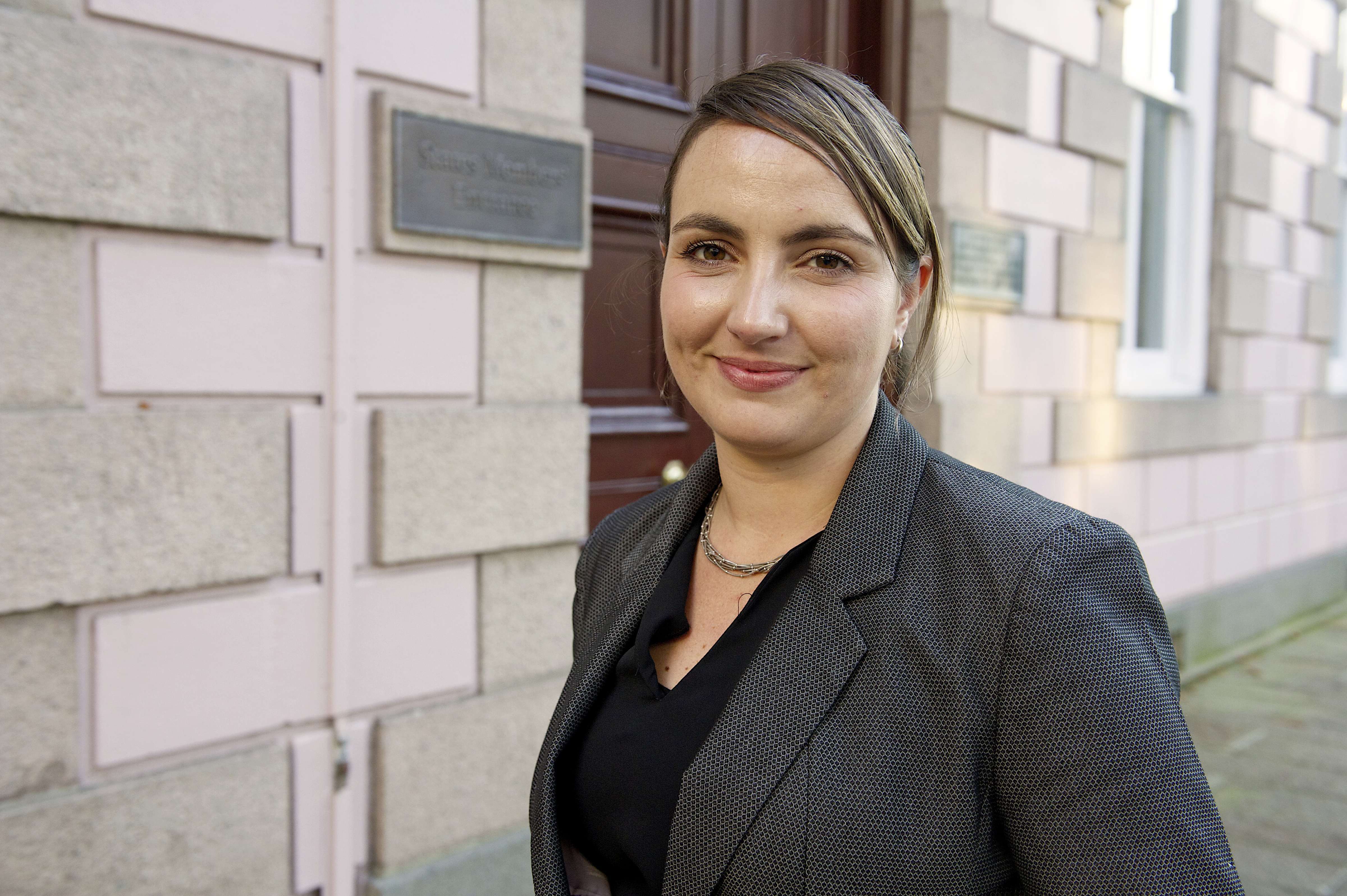 ‘Also, as someone who has Crohn’s disease, I recognise the arguments made by many sufferers from debilitating illnesses across the globe about the potential assistance a drug such as cannabis can have in helping them live on a daily basis, hence my support for medicinal cannabis.’

This view was supported by Assistant Education Minister Jeremy Maçon, who said: ‘People with, say, previous addiction problems, now reformed, should be able to stand [for political office], as the States Assembly should be reflective of society. They would have an experienced view on support services and drugs policy in general.’

There was a similar trend in the responses of other ministers and assistant ministers, who for the most part, felt that past drug use should not necessarily prevent people from running for a seat in the States.

Only a few of the respondents expressed any ambiguity on this point.

Assistant Chief Minister Chris Taylor pointed out that there would be a necessity to declare it during elections, if past drug use had led to a criminal conviction.

Assistant Minister for Economic Development Steve Pallett was precise enough to suggest a cut-off point, after which a potential politician would no longer be able to play the ‘past mistakes’ card: ‘After the age of 25, there really is no excuse,’ he said.

Assistant External Relations Minister Richard Buchanan also drew a distinction (albeit a less exact one) between the mistakes of yesteryear and yesterday.

‘I have never taken class A or B drugs and I do not think indiscretions of youth should be a bar to political office here or in the UK,’ he said. ‘More recent indiscretions or offences being a different issue.’

But for Environment Minister John Young the main issue raised by the question of a politician’s past was that of disparity with the attitudes in other professions. 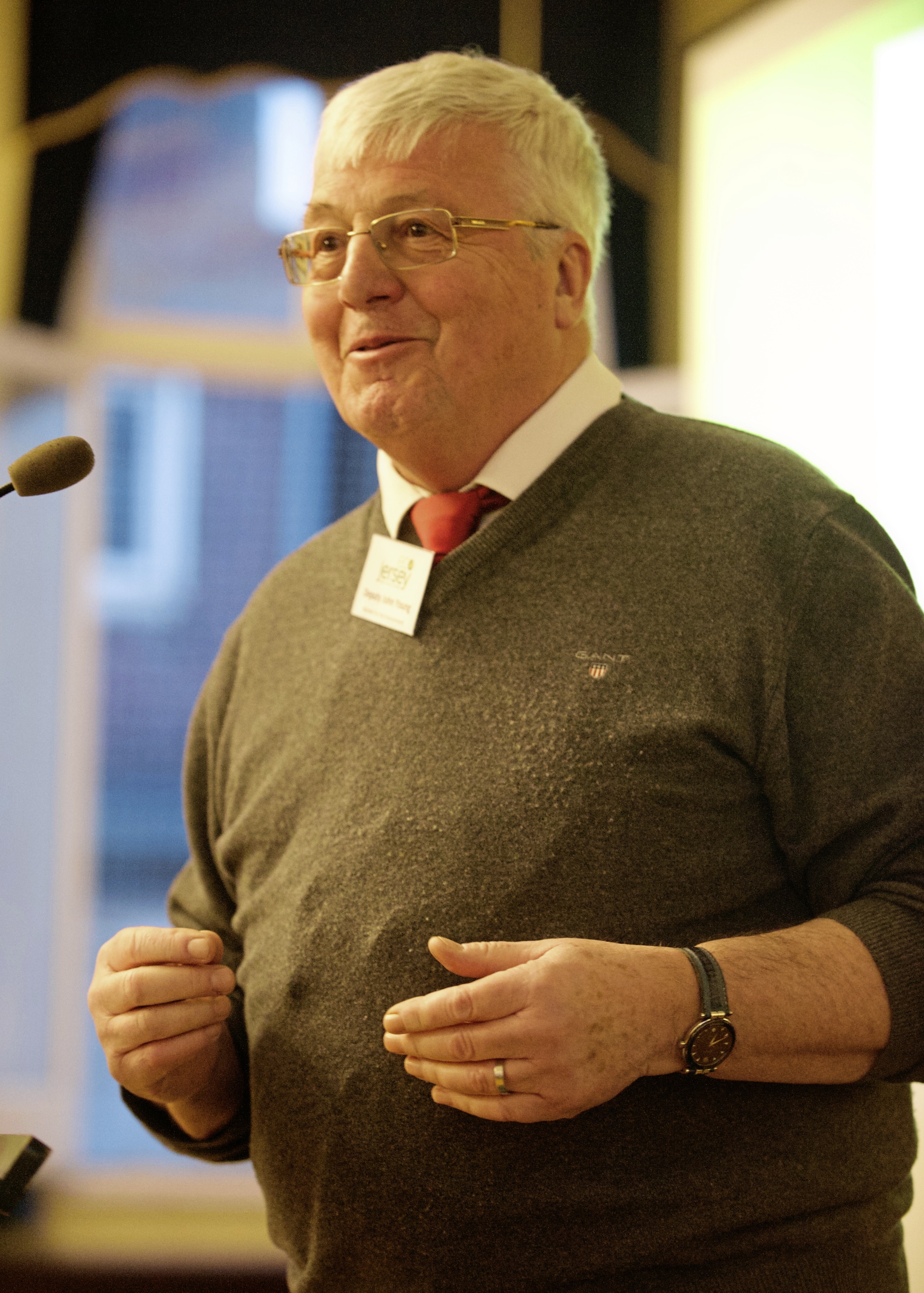 He said he found it ‘breathtakingly crazy’ that someone might not be able to become a teacher or soldier, for example, due to past drug history but could potentially still hold public office.

‘I don’t want to see young people at the early stages of their development and career being punished for life for anything but the most serious misdemeanours,’ he said.

‘But it is truly, breathtakingly crazy that a person with a past drugs history can be a candidate for Prime Minister but would be disqualified from a career in the armed forces, teaching, medicine and so on.’

Picking up specifically on the point about teachers and the barriers that past drug use presents for them, Housing and Children’s Minister Sam Mézec said that while he had never taken illegal drugs himself, he did not believe that ‘people should have their whole lives ruined’ because of choices made in earlier life.

In particular, he referenced the current news stories about Michael Gove MP, who had imposed strict measures on the teaching profession and yet was now, in his view, displaying a level of deep hypocrisy.

‘I cannot stomach the hypocrisy of Michael Gove claiming he deserves a second chance, yet he as Education Secretary introduced a rule to bar anyone from working as a teacher for the rest of their lives if they had taken drugs earlier in life,’ he said. ‘I think that the whole British (and by extension Jersey) approach to drugs policy is counter-productive and actually deeply hypocritical. It is as much a class issue as anything else, where the poor who suffer from drug addictions are treated as criminals, yet the rich who take drugs at parties with the elites get to be contenders for Prime Minister. Something is deeply wrong with that and a different approach is needed.’ 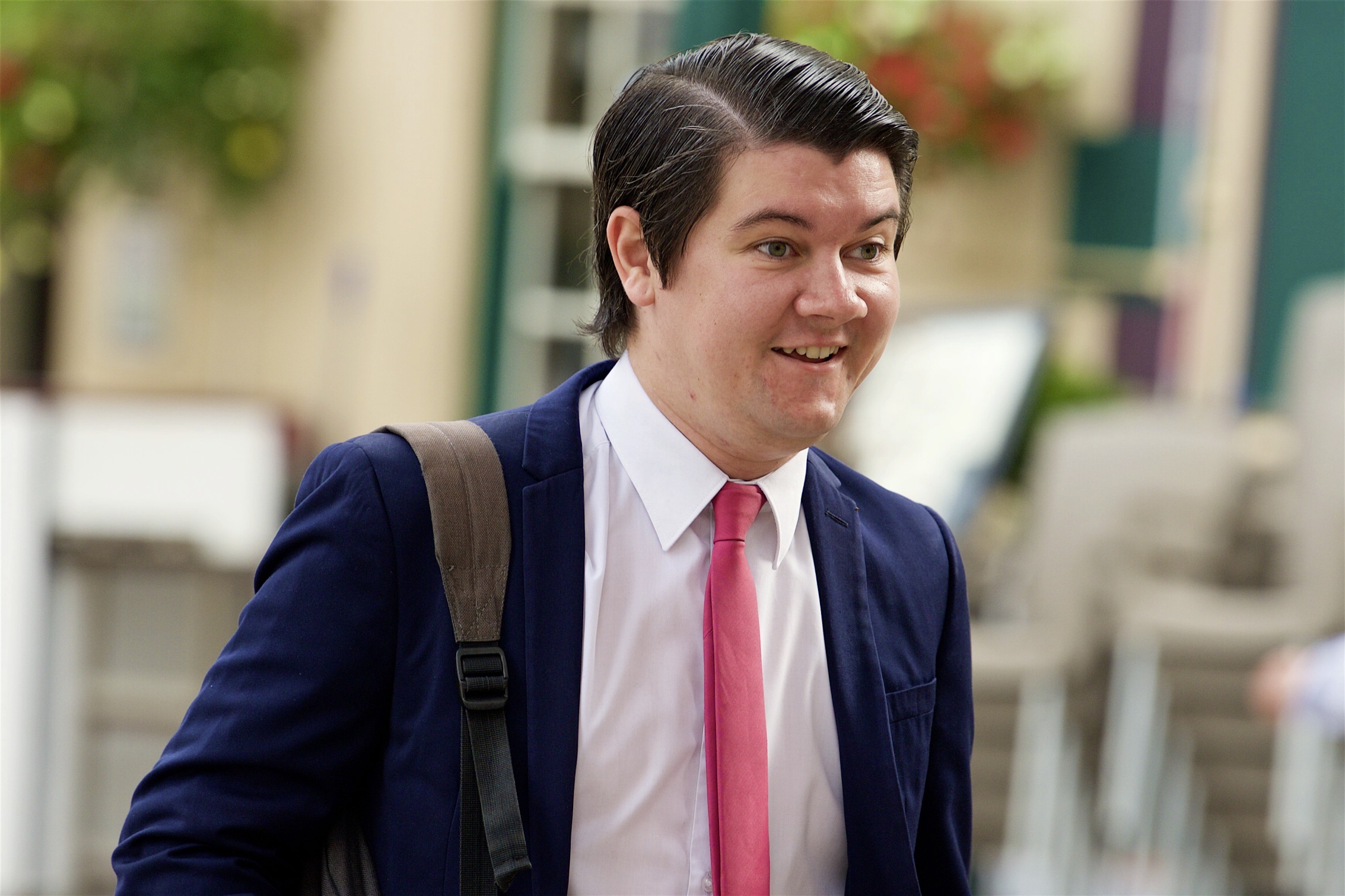 Deputy Young concurred with the idea that drug-taking is, among other things, a class issue.

‘At the age of 72, I can say I have never taken class A and B drugs,’ he said. ‘Nor have I any interest or need for them – life has enough complications. I must have a sheltered life as I have never been offered them!

‘You might be surprised at this. I was a working-class London teenager in the 1960s. We had little money and our recreation was simple: road cafés, motorbikes, scooters, Sunday trips to Southend, and so on, much lubricated by Watneys Red Barrel at pubs, with groups like The Who playing. Drugs were for the posh and well-off. I never went to university, until Open University later in life.’

Assistant Home Affairs Minister Gregory Guida also drew attention to the way in which treating drug users as criminals can be a waste of official efforts.

‘I have never taken drugs myself but I do think we are wasting much more effort criminalising their use than we would minimising their effects,’ he said. ‘I would therefore not hold it against anybody if they had used them in their past.’

Assistant Health Minister Hugh Raymond gave a similar view. ‘Having qualified as a teacher those many years ago before moving into finance I have to say I am very boring in so much as I have never taken any A or B drugs in my life,’ he said.

He added that he was ambivalent on the question of whether drug use should disqualify someone from running for public office.

‘At university or college, one can be easily led astray and make a mistake on one occasion, which should really not affect your life later on – but it does depend on the severity of the crime and how many times one has partaken,’ he said.

Or, as Treasury Minster Susie Pinel said, while politicians must always obey the law, ‘what people do in their private lives is private’.

Perhaps the best advice of all, though, came from Social Security Minister Judy Martin, who told a story of her and a friend as misguided teenagers once trying what they thought was cannabis. It turned out that what they had been given was a bag of mixed herbs.

‘The motto of this is that you never know what you are buying, and I would much prefer a nice glass of wine,’ she said.