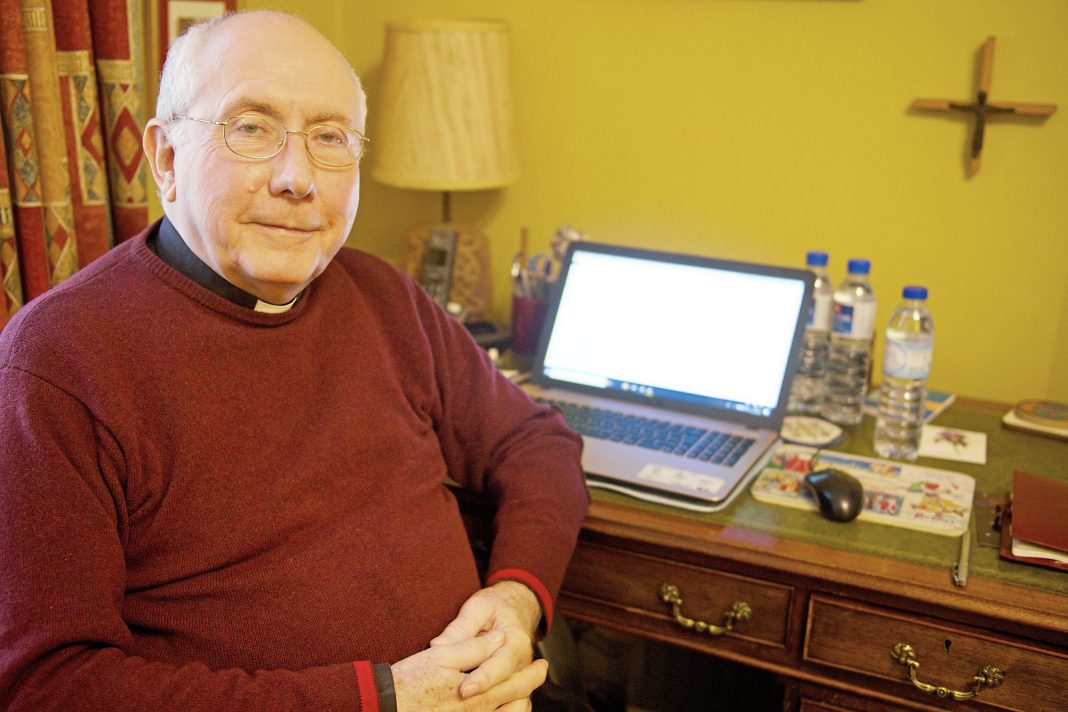 Currently Catholic couples are able to have their marriage ratified in accordance with both their religion and civil laws in one ceremony.

However, Monsignor Nicholas France said that the changing definition of marriage following proposals to legalise same-sex weddings meant that the Catholic church in Jersey was considering giving up its privileges under the current law to perform a joint civil and religious ceremony.

The move would mean that all Catholic couples would have to have a civil wedding with a registrar before opting to have a religious ceremony according to Catholic canon law.

Speaking during a Scrutiny panel hearing into proposed changes to the marriage law, Mgr France said the issue had arisen because the civil meaning of the word marriage was changing and becoming incompatible with Christian teachings. He added that he was in discussions with the Bishop of Portsmouth – whose diocese Jersey falls under – as to whether to opt out of performing civil ceremonies and the move could come into force as early as February or March.

The States first accepted the principle of allowing gay marriage in 2015. However, the amendments which would fully enact the law have been set back by a number of delays. They were approved in principle earlier this year and called in by Scrutiny for further review.

Chief Minister Ian Gorst’s proposals include provisions known as the ‘quadruple lock’, which guarantees that religious organisations and officials would not have to marry same-sex couples against their wishes.

Speaking after the panel hearing, Mgr France said: ‘There is a series of new questions that we have to take time to find the answers to.

‘We have to respect the fact the law is changing. Therefore we shouldn’t try to claim the right to carry out the civil side because there are elements of the civil marriage laws that we don’t or can’t agree with.’

He added that while the Catholic Church ‘respect gay people and respect the laws’ the proposed legal definition of marriage was incompatible with the Catholic faith.

‘Marriage traditionally has always been between a man and a woman – we can within a church keep the religious understanding of marriage.

‘Maybe we shouldn’t really try to do the civil side and should not be using the authorised privilege we have to conduct the civil part of the ceremony.’

He added: ‘We all belong to the civil community – that is the law of the States of Jersey – and we have the Catholic community. If this happened, there would be a civil wedding according to the law and we would marry them again according to religious laws.’

He said the system was fairly common practice in Europe and worked well.

During the panel hearing, Mgr France also revealed that he had not been consulted on the wording of the draft law. He said that he had an initial meeting with Senator Gorst ‘around two years ago’ when the Chief Minister revealed his intention to lodge the proposals for same-sex marriage but had received no further updates or any input into the drafting of the legislation. He also said that he had not read the law.

The marriage proposals are due to come back before the States for debate and potential final approval on Tuesday 30 January.