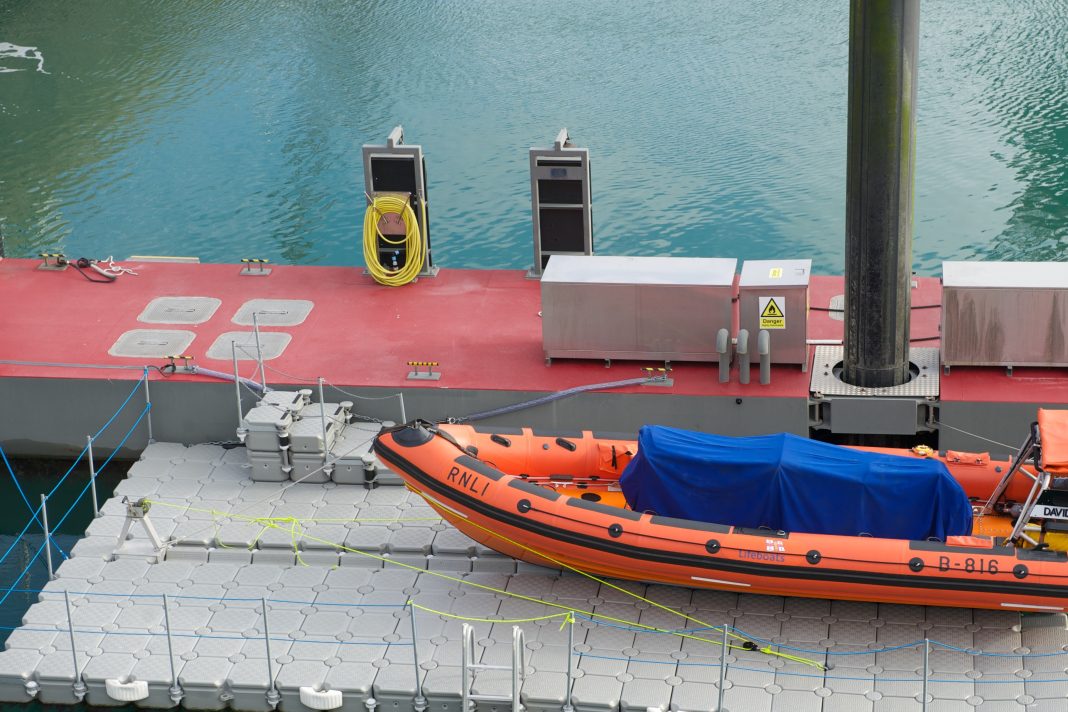 In an open letter published online, the UK chief executive of the charity, Paul Boissier, said the decision was not taken lightly and local authorities were briefed to ensure contingency plans were in place.

He also described the RNLI’s decision to shut down the St Helier station last Friday as ‘justified and the right thing to do’.

The shutdown followed a breakdown in the relationship between volunteers and the charity which finally boiled over after months of simmering in the background.

Days before, the crew had signalled their intention to set up an independent lifeboat service separate from the RNLI.

Mr Bossier, a former Royal Navy serviceman, said that because of the broken relationship with the volunteer crew the RNLI could ‘no longer rely on their continued commitment’ and the only choice was to close the station.

The letter adds: ‘With an evidently broken relationship between the crew and the RNLI and with the crew having said they wanted to become an independent station, we felt that we could no longer rely on their continued commitment and our only choice was to close the station.

‘We will focus on restoring an inshore service at St Helier as quickly as possible and in the meantime we wanted to ensure the all-weather lifeboat remained well looked after.

‘Removing the all-weather lifeboat temporarily to Poole allows it to be fully serviced while a replacement crew is found.

‘We did this as soon as the crew were told our decision. This decision was not rushed, but made after talks with key partners including the States of Jersey and the Harbourmaster to ensure contingency plans were, and continue to be, in place.’

A States spokesman said in a statement that government officials were aware that the charity intended to transfer the boat back to Poole, but ‘no indication was given of when that might happen’.

Speaking about almost £7 million of donations held in a bank account for use in lifesaving in Jersey, Mr Boissier said: ‘There is a restricted fund balance of nearly £7m for Jersey.

‘As less than one per cent of this amount is specifically restricted to St Helier Lifeboat Station, the majority of these funds will remain restricted to the RNLI’s activities on the island as the RNLI still operates the station at St Catherine’s, a seasonal lifeguard service and aims to reinstate a lifesaving service at St Helier.’

A meeting was due to be held today to update the media on the RNLI’s progress on restoring a lifeboat service in St Helier.