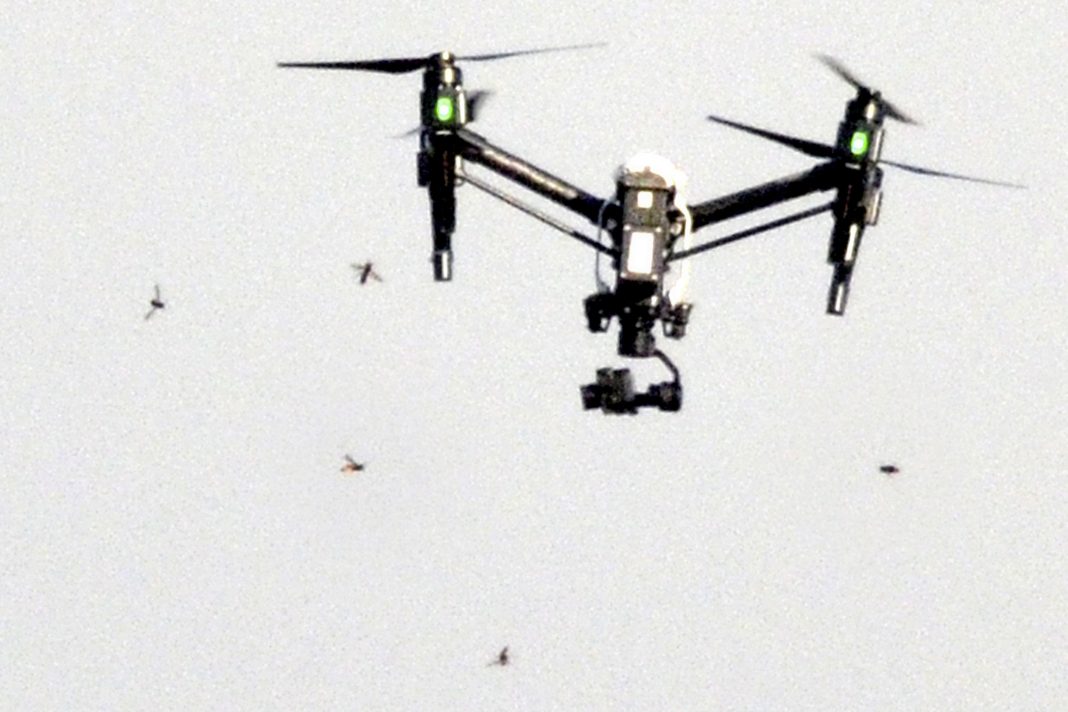 Firefighters used the device carrying thermal-imaging technology to try to locate a nest around Archirondel and Anne Port.

Members of the Jersey Beekeepers Association have been working daily with the Environment Department to detect and destroy Asian hornet nests before the queens begin the cycle of setting up new colonies in time for winter.

A single colony can contain up to 6,000 insects and just one hornet has the ability to kill 50 bees in one day. Unless nests are eradicated before the queens come out of hibernation in spring, there could be tens of thousands of Asian hornets in the Island by next summer.

Yesterday, through the use of the drone, the nest on the road between Archirondel and Anne Port was located 11 metres up a sycamore tree – but only after the swarm of hornets emerged from foliage to attack the machine.

Pest controllers hope to destroy and remove the nest this week. Meanwhile, the search continues for others in the same area, as well as at Rozel, St Brelade and in the outskirts of St Helier, at Mont Millais.

Beekeeper Bob Hogge, who has been trapping and tracking hornets on the east coast for weeks, says the drone’s blades cut through the insects as they attacked it.

‘They flew up to attack the drone, which was a pretty spectacular sight, as there were quite a lot of them,’ he said. ‘This could prove to be the best way of detecting them, as the heat-seeking technology failed to locate the nest, and they will come out of the nest if they think the nest is under attack.’