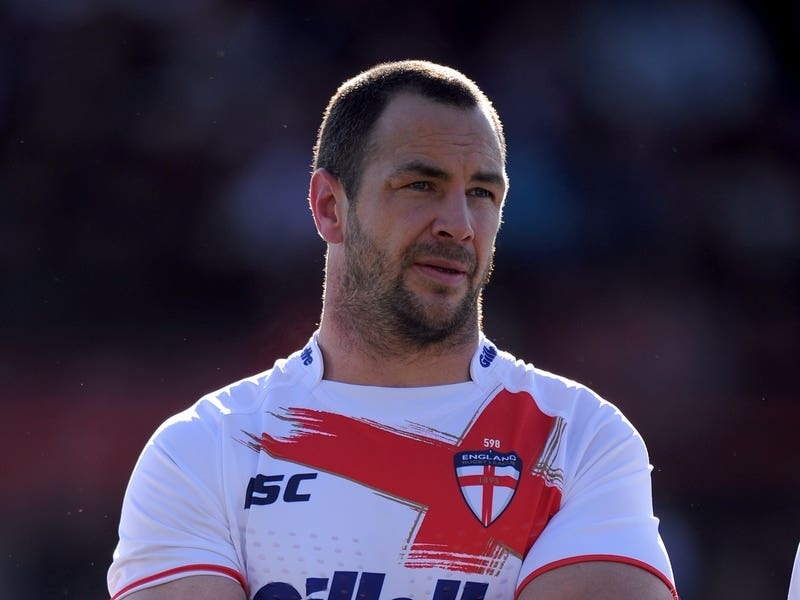 Adrian Morley is confident England have the front-row resources for the World Cup to offset the loss of Alex Walmsley.

Walmsley would have been one of the first names in coach Shaun Wane’s 24-man squad but for injury and the England boss may have to delve deeper into his prop pool to cover his absence.

Morley, a front rower who made 30 appearances for Great Britain and 23 for England, says Wane has two obvious starting props even without the St Helens man.

“Walmsley is the best front rower without doubt in the Super League but they’ve got (Luke) Thompson coming from the NRL and (Mikolaj) Oledzki is one of the best props in Super League so, even though it’s a big loss, I think we’re okay for numbers in that position,” Morley told the PA news agency.

Morley expects his home-town club Salford to be well represented after their impressive Super League campaign.

“Andy Ackers had a fantastic finish to the season so he did himself no harm, although I know the hooking position is really strong for England,” Morley said.

“Kallum Watkins has had a new lease of life in the second row so he’s done enough as well and Marc Sneyd has played a huge part in Salford’s revival. If he was in there, you couldn’t argue against his selection.”

Morley, who played in the 2000 and 2008 World Cups, likes the look of England and believes the rise of Tonga and Samoa could make the 16th tournament the most open in history.

“I thought they looked like a well-drilled, well-organised team, plus they are going to get the NRL-based players and a few that weren’t available mid-season.

“The fact it’s on home soil is a massive boost for the English team so they will give themselves a chance.

“Australia are going to be favourites, as they are in virtually every tournament, and New Zealand will be very strong but I’m sure the Pacific nations are hoping to have something to say about that.

“It’s going to be very tough for England coming up against Samoa in the first game but that’s what you want, you want to see the best players from the NRL playing for their countries in England in the World Cup.

“You want the most evenly contested World Cup ever and I’m sure it will be.”

Morley was speaking on behalf of Salford Red Devils Foundation as part of Three Lions Week, the Rugby Football League initiative to inspire people to get involved in the sport ahead of the World Cup.

Clubs across the country have been throwing open their doors and putting on activities all week, with many high-profile names dropping into community sessions to get behind the initiative.

“It’s such an inclusive sport – we’ve got the physical disability, learning disability, the women’s, veterans.

“I’m a Salford lad and proud of that and I’m more than happy to do anything to help out.

“Community rugby league is how I got my opportunity as a kid – there’s more people playing rugby league now than ever before – it’s fantastic.”