Serena Williams reveals Tiger Woods was behind her return to tennis 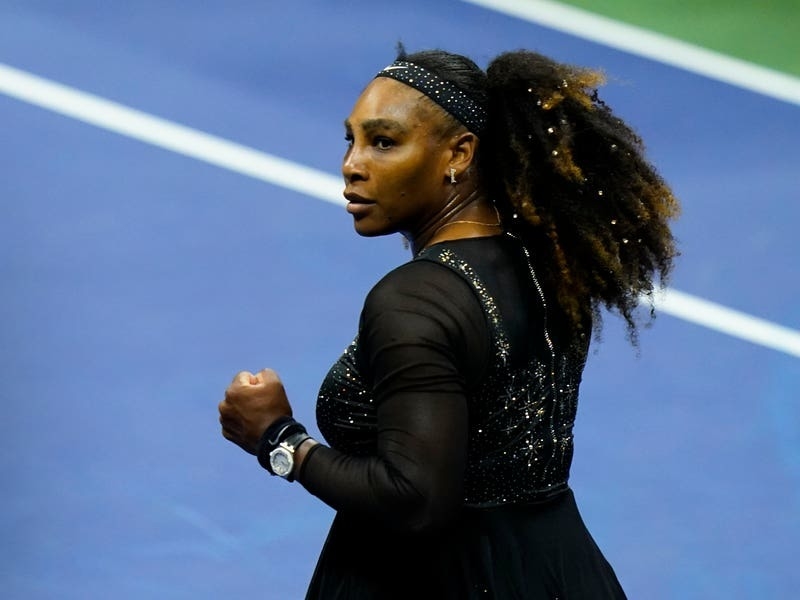 Serena Williams hailed the influence of Tiger Woods after the golfing great persuaded her to return to the court and then cheered her on to victory over second seed Anett Kontaveit at the US Open.

This was a sparkling performance from the diamond-clad veteran, who produced her best tennis since reaching the Australian Open semi-finals last January to win 7-6 (4) 2-6 6-2 and reach the third round.

The dream ending – a record-equalling 24th grand slam singles title in her final tournament – is still a long way away, but this display showed that it might just be a possibility.

She said of the golfing great on Wednesday: “He’s one of the reasons I’m here, one of the main reasons I’m still playing. We talked a lot. He was really trying to get me motivated.

“There’s a few people, but we were like, ‘OK, we can do this together’. It was good, because I didn’t know what I wanted to do. I was just lost, so many questions. When you can rely on someone like that – I mean, my goodness, he’s Tiger Woods – it was really helpful to get clarity.”

Coming back to the sport is certainly looking a wise move now, and Williams, who next faces Australia’s Ajla Tomljanovic, clearly believes she has more to offer.

“It’s no rush here,” she said. “I’m loving this crowd. There’s still a little left in me. We’ll see. I’m a pretty good player, this is what I do best. I love a challenge and I’m rising to the challenge.

“I’m just looking at it as a bonus. I don’t have anything to lose. I’ve had an X on my back since 1999. I really enjoy just coming out and enjoying it.”

There was not quite the same electricity as there had been on Monday night and a few more empty seats as once again the tournament played a montage declaring Williams the greatest of all time before she walked out on court.

Like Danka Kovinic before her, Kontaveit was left to busy herself on court, the second seed but very much the supporting act on tennis’ biggest stage.

Support from the stands was, of course, virtually entirely for Williams. The crowd may have come more in hope than expectation but it quickly became clear the 40-year-old was here to play.

Williams had moved well against Kovinic and it was the same here, while her strokes showed conviction and her serve, the best in the history of the women’s game, was firing.

Arthur Ashe Stadium erupted when Williams broke serve to lead 5-4 and, although she could not serve out the set, she held her nerve in the tie-break.

The celebration was understated for the job was only half done, and Kontaveit, who, despite her ranking, has struggled since contracting Covid-19 earlier this year, responded well at the start of the second set, upping her aggression and going on to level the match.

That made the early stages of the decider crucial and, to the delight of the crowd, it was Williams who stepped up again, producing her best tennis of the match to move into a 4-1 lead.

And both last year’s finalists have now exited, with Leylah Fernandez beaten 6-3 7-6 (3) by Russia’s Liudmila Samsonova.