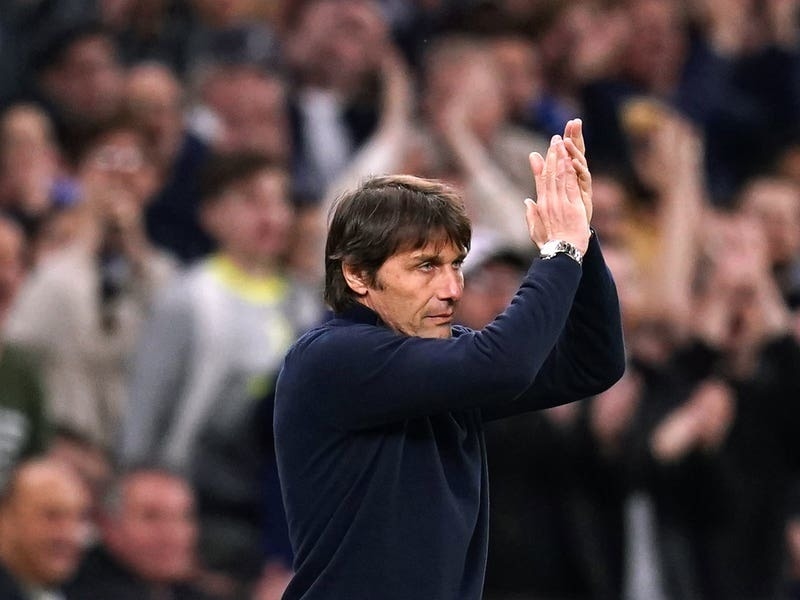 Antonio Conte believes the sense of anticipation around Tottenham is justified given their transfer activity and he wants fans to dream big ahead of the start of a new season.

Spurs entertain Southampton on Saturday in their Premier League opener with several signings set to be on show after the club enjoyed one of their strongest and most stable summers for a long time.

Ivan Perisic’s arrival in May got the ball rolling before Fraser Forster, Yves Bissouma, Richarlison and Djed Spence followed while Clement Lenglet has also joined on loan from Barcelona. The feeling is Tottenham are not done there and it has lifted expectations.

While upsetting the Manchester City and Liverpool apple cart looks an unlikely goal, Conte sent a message to supporters on the eve of their first match.

He said: “I have to be realistic, but I am a dreamer. We need to be dreamers because if you are dreamers then that together with the work can bring you something incredible in your life.

“In the past that has happened many times but at the same time, you have to be realistic and see the reality.

“It is good for our fans to be excited because if they see that we are going in the right direction with a good vision, that the club is totally involved in this project and process, for these reasons they have to be excited. And the players and I will go together.”

Parallels can be drawn between Conte’s sentiments and the view of the late Bill Nicholson, Tottenham manager the last time they were English champions in 1961.

Nicholson memorably recalled: “It is better to fail aiming high than to succeed aiming low. At Spurs we set our sights very high, so that even failure will have in it an echo of glory.”

Glorious failure has been synonymous with Tottenham almost since the Nicholson era but many supporters feel Conte can at the very least end the club’s trophy drought which dates back to 2008.

“For sure the fans are right to be excited. I am excited because I am happy and living this time with joy,” the Italian insisted.

“We are going in the right way and have started along a path. If we are good to follow this path, we can reach an important level in the future.

“After only seven months if I start to speak about winning the Premier League and Champions League and this trophy or that trophy, it would be presumptuous and arrogant, but from my experience I feel we have started a good path and must continue to follow this path.

What Conte and the rest of his rival managers in the Premier League must deal with this season is a six-and-a-half-week pause in competition during the winter months.

The Qatar World Cup begins on November 21 and lasts until December 18 leaving a real sense of the unknown for when domestic top-flight football resumes on Boxing Day.

“In my opinion – and what I’ve asked of my physical coach – is to work and prepare very well for these four months and be focused on these four months. The most important thing is to get good results and not to try to think for the future.

“It will be very important to go step by step, game by game, then you start the Champions League and you have to be ready to overcome your group and and then we’ll see. A lot of strange things can happen.”