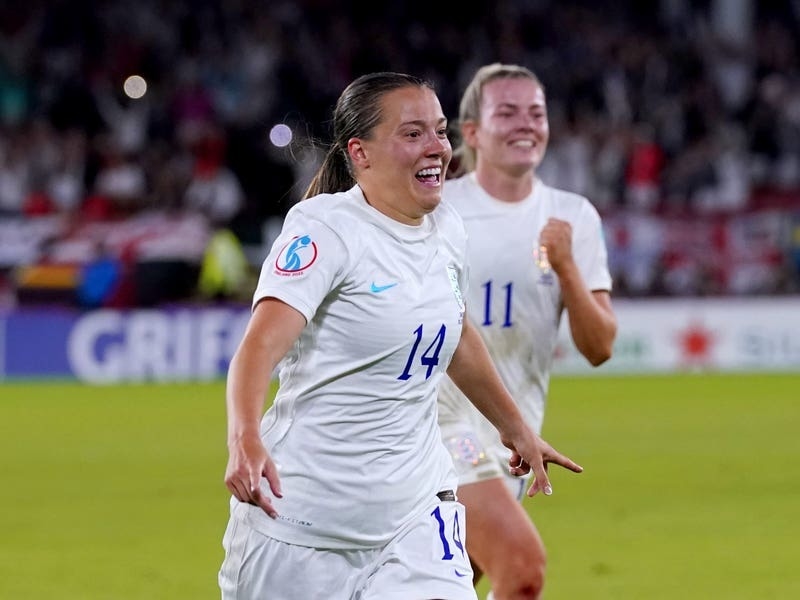 England have reached the Euro 2022 final after beating Sweden 4-0 at Bramall Lane in the last four.

Here, the PA news agency looks back at England’s run to the final.

In front of a competition-record crowd of 68,871, Mead continued her fine goalscoring form by putting the Lionesses in front in the 16th minute.

Lauren Hemp was denied by a fine Manuela Zinsberger save in first-half stoppage time, while England and Manchester United goalkeeper Mary Earps did well to push away a Barbara Dunst effort after the break.

The tournament hosts scored six times in a rampant first-half display, with Georgia Stanway’s 12th-minute penalty and a finish from Hemp three minutes later being followed by a brace apiece from Ellen White and Mead.

That equalled the most amount of goals scored by one team in a Euros match, and England went on to set a new record for the most emphatic victory at a finals, surpassing their 6-0 win over Scotland in 2017, following an effort from substitute Alessia Russo and Mead completing her hat-trick.

Northern Ireland managed to keep them at bay until the 40th minute when Fran Kirby’s lofted curled strike broke the deadlock.

Mead quickly doubled the advantage with her fourth goal of the tournament just before half-time and Russo, having replaced White at the interval epitomised the impact substitute role by finding the net twice.

England’s fifth came when Kelsie Burrows sliced the ball over goalkeeper Jacqueline Burns and into her own net.

Stanway then sparked delirium among the 28,994 crowd in attendance by firing a stunner past Sandra Panos six minutes into extra-time as England secured a place in a fourth successive major tournament semi-final.

Mead’s sixth goal of the tournament set England on their way to Sunday’s final as they went on to run riot in Sheffield.

The Arsenal player had her back to goal in the 34th minute but turned and fired past goalkeeper Hedvig Lindahl to give England the lead. The Lionesses quickly doubled their advantage after the break when Lucy Bronze headed home from a corner.

England rubber-stamped their place at Wembley with a innovative Russo backheel through Lindahl’s legs in the 68th minute and Kirby added gloss to the scoreline with a chipped goal in front of a buoyant crowd of 28,624 at Bramall Lane.