Michael Atherton believes Brendon McCullum’s appointment could be inspired one 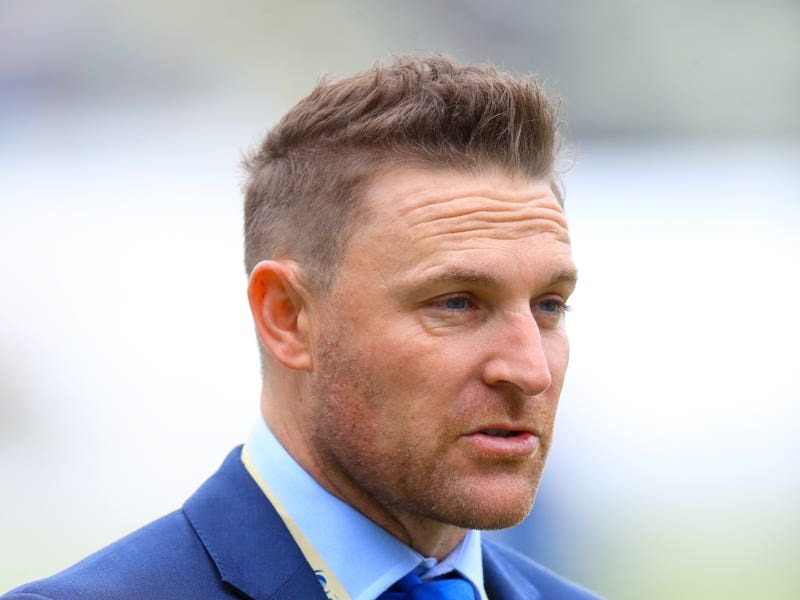 Brendon McCullum’s appointment as England’s new head coach of the Test team could turn out to be an inspired choice, according to former captain Michael Atherton.

The former New Zealand skipper will leave his job at Indian Premier League franchise Kolkata Knight Riders to take over a red-ball side that has fallen to bottom place in the World Test Championship.

The 40-year-old has never coached at first class or Test level, but he is renowned as one of the sport’s most progressive thinkers and dynamic leaders.

McCullum is understood to have agreed a four-year contract, edging the likes of Gary Kirsten, whose credentials with South Africa and India had once made him favourite to land the job.

Atherton believes if McCullum can make the same impact he did as Black Caps skipper, then England should be able to move forward with confidence for the challenges ahead.

“It is a very bold and imaginative choice and it could be an inspiring choice for (director of men’s cricket) Rob Key with his first major decision,” Atherton said on Sky Sports News.

“To give Brendon McCullum the Test job – a week or so ago, I don’t think that was on anybody’s radar, so he has not made the obvious choice here, but I think it’s a very bold choice actually.

“He is a nice fit with Stokes, they both approach the game and play the game in a similar manner.

“They will look to get a very clear message, captain and coach, from the same page, to a team that now you expect to have given a bit of freedom and licence to play.

“Neither Stokes nor McCullum are shy characters when it comes to playing cricket – they like to take the game on and play it aggressively.

“(You would think) McCullum as coach is going to be very similar to McCullum as a player and as a captain.”

“He did play 100 Tests, he scored a Test match triple 100 and he was very significant Test cricketer in his own right,” the former England opener said.

“As captain, he really led New Zealand into a brave new era of cricket really from the moment that he took over.

“He led boldly and fearlessly transformed that New Zealand team to the point at which he laid the foundations for Kane Williamson’s team which became Test champions and have been very significant players in ICC events.

“So, as a captain and as a leader, he has got plenty of experience in Test match cricket.”

“There are two ways you can look at it, that he has not had any red-ball coaching experience and is not that long finished out of the game himself, or you say, ‘The bloke is full of confidence, knows how to get the best out of people and has done that through the whole of his career’, so let’s look at it as a very positive and exciting appointment,” Farbrace said on Sky Sports News.

“His (New Zealand) sides were always on the front foot and positive, you knew you had a game with them, but they played the game in the right way.

“He always talked to his players about why we play the game and I think that attitude will be fantastic for this England team.

“We have got a lot of talent in this team, we just have not got the best out of them to free them up to go and play without the weight of the world on their shoulders – the combination of Brendon and Ben Stokes can allow that to happen.”