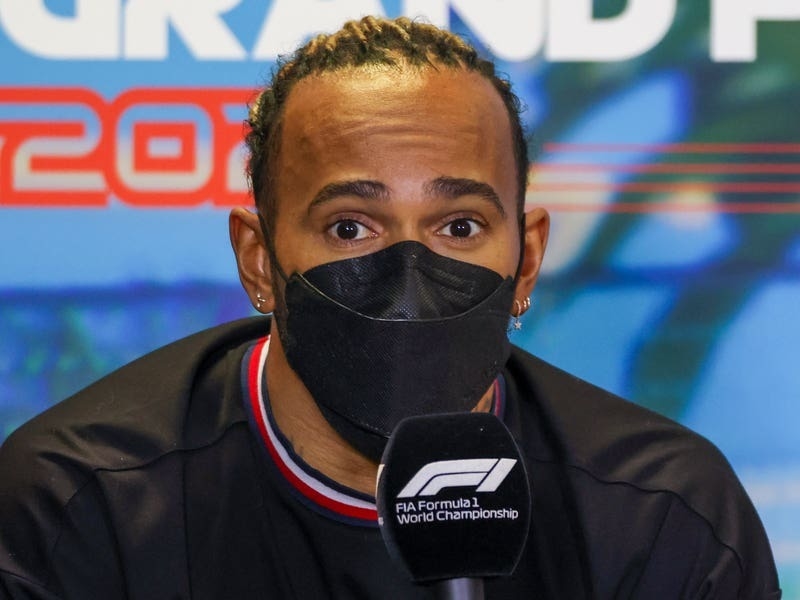 Lewis Hamilton will be in Formula One for many more years, Mercedes boss Toto Wolff has claimed despite the Briton’s dissatisfactory start to the new season.

Hamilton’s chance of winning an eighth world championship this year is hanging by the slightest of threads after just two rounds.

The 37-year-old’s Mercedes team have been left trailing by rivals Red Bull and Ferrari. Hamilton is already 29 points behind championship leader Charles Leclerc, and will start fifth for Sunday’s Australian Grand Prix after he qualified one second back from the Monegasque.

Hamilton’s remit is to win, and although he is only starting the first of a new two-year deal which is expected to earn him £80million, he will not be content on making up the numbers.

So, could his under-performing Mercedes machinery send him to an early retirement?

“No,” said Wolff in an interview with the PA news agency.

“You can only walk away if you don’t like what you do any more, but Lewis loves doing this.

“And isn’t it a great challenge for him? He was at McLaren. He then went to Mercedes when it wasn’t great, and has won six titles here. The team has got it wrong now, but he can be a part of the rise again.”

Mercedes have dominated the sport since 2014 – enabling Hamilton to become the grid’s most decorated star. But the Silver Arrows, winners of the past eight constructors’ titles, have failed to get on top of the new regulations.

Wolff, who has overseen the team’s unprecedented success, added: “I don’t sleep, and that is not because of jet lag. I am not sleeping because I am beating myself up on how to get on top of these things. It is a miserable state of mind.

I have to look for solutions, and I am trying to improve myself in order to extract more performance

“But in a way, you cannot be miserable. I have to look for solutions, and I am trying to improve myself in order to extract more performance. It is the same for Lewis. I see an upbeat Lewis when we start the day, and then a downbeat Lewis when the session has gone worse than expected.

“I have had to stop thinking in terms of sessions and weekend, but about years and there will be years like this one where we have really bad weekends, but these weekends are necessary to learn.

“Are we going to fight for the world championships? My expectation from a pure mathematical stance is no, we are too slow. This needs to be a blip and not a long-term downward spiral. It will be a blip, and that is why we need to get it right now – not on the stopwatch, but mentally.”

In a recent and candid Instagram post, Hamilton said it is a constant effort to keep going, and that he has struggled mentally and emotionally for a long time.

Wolff has also revealed his own inner demons, spending more than 350 hours of therapy in the past two decades.

“I have spoken a lot about mental health with Lewis since we got close in 2016,” he added.

“Everybody is different, but maybe we are similar in terms of how sensitive we are to certain things, negative and positive. This is a constant narrative between us, and for him as a sportsperson, and me as a manager, if you suffer from these things you need to be vocal.

“It would have helped me an awful lot when I was in my 20s and I could have looked up to a Toto or a Lewis to hear that they don’t have it easy either. Back then I was desperate at times thinking I was never going to make it because I have a weakness.

“But it is not a weakness, so that is why we speak openly about it. It is great for a kid to see that you can still be a world champion, while not feeling 100 per cent about yourself.”