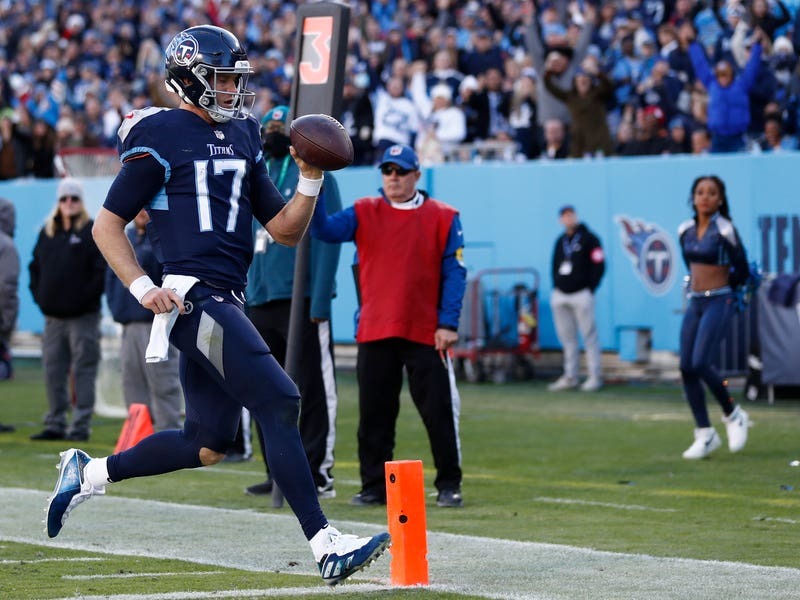 AFC South leaders the Tennessee Titans returned to winning ways as they saw off the Jacksonville Jaguars 20-0 in Nashville.

After defeats to the Houston Texans and the in-form New England Patriots, the Titans defence came out on top at Nissan Stadium as Jaguars rookie quarter-back Trevor Lawrence was sacked four times.

D’Onta Foreman and quarterback Ryan Tannehill both ran in touchdowns as the Titans edged closer to again clinching the AFC South title, while Jacksonville lost their fifth successive match.

The Chiefs produced five turnovers in what was a new record largest victory margin over the Raiders, with Clyde Edwards-Helaire scoring two touchdowns during the second quarter.

It was a sixth straight win for the Chiefs since losing to Tennessee at the end of October, while the Raiders now sit 6-7 at the bottom of the division.

The Ravens – chasing their own place in the post-season – fought back with two touchdowns during the fourth quarter, but just could not close up enough and suffered a second straight defeat.

NFC East leaders the Dallas Cowboys brought Washington’s winning run to an end with a 27-20 victory at FedEx Field.

The Cowboys forced four turnovers and had five sacks during a strong defensive display in the first half, which saw them open up a 24-0 advantage as Greg Zuerlein kicked three field goals.

Washington looked to mount a recovery with three unanswered touchdowns in the second half, but the Cowboys held out in what was a tense finish.

During the fourth quarter, Cowboys’ offensive tackle La’el Collins was ejected after he and team-mate Ezekiel Elliott became involved in a scuffle with Washington line-backer Williams Bradley-King.

Matt Ryan threw for 190 yards and a touchdown while Mykal Walker returned an interception for a 66-yard score at the Bank of America Stadium.

Victory sees the Falcons move to 6-7, which keeps alive their play-off hopes.

The Seattle Seahawks beat the Houston Texans 33-13 at NRG Stadium to record successive wins for the first time this season.

The New Orleans Saints ended a five-game losing streak with a 30-9 victory over the New York Jets.

A fourth defeat in the past five matches sees the Jets sit bottom of AFC East on 3-10.

Aaron Rodgers threw for four touchdown passes and 341 yards as his Green Bay Packers went 45-30 over the Chicago Bears, the Denver Broncos backs combined for the same number of scores in a 38-10 victory against the Detroit Lions and the New York Giants fell 31-21 to the Los Angeles Chargers.

The Cincinnati Bengals were beset by errors in a 26-23 loss to the San Francisco 49ers, while veteran quarterback Tom Brady tossed his 700th touchdown for the winning score as the Tampa Bay Buccaneers were 33-27 victors over the Buffalo Bills.