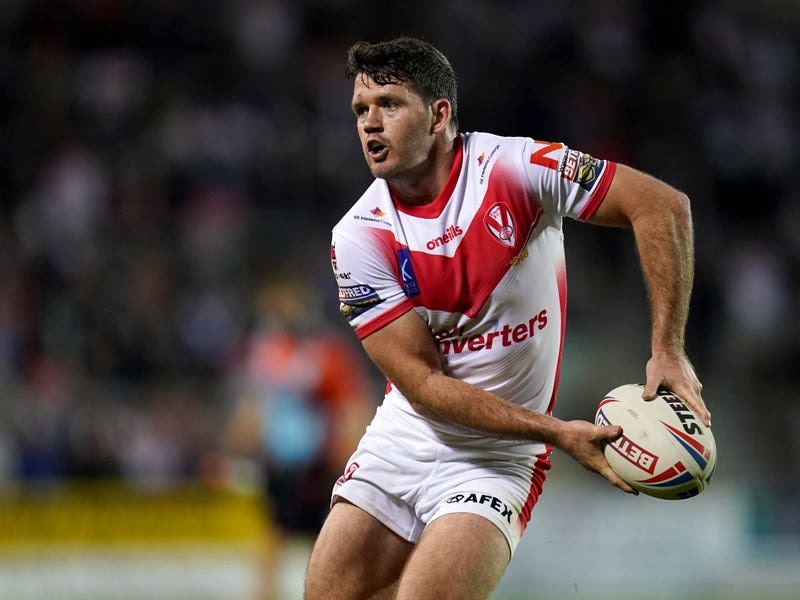 Lachlan Coote admitted moving to Super League was a gamble but on Saturday he can hit the jackpot.

The Scotland international full-back hit a low three years ago when, unwanted by the North Queensland Cowboys, he began contemplating moving into the second-tier Queensland Cup to wind down his career.

But then St Helens came calling and, after signing a three-year deal, he has not looked back.

He helped Saints end a five-year wait by winning the 2019 Grand Final in his first season in England and played a key role in their title retention last November.

Now he has the chance to bring the curtain down on his Saints career on a high by completing the hat-trick when they take on Catalans Dragons at Old Trafford on Saturday.

“The main reason I signed was to try to win a trophy so to go back to back and then go to a third Grand Final is a great achievement,” said Coote, who is joining Hull KR for 2022.

“It would be unreal to go back to Old Trafford and finish on a high there.

“I had a bad year in 2018 with a run of injuries and a coach that probably didn’t want me to be there. You then start questioning yourself and your self-confidence.

“It was a case of thinking I’d go back to a Queensland Cup team and finish off my career there but then Saints came into play and I took the gamble of moving the family all the way across the other side of the world to chase something.

“I tried to prove a point to myself my career wasn’t ended.

Coote, who also won the Challenge Cup with St Helens this year, is acutely aware of the Catalans’ potential to spoil the party, particularly after their dramatic victory over them at Magic Weekend.

The French side trailed 30-18 with just five minutes left but ran in three converted tries to send the game into extra time and won it with a golden-point drop goal from James Maloney that also clinched the League Leaders’ Shield.

“That was definitely a good lesson for us, switching off and getting comfortable,” Coote said. “Catalan showed they’re a great side at chasing points.

Meanwhile, Coote is relishing the prospect of running out in front a big crowd at Old Trafford after playing in front of an empty stadium in Hull last year.

“It’s going to be totally different,” he said. “Last year didn’t really feel like a Grand Final but I’m sure this year it’s going to be back to the old ways.