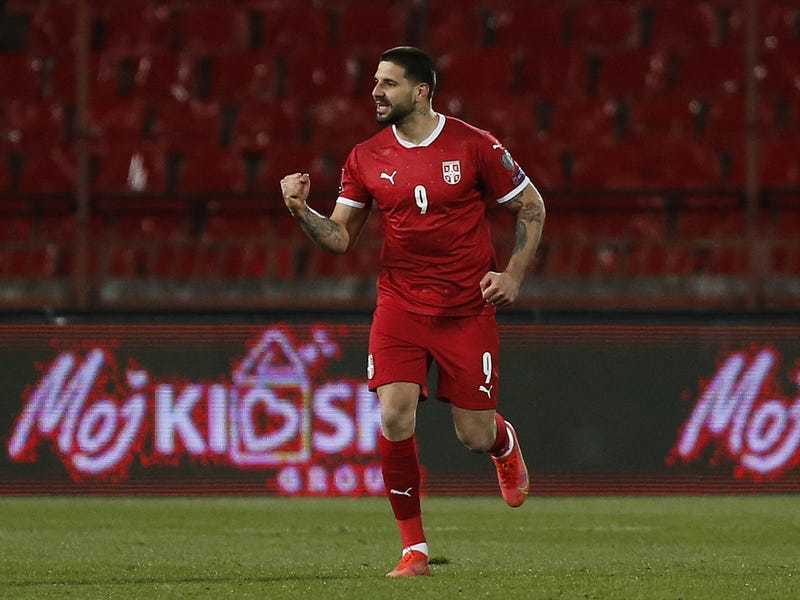 Head coach Dragan Stojkovic will make a late decision on star striker Aleksandar Mitrovic ahead of Serbia’s World Cup qualifier against the Republic of Ireland in Dublin.

The 26-year-old Fulham frontman suffered a facial injury during Saturday’s 4-1 Group A victory over Luxembourg in which he scored twice to take his tally for the campaign to date to seven goals in just four matches.

If he makes it onto the pitch at the Aviva Stadium, Mitrovic, who also scored a double against Ireland in Belgrade in March, will represent a major threat to the Republic’s hopes of belatedly breathing life into their bid to make it to the finals, and Stojkovic could not be more pleased to have him at his disposal.

Asked why the former Newcastle marksman was so effective, he said with a smile: “Because I am good. Finally he found a great coach.”

Stojkovic added: “He has quality as a striker and there’s no doubt that he has quality for the Premier League.

Mitrovic’s goals at the weekend took him to 43 for his country and extended his own national record, and his potency at international level is in contrast with the difficulties he has had in the Premier League with both the Magpies and his current employers.

Asked why that might be, Stojkovic said: “First of all, we try to play very attractive and very attacking football and every striker in the world likes that, not only Mitrovic. That’s why maybe he is really, really motivated to do his best.

“Finally, he is a striker who is really keen in the area. I don’t know at Fulham how it works, but any time he comes to the national team and he plays the style of football which we want to deliver to the public, I think he likes it, it feels very comfortable.

Serbia currently lead the group from Portugal on goal difference and with only one automatic qualification place up for grabs, headed for Ireland determined to leave with another three points to maintain their lofty position.

Stojkovic said: “Yes, we’ve come here to try to win. We know it will be a very difficult game, but we believe in our football and believe we can get another three points.

“If you want a team to go far, of course you must win. It’s a difficult one, but we will try to do our best.”