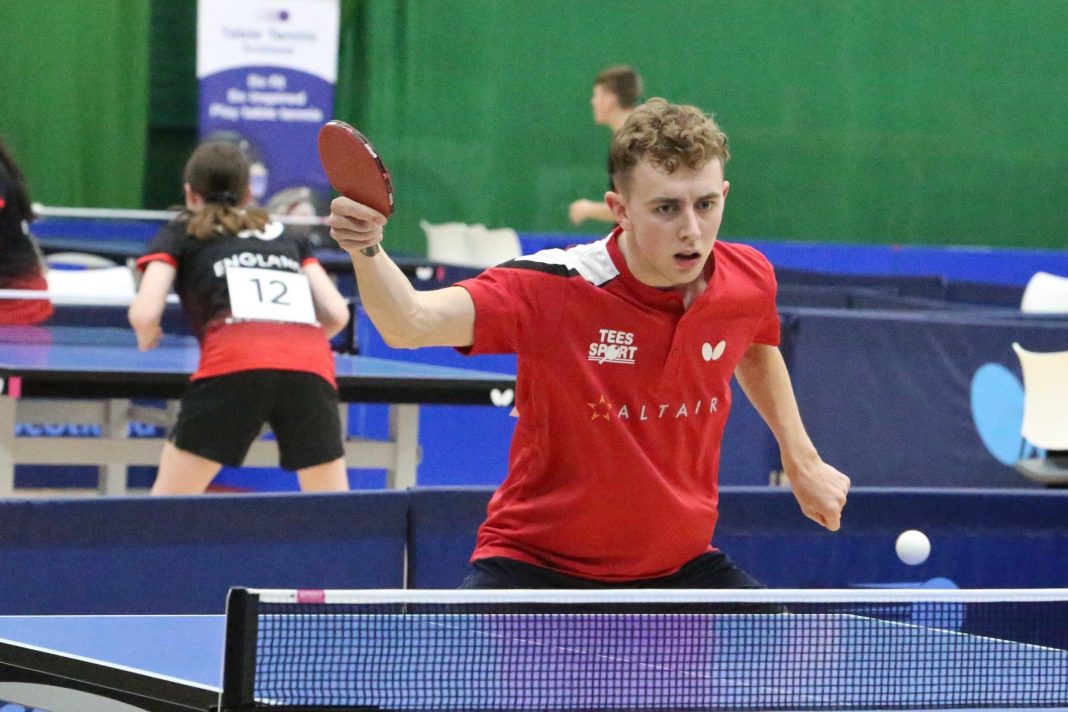 He hopes that the sport can now build momentum and inspire a new generation to get involved.

In all the team brought home ten medals from the Home Countries Internationals which was staged at the National Sports Centre at Largs, Scotland.

Included in that was an unbeaten run for under-15 Hannah Silcock, who beat the top English seed in her final and has now been invited to trial for the newly formed Junior GB squad next weekend.

Miller beat teammate Jordan Wykes in the men’s final 3-0, while the pair also won the senior men’s team competition for the first time.

They competed against players from England, Scotland, Ireland and Wales –with Guernsey and the Isle of Man not sending a team.

Miller admitted that in the lead-up to the tournament he had not been playing his best table tennis.

‘I’ve struggled a little with illness, it’s my first year at uni and all the challenges and distractions that come along with that,’ he said.

But he went into the weekend healthy and not putting any pressure on himself.

He said the medal haul was by far the best performance the team had had in the championship, highlighting the winning run by Hannah.

Miller came into the sport as he wasn’t keen on team sports and wanted to do something different to what everyone else was.

At the Geoff Reed Table Tennis Centre he grew up playing alongside Wykes, so when they met in the singles final they were both very familiar with each others game.

‘He’s always been there and always a top player. He’s the number one player, the result doesn’t change that, and that shows the strength of table tennis in Jersey right now.’

Wykes was undefeated in the team event.

‘I’ve got to thank Jordan and Vidal Graham the coach who were giving me lots of skills and helping me learn different mental and psychological tactics that really helped me over the weekend and the final,’ said Miller.

The scoreline in that final did not do his

‘We know how to play each other, we’re familiar with each others styles,’ he said.

‘I’ve a couple of tactics I will keep to myself against how he plays and how I can make a difference, but really I just tried to enjoy the experience.’

He said that in some respects there was less pressure because of who he was playing against: ‘Jersey wins either way.’

The pair and Hannah now have their eyes on qualifying for the Commonwealth Games in Birmingham, which takes place between 28 July and 8 August next year.

Next up for Miller is the British University Individual Championships in Nottingham this weekend.

Para-athlete Grace given the Games experience

Hidrio delighted with his place among elite