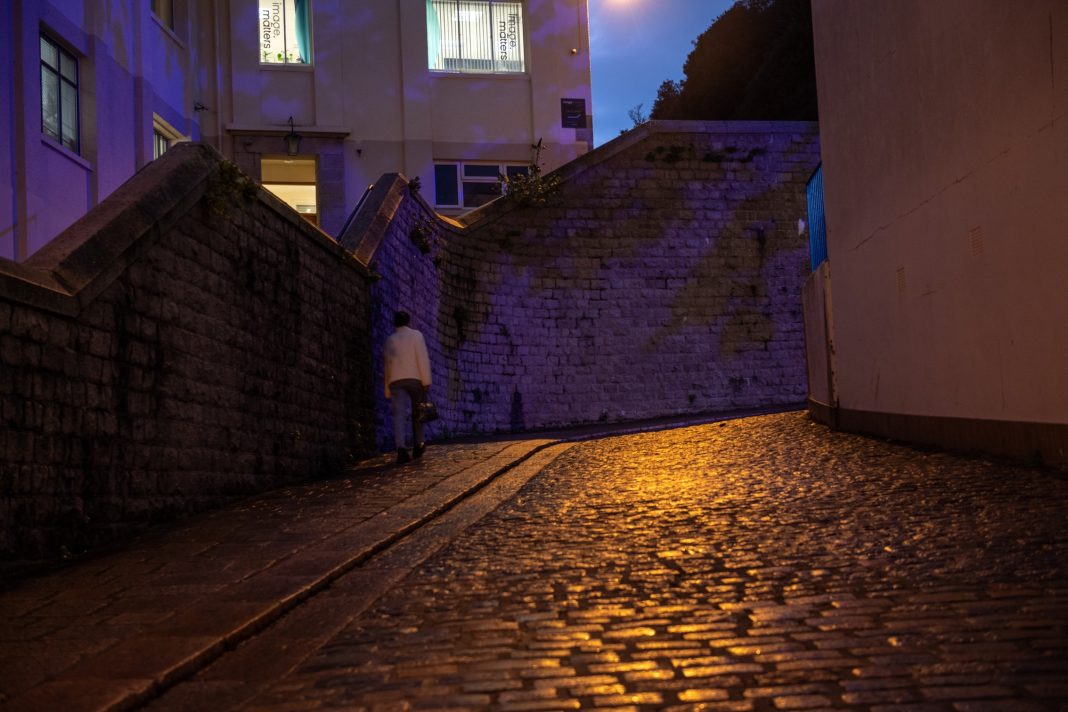 HOTSPOTS for sexual harassment and abuse have been identified across town after women and girls shared experiences and pinpointed streets where they felt unsafe.

The information has been gathered by a new taskforce on gender-based violence which is aiming to tackle the issue. In their testimonies, the women spoke of being sexually harassed and threatened by groups of drunk men.

Women of all ages and backgrounds are being urged by the Violence Against Women and Girls Taskforce to say in which areas of the Island they feel unsafe and why, in an online survey calling for evidence from the public before it closes next Saturday. The research will then feed into a report, with recommendations due to be presented to the government in April.

The taskforce is also encouraging as many residents as possible to fill in a ‘heat map’ to show which roads are perceived as dangerous and to suggest changes which could make them feel safer.

The ‘heat map’ has already revealed that Snow Hill, Colomberie, Halkett Place, Le Geyt Road and Cheapside are particular hotspots where women feel unsafe and that St Helier has the highest number of areas that are perceived as problematic by women and girls.

In addition, the taskforce would like people to share their experiences anonymously to help them develop recommendations for the government on how to tackle violence against women and girls in future.

The taskforce’s chair, Kate Wright, is keen to stress that any comments made will be completely confidential: ‘People are very fearful of coming forward, especially if they haven’t lived in the Island for five years as they have got no real rights. They are afraid they might lose their jobs or even be deported if they complain.

‘But I want to reassure them this is a truly independent taskforce and their anonymity will be absolutely protected.’

In October, Lloyd William Evans (45) was jailed for six months for groping a 17-year-old girl in Chambers nightclub.

The case prompted dozens of women to share their experiences of being groped in Jersey nightclubs and sparked a special report in the JEP about the extent of the problem in the Island.

The heat map is also full of suggestions from residents on how to make women and girls feel safer, which include:

‘This is a point in time now in Jersey when we’re trying to understand the extent and nature of the problem here. Almost every woman has experienced everyday sexism and harassment and we want to hear about it.’

She added: ‘I think the culture has changed. Thirty years ago certain things were accepted and so they’ve continued, but now I don’t think there’s an excuse for inappropriate behaviour. Women should feel empowered to speak up and challenge it and men should do so too.

‘No one should enter someone else’s personal space unless they have consent to do so. It is that simple. Being assaulted by a stranger is thankfully rare, but being assaulted by a man or boy you know is more common, which shows we need to educate men to know what isn’t appropriate and to call out bad behaviour in their peers.’

Deputy Doublet added: ‘It’s not just a woman’s problem, it’s everybody’s problem and it’s up to us to do something now so that our children don’t grow up in a place where there is violence against women and girls.’

However, she added that she had been ‘heartened over the years by the number of men who have challenged others when they saw inappropriate behaviour towards women’ and that if more men acted as allies towards women in this way things would change.

The objectives of the independent taskforce, formed in October at the request of the Home Affairs Minister, Deputy Helen Miles, are:

– To undertake research to understand the extent, attitudes to and experiences of violence against women and girls in Jersey.

– To examine the legal framework, services and support available.

– To make recommendations on how to improve the legislation, services and support.

Deputy Miles said at the launch: ‘The taskforce is fundamental to our Island’s progress in tackling all forms of violence against women and girls.

‘I look forward to the findings that will shape a strategy to make a real difference to Islanders.’