FURTHER measures to help Islanders get through a deepening cost-of-living crisis may be required once the fallout of ongoing global economic uncertainty becomes clearer, the Treasury Minister has said.

Deputy Ian Gorst said that ‘helping Islanders with budget pressures’ would remain a focus for the Council of Ministers as it moves towards delivering its first Government Plan.

However, he said that he did not support removing GST from essential food items, but did not rule out offering support to those with mortgages set to face higher repayments as interest rates rise.

Earlier this month, the States Assembly agreed a package of measures within the government’s emergency mini-budget designed to help those feeling the financial pinch amid a global cost-of-living crisis.

Islanders are facing the highest cost-of-living rises in more than three decades, with the most recent Retail Prices Index report – which measures the change in the price of goods and services purchased by an average household – pinpointing the annual rate of inflation at 7.9%, the largest 12-month jump since September 1991. In June last year inflation stood at 3.5%. 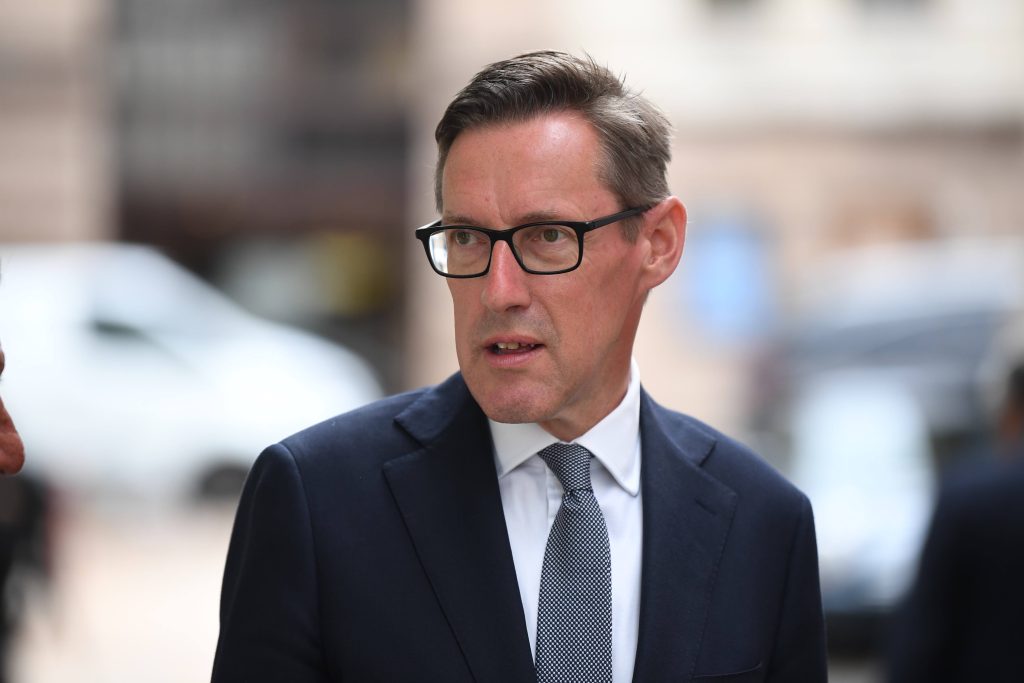 Speaking at a quarterly Scrutiny hearing yesterday, the Treasury Minister admitted that the economic volatility seen in the UK would probably have an impact on the Island, and the mini-budget proposals might already not do enough to support Islanders.

The UK government recently announced a series of tax cuts as part of its own mini-budget plans. However, the move has led to economic instability with the value of the pound crashing and fears that interest rates and inflation could rise at faster rates than initially predicted.

Deputy Gorst said: ‘The reality is that although inflation may not have risen quite as much as the Fiscal Policy Panel thought it would, the global volatility and the economic volatility of our neighbours to the north has increased since we brought forward the mini-budget proposals.

‘It is important to remind ourselves that the mini-budget is putting money back into Islanders’ pockets. What we don’t know is where interest rates will ultimately land. We don’t know if they will have the effect of reducing inflation levels and we don’t whether the tax cuts in the UK will be inflationary and therefore what the knock-on cost on supplies will be to us. It is an area we keep under constant review.

‘What you will see is the continuing theme of helping Islanders with budget pressures in the Government Plan.’

Reform Jersey Deputy Raluca Kovacs has confirmed that she intends to lodge a proposition next month to remove GST from food. GST was first introduced in 2008 at a rate of 3% before being upped to 5% in 2011, where it has remained ever since.

When asked by panel member Deputy Max Andrews whether he supported removing GST from essential items, Deputy Gorst said that he did not.

‘The introduction of GST followed the New Zealand model whereby it was broad and low and, in effect, therefore simple. The choice taken at the time was that we choose that approach or we choose a European-style VAT arrangement which is higher, not so broad, but extremely complex. That is a choice States Members continue to have,’ Deputy Gorst said.

The economic uncertainty and hikes in interest rates in the UK markets have resulted in over 900 mortgage products being withdrawn, while those coming towards the end of a fixed-rate period are set to face a huge increase in their monthly repayments.

Deputy Gorst said that the government was ‘considering’ whether support could be offered to Islanders with mortgages, but it was too early to say what that support might look like.

He said: ‘We are very much keeping a very close eye on the interest-rate rises and considering whether there are appropriate interventions that government could make in regard to support. As I say, this situation remains volatile.

‘We see forecasters considering the next monetary policy committee rise being 1.5% or even 1.75% and interest rates, perhaps, by the start of the new year, being up to 6%, although the forecast has tailed off a bit now.

‘We shouldn’t rush with a policy but we should be very mindful of the implications of a rising interest rate. We see local media reporting mortgage experts giving advice to Islanders who do currently have mortgages and that seems to me to be eminently sensible advice at this stage.

‘I wouldn’t want to commit to any particular action at this point but there are levers that the government can pull if it wanted to provide support.’